Cybersecurity researchers at the University of Michigan were able to hack into the leading “smart home” automation system and essentially get the PIN code to a home’s front door.

Their “lock-pick malware app” was one of four attacks that the cybersecurity researchers leveled at an experimental set-up of Samsung’s SmartThings, a top-selling Internet of Things platform for consumers. The work is believed to be the first platform-wide study of a real-world connected home system. The researchers didn’t like what they saw.

“At least today, with the one public IoT software platform we looked at, which has been around for several years, there are significant design vulnerabilities from a security perspective” said Atul Prakash, a professor of computer science and engineering at the University of Michigan. “I would say it’s okay to use as a hobby right now, but I wouldn’t use it where security is paramount.” 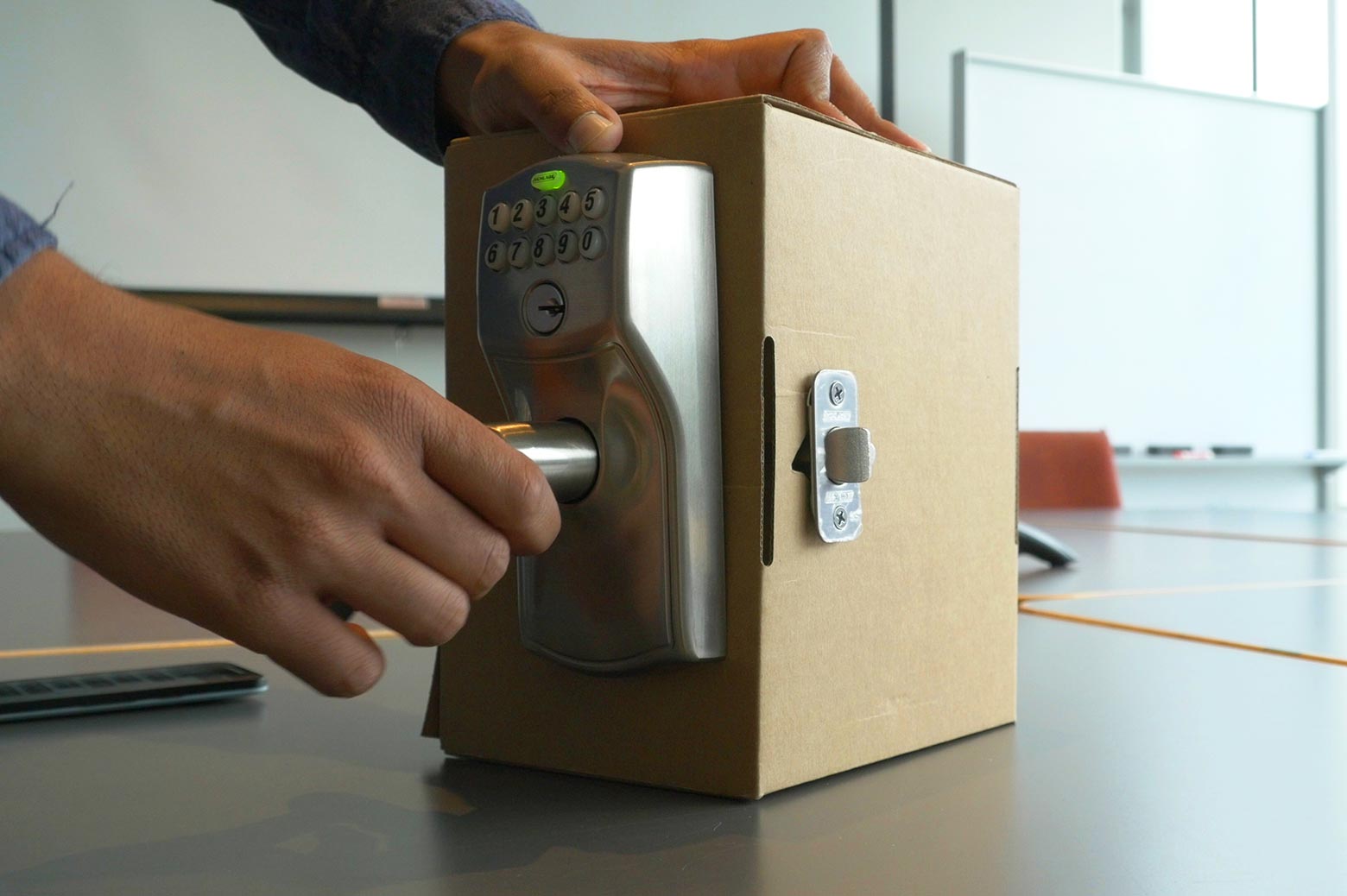 IMAGE:  University of Michigan cybersecurity researchers were able to hack into the SmartThings home automation platform and get the PIN code to a door lock. That’s one of four attacks they staged on the consumer-based Internet of Things platform. Credit: Kelly O’Sullivan, Michigan Engineering.

“Letting it control your window shades is probably fine,” added Earlence Fernandes, a doctoral student in computer science and engineering who led the study. “One way to think about it is if you’d hand over control of the connected devices in your home to someone you don’t trust and then imagine the worst they could do with that and consider whether you’re okay with someone having that level of control.”

Regardless of how safe individual devices are or claim to be, new vulnerabilities form when hardware like electronic locks, thermostats, ovens, sprinklers, lights and motion sensors are networked and set up to be controlled remotely. That’s the convenience these systems offer. And consumers are interested in that.

As a testament to SmartThings’ growing use, its Android companion app that lets you manage your connected home devices remotely has been downloaded more than 100,000 times. SmartThings’ app store, where third-party developers can contribute SmartApps that run in the platform’s cloud and let users customize functions, holds more than 500 apps.

The researchers performed a security analysis of the SmartThings’ programming framework and to show the impact of the flaws they found, they conducted four successful proof-of-concept attacks.

How is all this possible? The security loopholes the researchers uncovered fall into a few categories. One common problem is that the platform grants its SmartApps too much access to devices and to the messages those devices generate. The researchers call this “over-privilege.”

“The access SmartThings grants by default is at a full device level, rather than any narrower,” Prakash said. “As an analogy, say you give someone permission to change the lightbulb in your office, but the person also ends up getting access to your entire office, including the contents of your filing cabinets.” 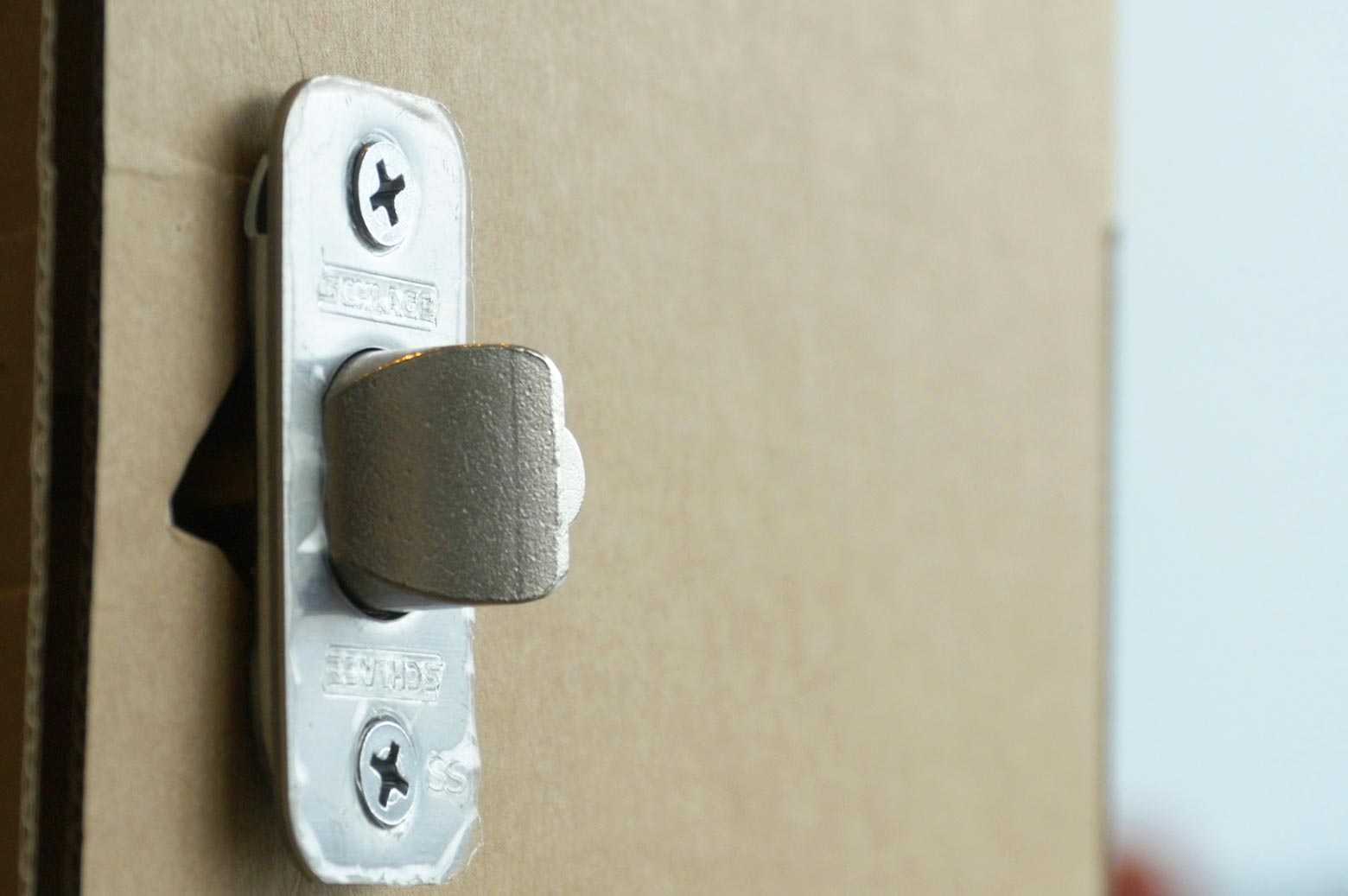 IMAGE:  University of Michigan cybersecurity researchers were able to hack into the SmartThings home automation platform and get the PIN code to a door lock. That’s one of four attacks they staged on the consumer-based Internet of Things platform. Credit: Kelly O’Sullivan, Michigan Engineering.

More than 40 percent of the nearly 500 apps they examined were granted capabilities the developers did not specify in their code. That’s how the researchers could eavesdrop on setting of lock PIN codes.

The researchers also found that it is possible for app developers to deploy an authentication method called OAuth incorrectly. This flaw, in combination with SmartApps being over-privileged, allowed the hackers to program their own PIN code into the lock – to make their own secret spare key.

Finally, the “event subsystem” on the platform is insecure. This is the stream of messages devices generate as they’re programmed and carry out those instructions. The researchers were able to inject erroneous events to trick devices. That’s how they managed the fire alarm and flipped the switch on vacation mode.

These results have implications for all smart home systems, and even the broader Internet of Things.

“The bottom line is that it’s not easy to secure these systems” Prakash said. “There are multiple layers in the software stack and we found vulnerabilities across them, making fixes difficult.”

The researchers told SmartThings about these issues in December 2015 and the company is working on fixes. The researchers rechecked a few weeks ago if a lock’s PIN code could still be snooped and reprogrammed by a potential hacker, and it still could.

In a statement, SmartThings officials say they’re continuing to explore “long-term, automated, defensive capabilities to address these vulnerabilities.” They’re also analyzing old and new apps in an effort to ensure that appropriate authentication is put in place, among other steps.

Jaeyeon Jung, with Microsoft Research, also contributed to this work. The researchers will present a paper on the findings, titled “Security Analysis of Emerging Smart Home Applications,” on May 24 at the IEEE Symposium on Security and Privacy in San Jose.

Microphones that “hear” light; microprocessors that “tell” us secrets; self-driving cars that “see” fake objects; sensors that “feel” the wrong temperature. Our devices are under attack in new, increasingly sophisticated ways. Security researchers at CSE are exploring the limits of hardware and finding new, sobering vulnerabilities in our computers and homes. | Long Read
Researchers
In the News
Christian Science MonitorNov 18, 2016
Vulnerable connected devices a matter of ‘homeland security’