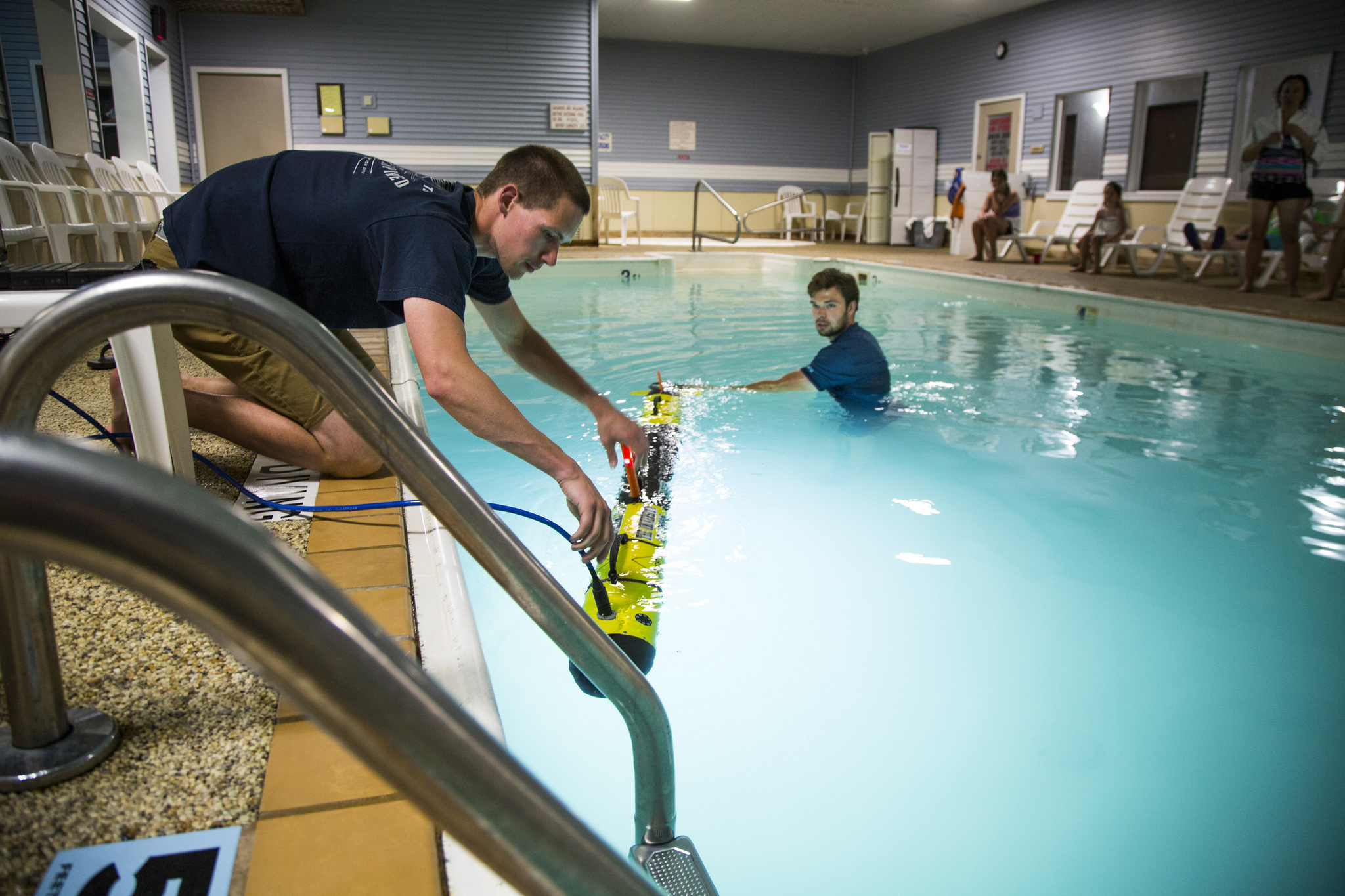 Nick Goumas, Research & Development Engineer, and Gideon Billings, Robotics Ph.D. Student at the DROP Lab, utilize the hotel pool in Alpena, MI to take pictures of a checkerboard with the underwater robot's cameras, calibrating the depth perception of the two cameras later in the lab. Matthew Johnson-Roberson, NAME Assistant Professor, and his researchers in the Deep Robot Optical Perception (DROP) Lab are using these fish as subjects for development of a neural network camera. The neural network camera is able to teach itself to identify round goby via a database of imagery and visual that DROP researchers provide. By producing these visuals of round goby in a variety of environment, the neural network camera is able to adjust to a variety of conditions in nature (such as murky or unclear water) and help users identify round goby. Being able to identify these round goby via such a camera will help reduce the amount of resources and time allotted to eliminating this invasive species. Round goby were first accidentally introduced to the Great Lakes in 1990 and have resulted in substantial reduction of snails and mussels, and eggs of native fish, which are important to the angling industry. Photo: Robert Coelius/Multimedia Producer, University of Michigan - College of Engineering