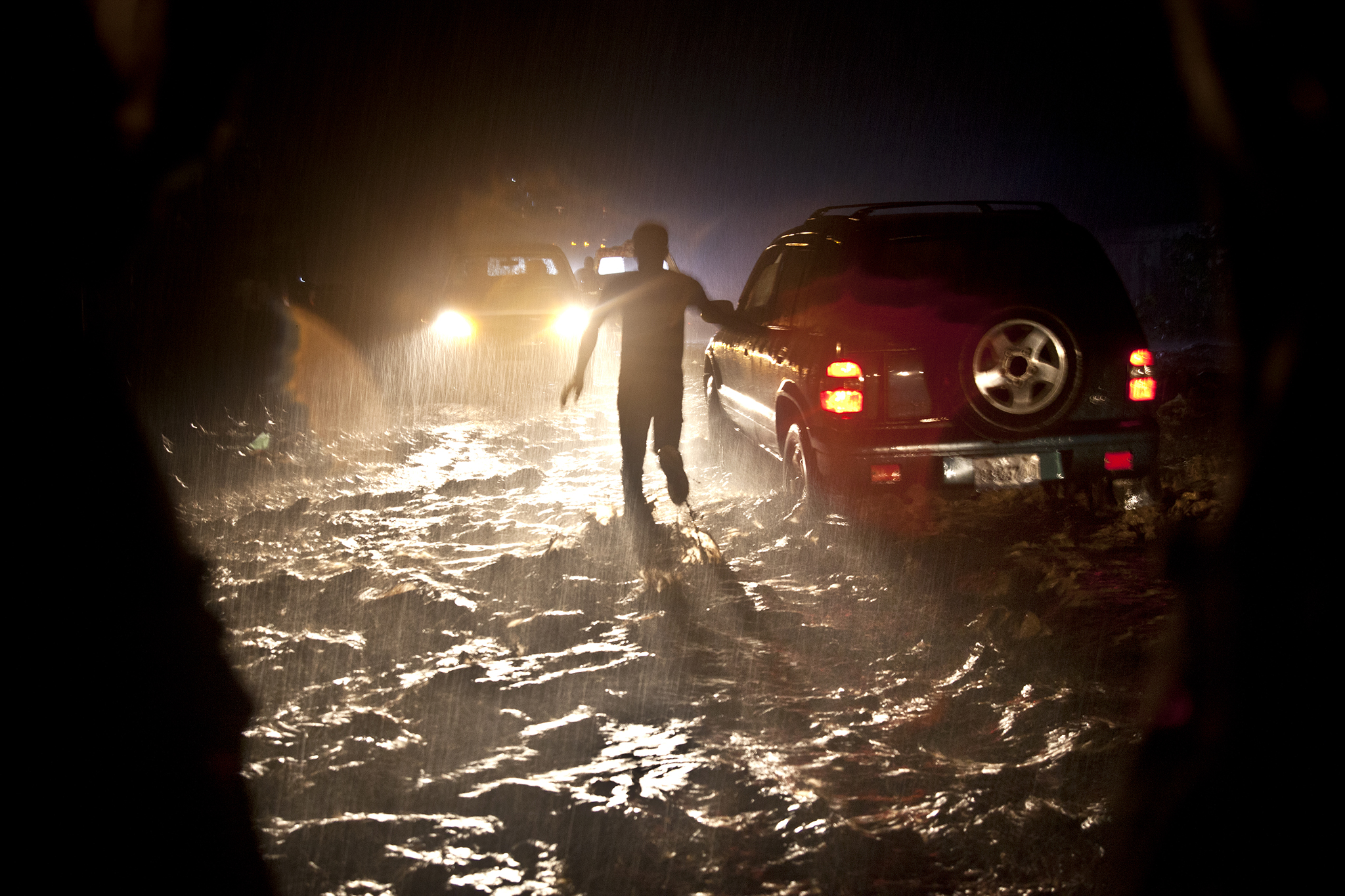 Corinne Joachim-Sanon and her team are caught in a major downpour that floods the outskirts of Cap Haitian and halts the traffic to a stop. Team members are crowded with freshly bought cocoa beans on the back of a pick-up truck as they are trying to make their way to the cocoa drying facility the same night. Beans must start drying within 24 hours of removal from the tree. The road got flooded by 2 feet of water that night and the team ended up staying overnight in a hotel in Cap Haitian, adding to the cost of cocoa purchase. Dramatic weather and underdeveloped infrastructure are some of the main challenges that Corinne Joachim-Sanon faces as she us trying to scale up her operation. Corinne Joachim-Sanon had the doors open to jobs in major corporations in the United States. She did an internship at L’Oreal, worked at Accenture and had an Industrial and Operations Engineering degree from the second best program in the country (Michigan Engineering). She added to that degree MBA from the Wharton School of Business. Ambitious, smart and focused, Corinne was set to quickly climb a corporate ladder. But the Haitian native was nagged by a different kind of ambition. She wanted to run her own business. She wanted to put her industrial engineering knowledge into practice as an entrepreneur. This New York City resident wanted to design and build a factory. A factory and a distribution network for her products. A factory that would provide well paying jobs to people in her native Haiti. Yes, Corinne wanted to make a profit as an entrepreneur, but she also wanted to help elevate the Haitian people’s economic conditions. She and her husband invested $160,000 of their own money to start the company. They used a building owned by Corinne’s grandfather as a factory location. Corinne did her research and decided to focus on chocolate since Haiti is known for providing specialty cacao for some of the best chocolate manufactures in the world. But rather than supplying the raw material, Corinne built the FIRST beans to bars factory in Haiti. They control the entire production and distribution process. The company Askanya gathers cacao from 3,000 farmers and distributes the chocolate bars to stores in the United States and Haiti. They have their eyes set on the likes of the Whole Foods as a future distribution network. Ouanaminthe, Haiti 11/05/16 Photo by Marcin Szczepanski/Multimedia Director and Senior Producer, University of Michigan