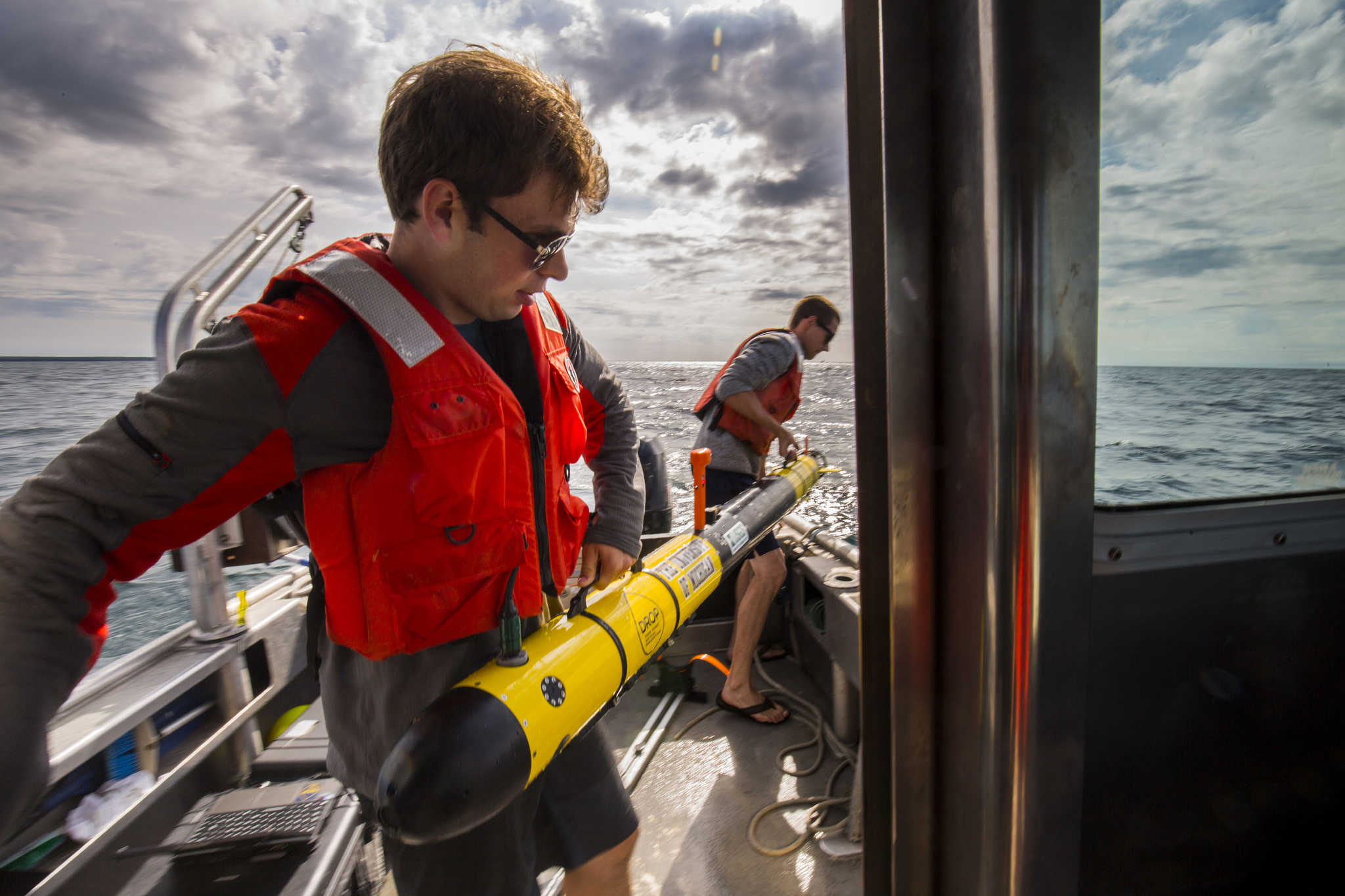 Nick Goumas, Research & Development Engineer and Gideon Billings, Robotics Ph.D. Student with the DROP Lab test out underwater robot on the Great Lakes. The overall project goal is to develop a proof of concept that autonomous underwater vehicles can conduct image surveys. This image data would then be post-processed with various neural networks to detect and record the numbers of fish and mussels of certain species. This system would then be used to determine the populations of these species across the great lakes. Photo by Robert Coelius/Multimedia Producer, Communications & Marketing, Michigan Engineering