A Memristor for Neurons 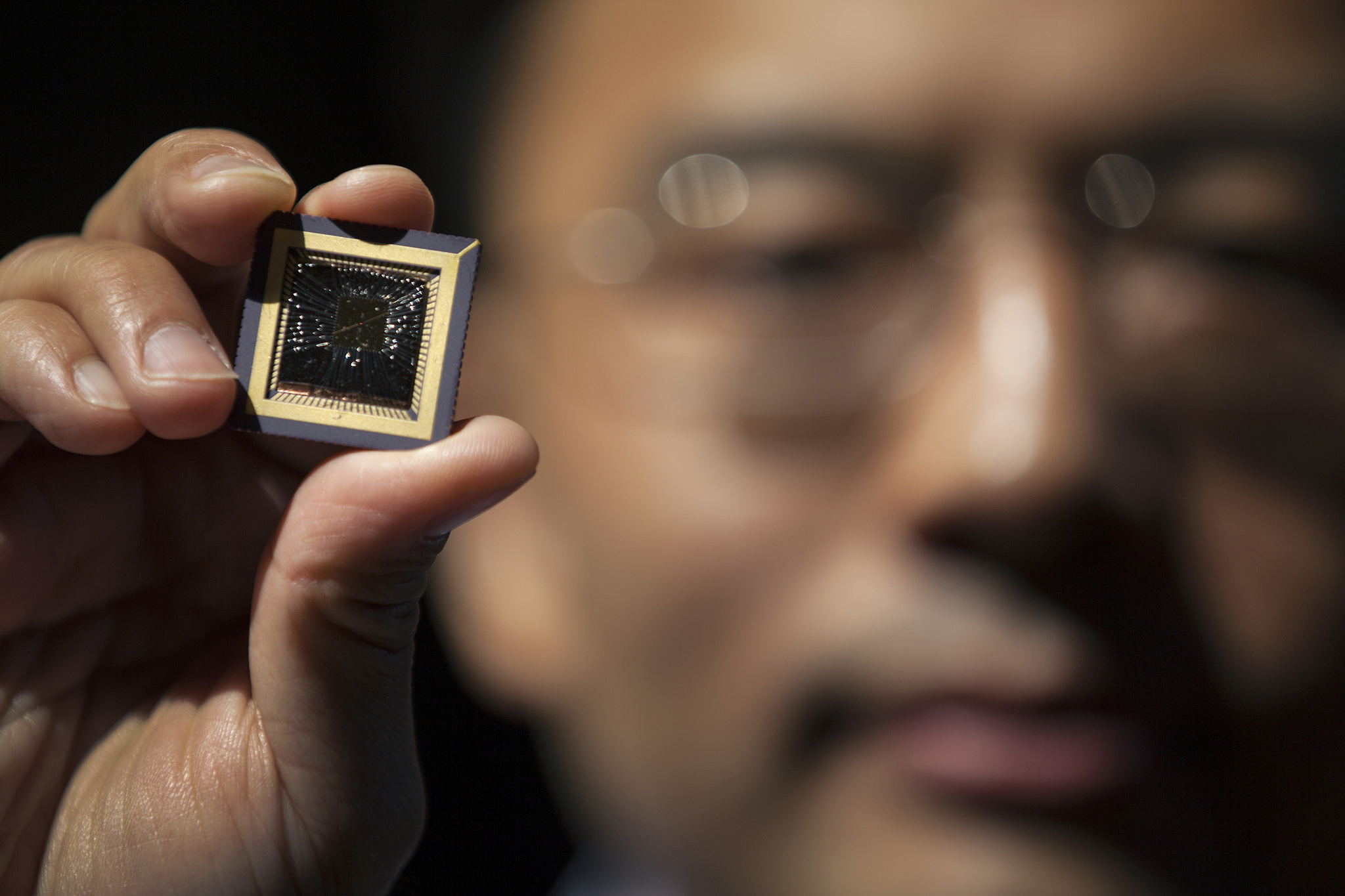 Wei Lu, Professor of Electrical Engineering & Computer Science at the University of Michigan holds a memristor chip he created. With an approach inspired by biological brains, a new “memristor” computer circuit prototype at the University of Michigan can process images 16 times more efficiently than today’s most advanced systems. Faster image processing could have big implications for machine learning in autonomous systems like self-driving cars, said Wei Lu, U-M professor of electrical and computer engineering. Lu is lead author of a paper on the work published in the current issue of Nature Nanotechnology. Lu’s next-generation computer components use wide-angle pattern recognition to shortcut the energy-intensive process of dissecting images one pixel at a time, as conventional computing systems do. In this new work, he and his colleagues demonstrate an algorithm that relies on a technique called “sparse coding” to coax their 32-by-32 array of memristors to efficiently analyze and recreate several photos. Memristors are electrical resistors with memory—advanced electronic devices that regulate current based on the history of the voltages applied to them. In a conventional computer, logic and memory functions are located at different parts of the circuit and each computing component is only connected to a handful of neighbors. As a result, conventional computers execute code in a linear fashion, line by line, Lu says. They are excellent at performing relatively simple tasks with limited variables. May 16th, 2017. Ann Arbor, MI. Photo by Marcin Szczepanski/Multimedia Director and Senior Producer, University of Michigan, College of Engineering