Space exploration has always been very expensive, very large and very difficult to do.James Cutler, an Assistant Professor of Aerospace Engineering at the University of Michigan
Tweet

ANN ARBOR, Mich.—Two Michigan Engineering professors are forging new ground, turning to the Kickstarter online community to help fund an interplanetary satellite mission. The pair are teaming up to create two new technologies in a matter of months, with the goal of using a plasma thruster to push a CubeSat out into deep space – something which has never been done before.

“We’re using Kickstarter to develop a new miniature thruster technology to mount on CubeSats, a small spacecraft that is about the size of a loaf of bread. We’ll use this new thruster to escape earth’s orbit and send them into interplanetary space,” said Benjamin Longmier, assistant professor of aerospace engineering and a propulsion specialist in the Plasmadynamics and Electric Propulsion Lab (PEPL) at the University of Michigan.

The thruster, which would use superheated plasma directed through a magnetic field to propel the CubeSat, would be the first of its kind. With this technology, exploring deep space – including other planets – would become faster and cheaper than ever before.

“Space exploration has always been very expensive, very large and very difficult to do,” said James Cutler, assistant professor of aerospace engineering and Longmier’s partner on the project. “But for about the last decade we’ve been building some very small spacecraft and they’ve been highly capable. Our next step is to actually push these spacecraft beyond and to continue that exploration beyond Earth.” 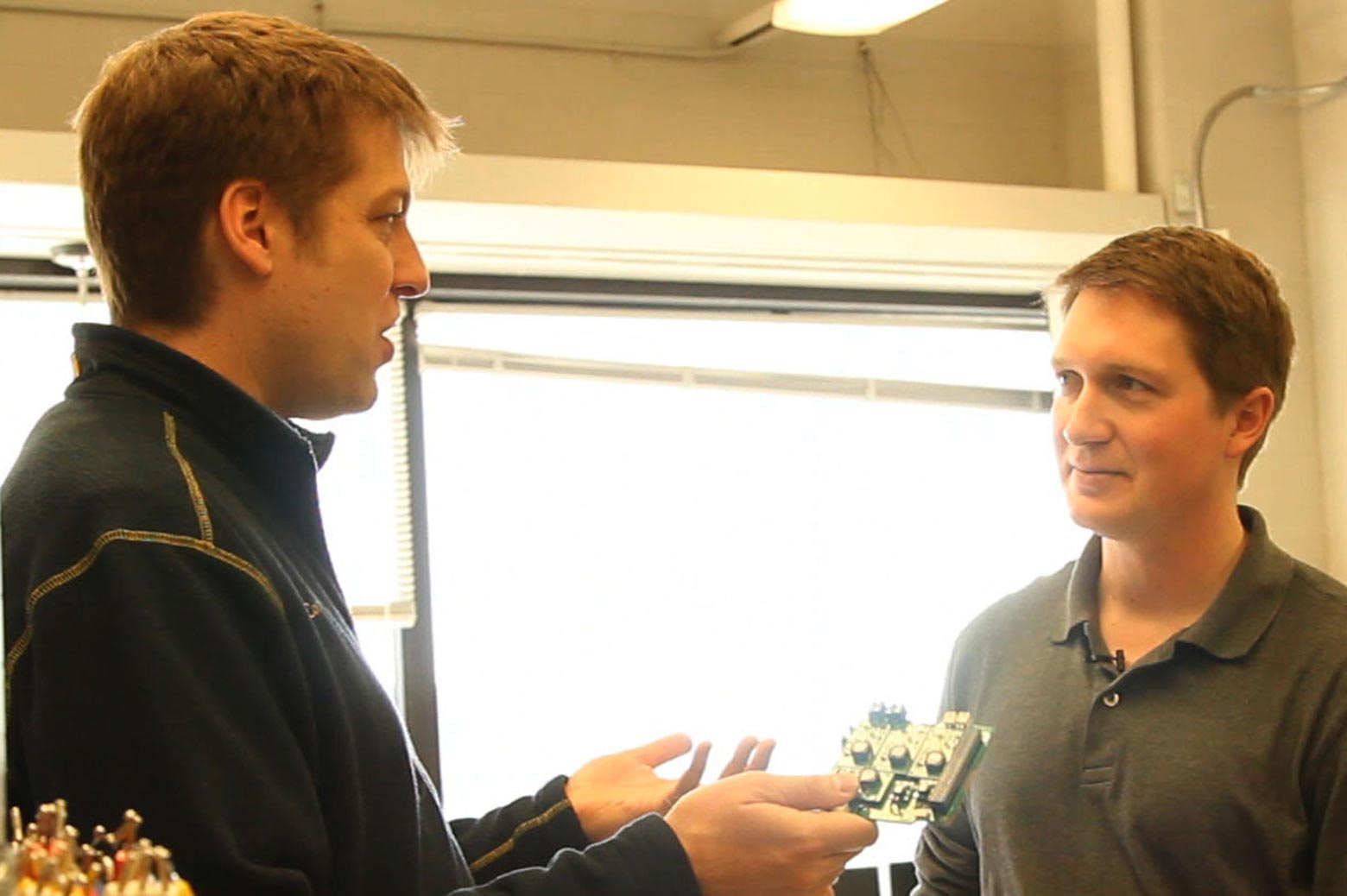 Cutler heads up the Michigan Exploration Laboratory (MXL), where he has been designing, building and launching these CubeSats since 2008. To date, Cutler’s team has launched three CubeSats into orbit around Earth.

To accomplish this, the CubeSats first need to be adapted to survive outside of the protective sphere of Earth’s magnetic field and withstand the harsh environment of deep space.

The problem with the spacecraft we currently build is they don’t move. And there are some very interesting places that we’d like to go.James Cutler, an Assistant Professor of Aerospace Engineering at the University of Michigan
Tweet

Cutler’s team has been selected by the Jet Propulsion Laboratory (JPL) to be part of the Interplanetary NanoSpacecraft Pathfinder In Relevant Environment (INSPIRE) mission team, which aims to demonstrate survivability, communication, tracking and payload hosting with two CubeSats dropped off into deep space by a larger rocket. This project will help with the development of the CubeSat for interplanetary exploration, but still the satellites have no means to be propelled by themselves and no planned destination.

“That propulsion system is in many ways the limiting factor for our spacecraft,” said Cutler.

That’s where Longmier’s technology comes in.

“To do this, we need very capable propulsion systems that currently don’t exist. So we want to go develop those – develop new technology, develop new hardware. We will integrate those into the spacecraft and send them on their way,” said Longmier. 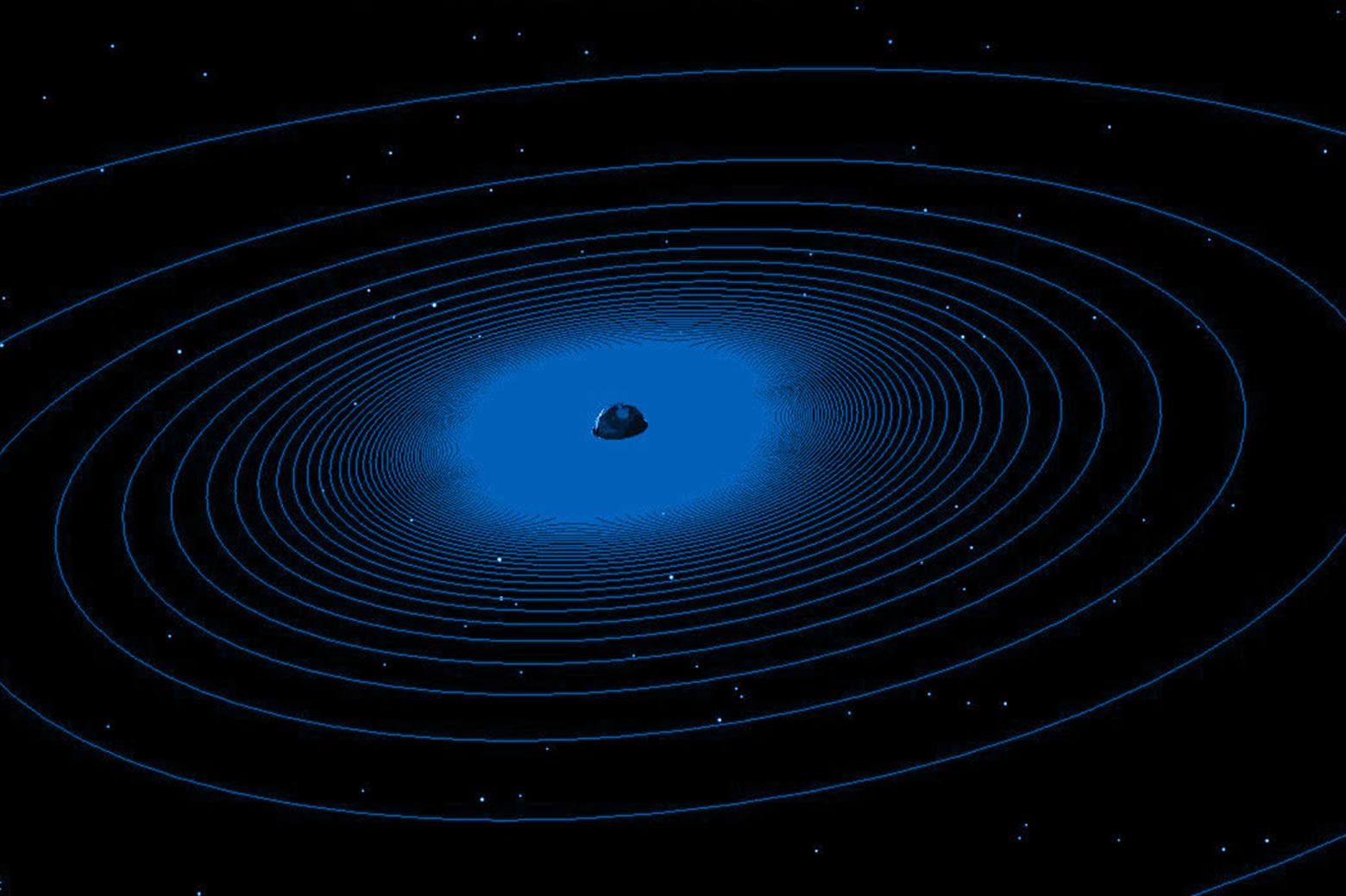 If we wanted to try a mission like what we’re proposing with current technology, we wouldn’t even make it out of Earth orbit.Ben Longmier, an Assistant Professor of Aerospace Engineering at the University of Michigan
Tweet

Longmier’s propulsion design possesses two very different characteristics from current propulsion systems. For one, it’s tiny. The system has to fit inside a ten centimeter cube (or one liter) of space, about one-third of the total spacecraft. While thrusters of that size and even smaller exist, they do not have the capacity to push a spacecraft long distances.

“If we wanted to try a mission like what we’re proposing with current technology, we wouldn’t even make it out of Earth orbit,” said Longmier. “We have some little thrusters called gas jets that will push us a little bit, but what we want to do is be able to push our spacecraft millions of miles from Earth and go truly interplanetary.”

“We’re changing the paradigm a little bit and using a liquid propellant. We can store a lot more of it in a very small space,” said Longmier.

The thruster will vaporize the iodine or water and then superheat it into a plasma state. A plasma is a gas that has been energized to the point that some of the electrons break free from their nuclei, allowing the ions and electrons to coexist. It is often referred to as the “fourth state” of matter. That plasma will then be directed through a “virtual nozzle” created with magnetic fields, pushing the spacecraft in the opposite direction.

This type of propulsion is very low thrust – about equal to the force created by the weight of a paperclip in your hand. But because there is no drag in space, the spacecraft will continue to speed up as long as the system is turned on.

“So the acceleration is pretty low, but you keep these things on for days and weeks and months at a time. There’s not much limit to how fast you can go – you’re only limited by how much propellant you can take, and what your speed is by the time you burn through that propellant,” said Longmier. 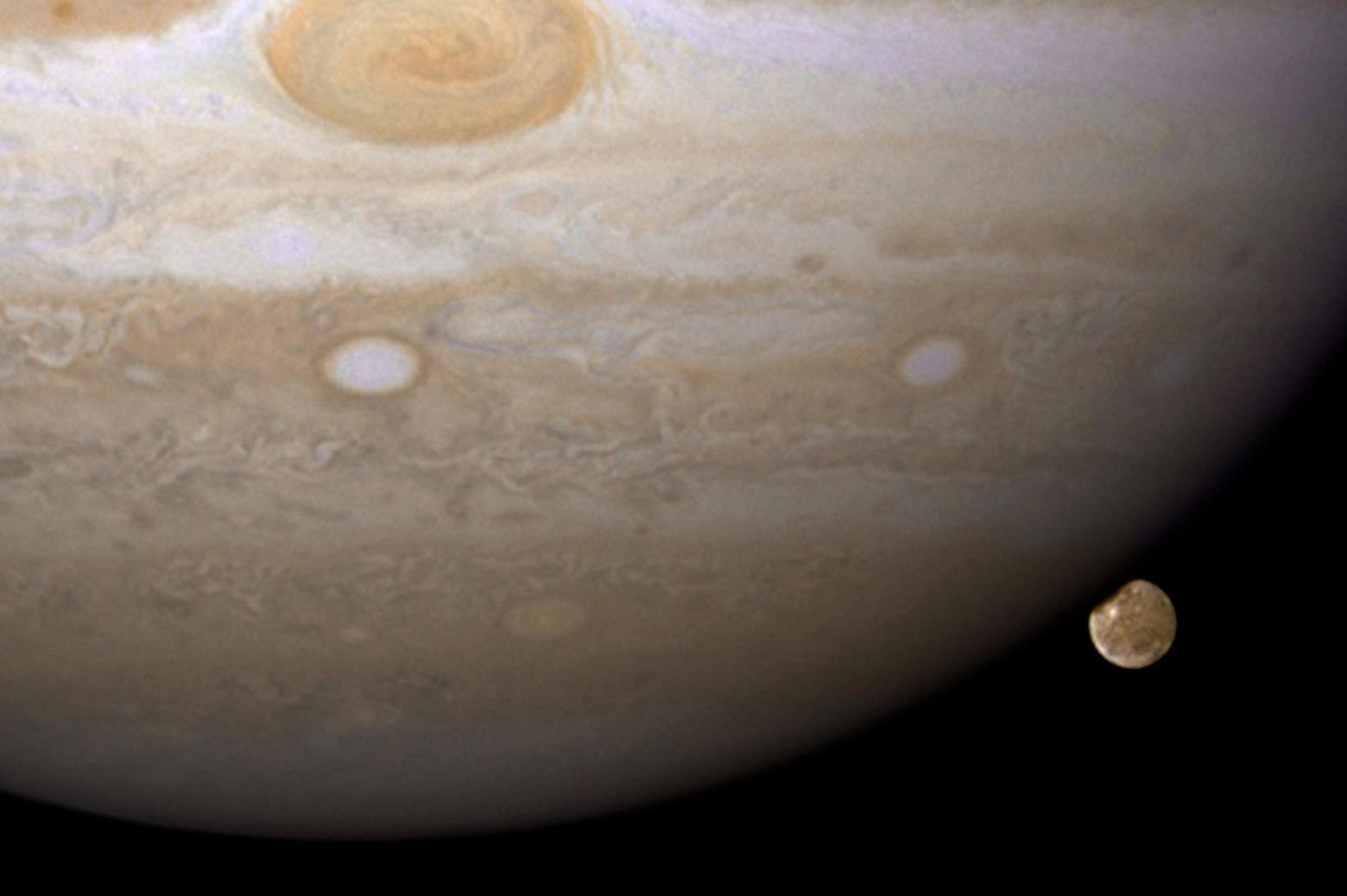 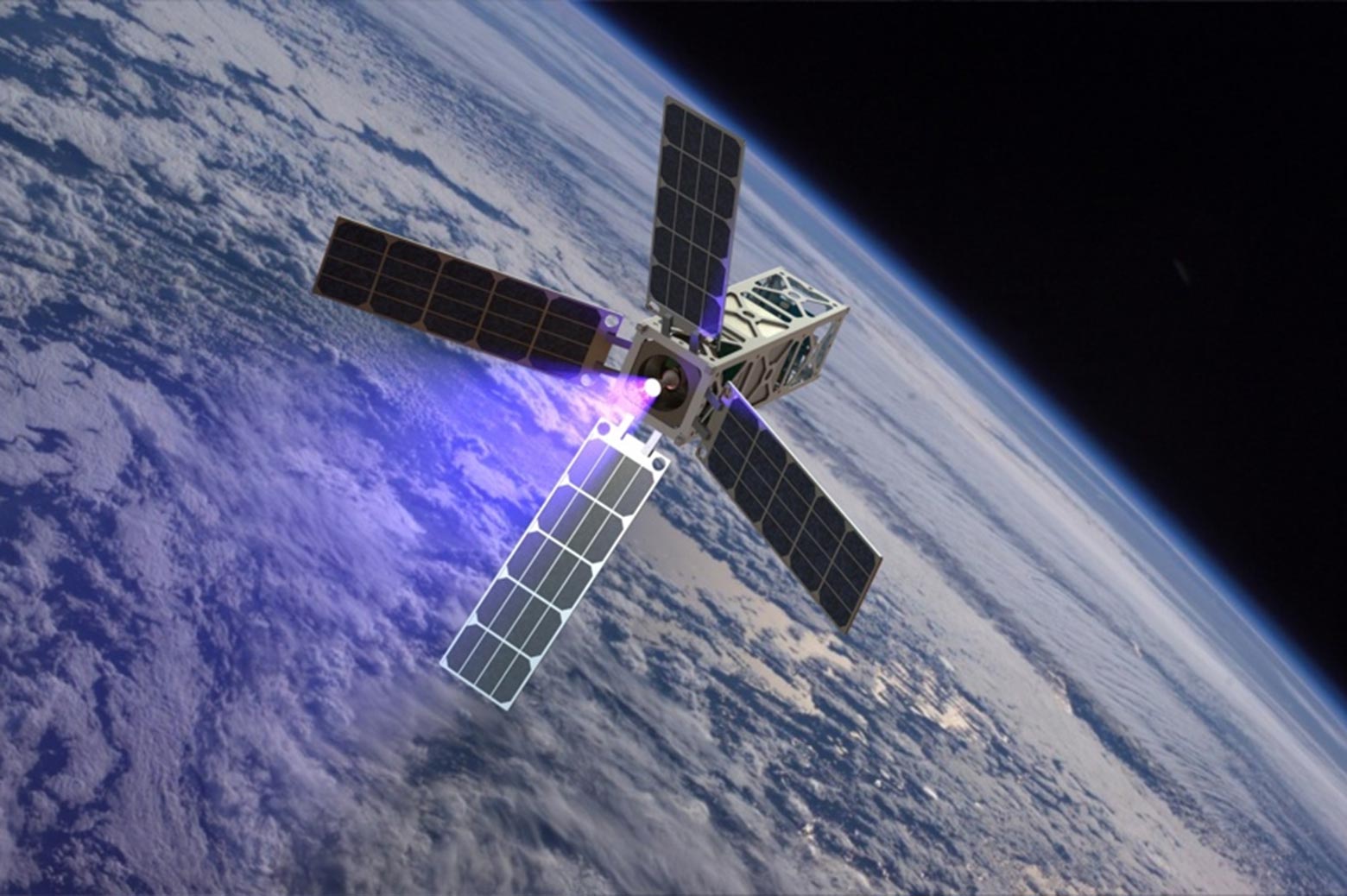 “Imagine going to destinations like near-earth asteroids, Mars, the moons of Mars, and even farther to some of the moons of Jupiter and Saturn with oceans that have more water than Earth,” said Longmier. “Long-term, I would like to participate in the discovery of life off-planet. This is a big ‘what if.’ We don’t know, but every indication on Earth seems to indicate that life can develop pretty easily in deep sea vents and subterranean lakes. If it also exists off-planet, we would like to help participate in that discovery.”

Longmier and Cutler are turning to the Kickstarter fundraising community to get their interplanetary CubeSats into space fast.

Imagine going to destinations like near-earth asteroids, Mars, the moons of Mars, and even farther to some of the moons of Jupiter and Saturn with oceans that have more water than Earth.Ben Longmier, an Assistant Professor of Aerospace Engineering at the University of Michigan
Tweet

“The traditional funding process starts with some seed data, a large government grant and a large number of milestones and gates to go through. We’d like to leverage Kickstarter funds to compress that timeline and go from initial seed data to flight in about 18 months, a much faster time scale than is possible with traditional grants,” said Longmier.

The pair also cite the enthusiasm of “citizen explorers” as a major factor in turning to Kickstarter. They see the current push towards space entrepreneurship as an opportunity to get the average person involved and make space more accessible.

“We really want to put the participatory experience in everyone’s hands,” said Longmier. “We’d like to open it up to the community and have people be a part of the process.”

“This is something that literally we can do, and that you can be a part of,” said Cutler.