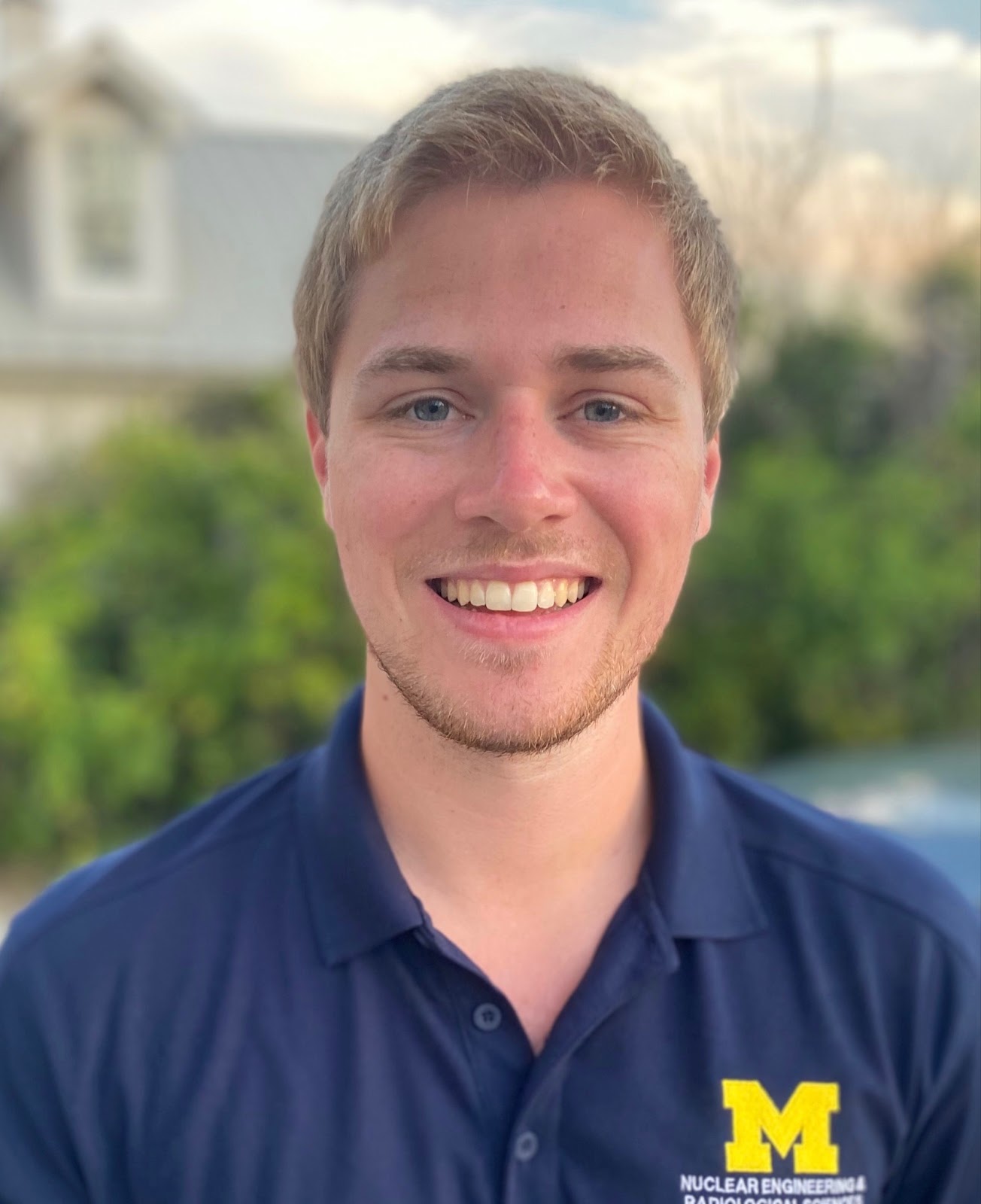 The Fellowship supports students pursuing a PhD and connects them with scientists in the DOE-NNSA laboratory system. Brendan will complete two residencies at Sandia National Laboratories in Albuquerque, NM, allowing him access to unique experimental and computing facilities.

“I am honored, and also very excited to work with my advisors on a project that fits perfectly into my career goals,” Brendan said.

Here at U-M, Brendan works in the Plasma, Pulsed-Power, and Microwave Laboratory (PPML) where he studies pulsed-power with applications to fusion research. With this new Fellowship, he has embarked on a project to create high-density field reversed configurations (FRCs) using the pulsed-power machines at PPML and Sandia. FRCs are a type of compact plasma toroid, which can be compressed by pulsed-power-driven implosions to produce significant fusion energy.  At Sandia, Brendan will be working closely with his lab mentor, Dr. Stephen Slutz.

Originally from eastern Pennsylvania, Brendan completed his undergraduate studies in nuclear and mechanical engineering at Schreyer Honors College at Pennsylvania State University (PSU). At PSU, he became interested in nuclear engineering—specifically controlled nuclear fusion research—which brought him to the NERS PhD program where his interest in controlled fusion led him to the pulsed-power field.

Brendan is a member of the Michigan Institute for Plasma Science and Engineering (MIPSE), is pursuing the MIPSE certificate, and has received the MIPSE fellowship. As part of that fellowship, he will likely build a plasma physics demonstration for younger students at a plasma conference.

“The technological advances in just the last few decades—plus growing concern over climate change—have finally made fusion feasible for energy generation in the first half of the 21st century,” Brendan said. He hopes to one day work at either a national laboratory or a private company pursuing research to this end.

“I would like to thank Prof. John Foster, Prof. Igor Jovanovic, and Graduate Program Manager Garnette Roberts for helping me get accepted to the NERS PhD program in 2018,” Brendan said, “as well as my advisor Prof. Ryan McBride for providing guidance and direction over the last three years.”

“I am thrilled that Brendan is getting this fantastic opportunity,” said Prof. Ryan McBride. “He couldn’t be more deserving of the award—he has worked incredibly hard over the past few years to get to where he is today. I am extremely proud to be his advisor, and I’m looking forward to working with him and Dr. Slutz on this exciting new project!”

“I am thrilled that Brendan has found his way to Michigan, where he can pursue his passions working with PPML researchers. The LRGF award will propel him to the next level in his field of study,” said Prof. Igor Jovanovic, who worked with Brendan when he was an undergraduate student at PSU.