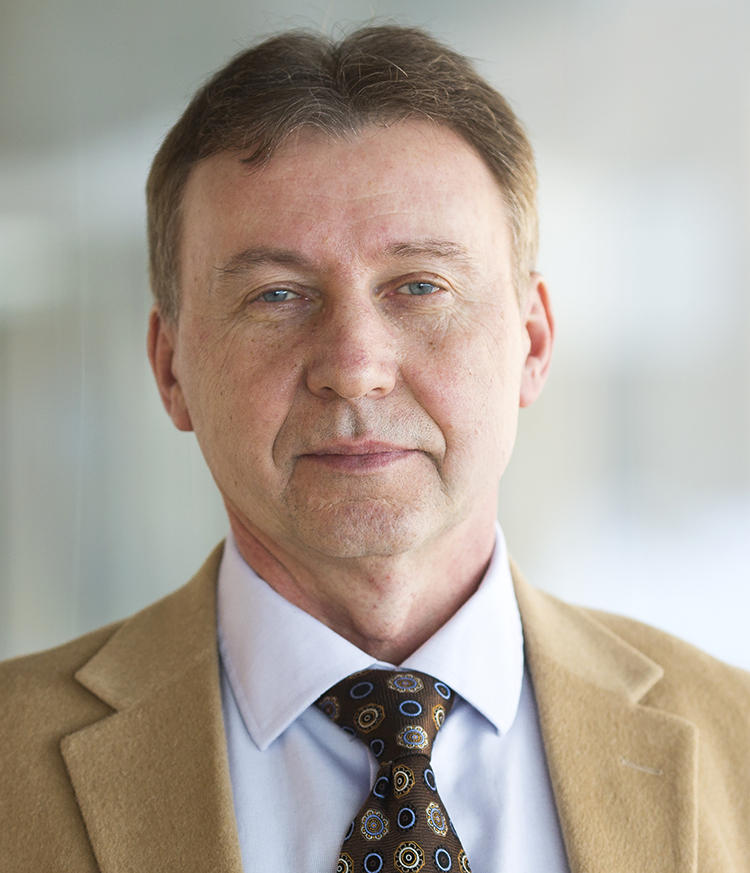 Maksimchuk is internationally recognized for his contributions to the field of short pulse high intensity laser-plasma interactions. In addition to his fundamental research, he has significantly contributed to the development of high power laser technology through the first application of wavefront correction techniques for high power lasers and the demonstration of the highest focused intensity of 2×1022 W/cm2 with Hercules laser. He is currently a co-PI of a $20M project to build the Zettawatt-Equivalent Ultrashort pulse laser System (ZEUS), a three-petawatt system that will be the highest-power laser system in the U.S. and among the highest-power lasers worldwide for the next decade.

“Once ZEUS is completed,” said Maksimchuk, “we will be able to explore nonlinear quantum electrodynamics and produce matter-antimatter from light, study extreme laboratory astrophysics and vacuum nonlinearity.”

Maksimchuk’s groundbreaking research has been documented in more than 200 publications, many of which appeared in high-impact journals such as Nature, Science, and Physical Review Letters.

Maksimchuk has been a member and co-chair of 14 doctoral committees, and as laboratory supervisor served as a mentor to countless student researchers. He is a long-time collaborator with Professor Emeritus Gérard Mourou, founding Director of CUOS and recipient of the Nobel Prize in Physics.

He is a research scientist in Electrical and Computer Engineering, a member of the Center for Ultrafast Optical Science (CUOS), and serves on the Executive Committee of the Michigan Institute for Plasma Science and Engineering (MIPSE).

Maksimchuk received the College of Engineering Kenneth M. Reese Outstanding Research Scientist award in 2009 and 2014, and is a Fellow of the American Physical Society.

The award will be formally presented at the annual Faculty Awards Program and Dinner hosted by the President and the Provost in the Fall of 2021.