by Hayley Hanway
EECS: Electrical and Computer Engineering
March 17, 2021
Maya Pandya, an Electrical Engineering senior, is a key member of the student team working to design a new generation of CubeSats that may revolutionize how we monitor space environments and provide a new method for interplanetary communication.| Medium Read
Enlarge 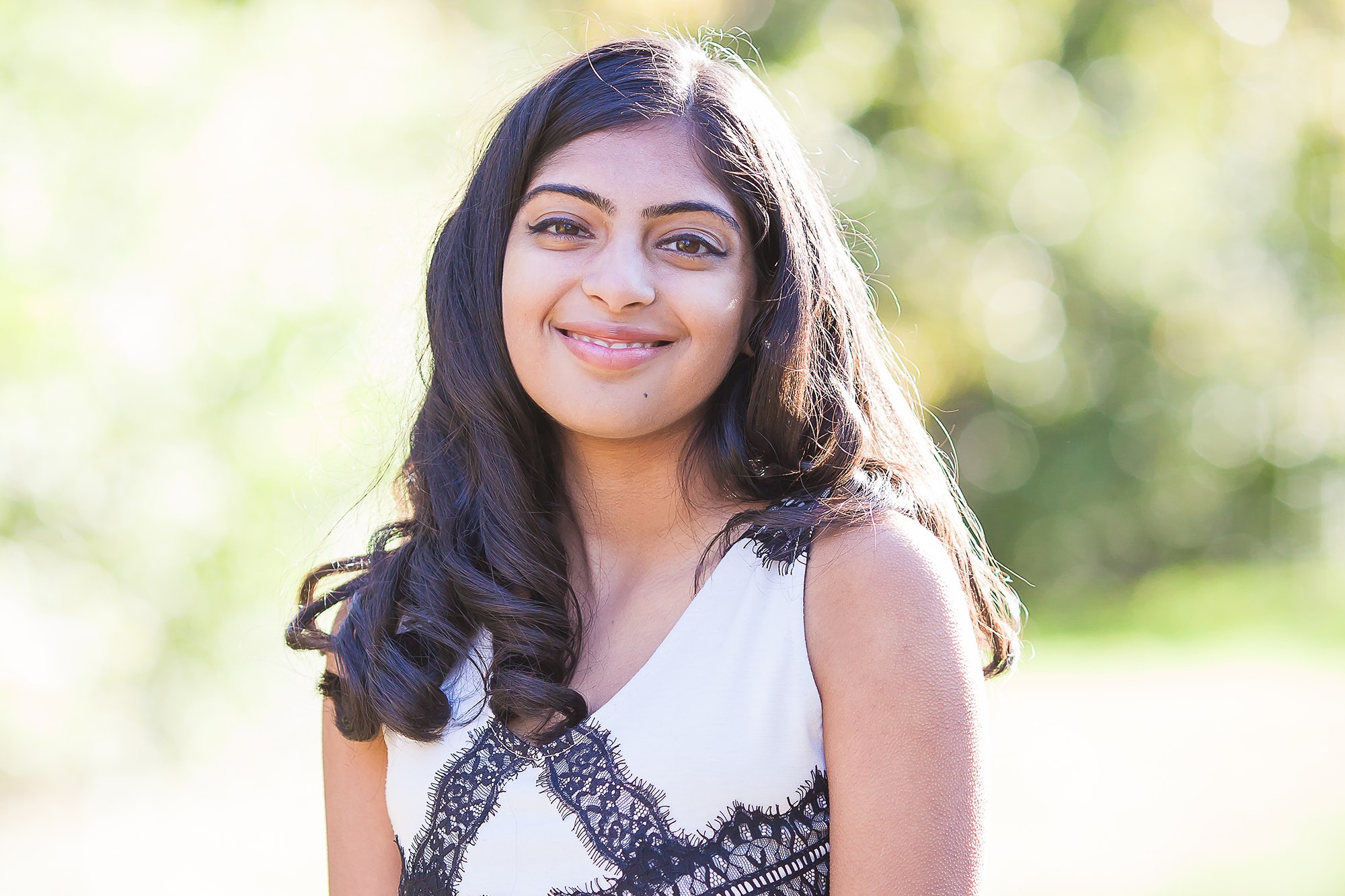 After years of preparation and a global pandemic that delayed the launch for months, the Miniature Tether Electrodynamics Experiment-1 (MiTEE-1) officially blasted into space in late January 2021, hitching a ride on Virgin Orbit’s Launch Demo 2 from the Mojave Air and Space Port. The tiny satellite, or “CubeSat,” is about the size of a loaf of bread and was largely built by more than 150 undergraduate students over the course of six years.

“We had a watch party for the launch on zoom,” said subteam leader Maya Pandya. “Everyone was on the edge of their seats as the plane went up and then the rocket launched from the plane. There was a point where the rocket shook, and we were like, ‘Oh no!’ but it was okay. They showed the first picture, and in that picture, we could see our satellite, and it was this incredible feeling of, wow, there it is. We actually made something that’s in space.”

Everyone was on the edge of their seats as the plane went up and then the rocket launched from the plane.Maya Pandya, Electrical Engineering undergrad
Tweet

Pandya, a senior majoring in Electrical Engineering, joined the team her freshman year and has served as the Orbits, Attitude Determination and Control Systems Lead for the past two years.

MiTEE-1 is part of mission to explore the feasibility of a new propulsion method, electromagnetic tethering, that could enable very small satellites to move around Earth’s orbit without carrying fuel. With this method, two satellites are connected with a wire 10 to 30 meters long that is able to drive current in either direction using power from solar panels and closing the electrical circuit through the Earth’s ionosphere. When a wire conducts a current in a magnetic field, that magnetic field exerts a force on the wire. CubeSats can then use the force from the Earth’s magnetic field to climb higher in orbit, which compensates for the drag of the atmosphere.

Electromagnetic tethering could enable coordinated fleets of tens to hundreds of miniature satellites, transforming the way we monitor natural disasters, space weather, and the broader space environment. These fleets could also serve as a blueprint for future interplanetary communication arrays that would allow faster, more reliable signals to be transmitted from Earth to colonies on the moon, Mars, and more. 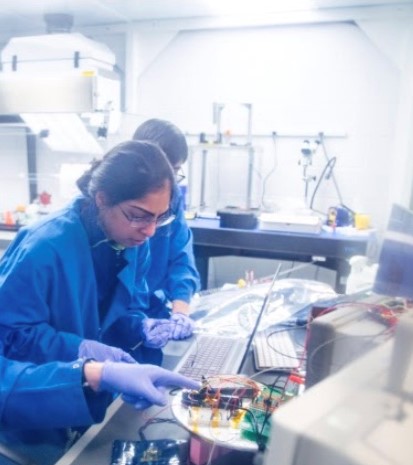 IMAGE:  Maya working on the IMU for the cubesat in the cleanroom.

The project is currently organized through U-M’s Multidisciplinary Design Program, and is advised by Prof. Brian Gilchrist, who also serves as Director of U-M’s Space Physics Research Laboratory (SPRL).

“I really like how I get to learn things from all kinds of engineers including aerospace and mechanical,” Pandya said. “And Professor Gilchrist is so supportive and teaches us so much, which I really appreciate.”

MiTEE-1 uses a deployable rigid boom, one meter long, between one satellite the size of a bread box and another the size of a large smartphone. It will measure how much current can be drawn from the ionosphere under different conditions, and the resulting data will be used to design future iterations.

“All the data that we get from MiTEE-1 is going to be really crucial to the design of the next satellite,” Pandya said. “I’m really interested to see the magnetometer data, because I want to see if the CubeSat can sense space weather anomalies or anything like that. I’m also interested to see how well control works up there.”

Pandya’s team was tasked with using photodiodes and magnetometers to determine the attitude of the spacecraft and applying that information to control the spacecraft.

“We made what we call the ‘B-Dot’ algorithm, because when the CubeSat is jettisoned out of the launch vehicle, it starts spinning really fast,” Pandya said. “Our goal was to make a system that slows it down.”

The team tested their methods using turntables in a lab on campus and running many models on MATLAB. The pandemic shutdown their lab for a time, so they designed new methods for testing and sharing their codes and models virtually. For Pandya, getting to work on these kinds of hands-on projects was what drew her to electrical engineering.

“I always have been interested in space, and being a part of this project has really enhanced my college career,” Pandya said. “It was really cool getting to do the most exciting part of MiTEE-1, the testing and launch, but then also getting to lay the groundwork for the next generation and MiTEE-2.”

Being a part of this project has really enhanced my college career.Maya Pandya, Electrical Engineering undergrad
Tweet

Pandya was asked to assume a lead role at the end of her sophomore year. She manages ten to fifteen students, on average

“I got to experiment with different leadership styles and see what worked and what didn’t,” Pandya said. “I realized I prefer being a mentoring leader, because I like to be involved in the projects and I like teaching people.”

Post-graduation, Pandya will be joining Northrop Grumman as a satellite engineer.

“I was able to draw on so much from this project, and I think that’s why I got the job,” she said. “It’s been a great experience. I plan to keep tabs on MiTEE-1, and I’d like to be present for the launch of the next one.” 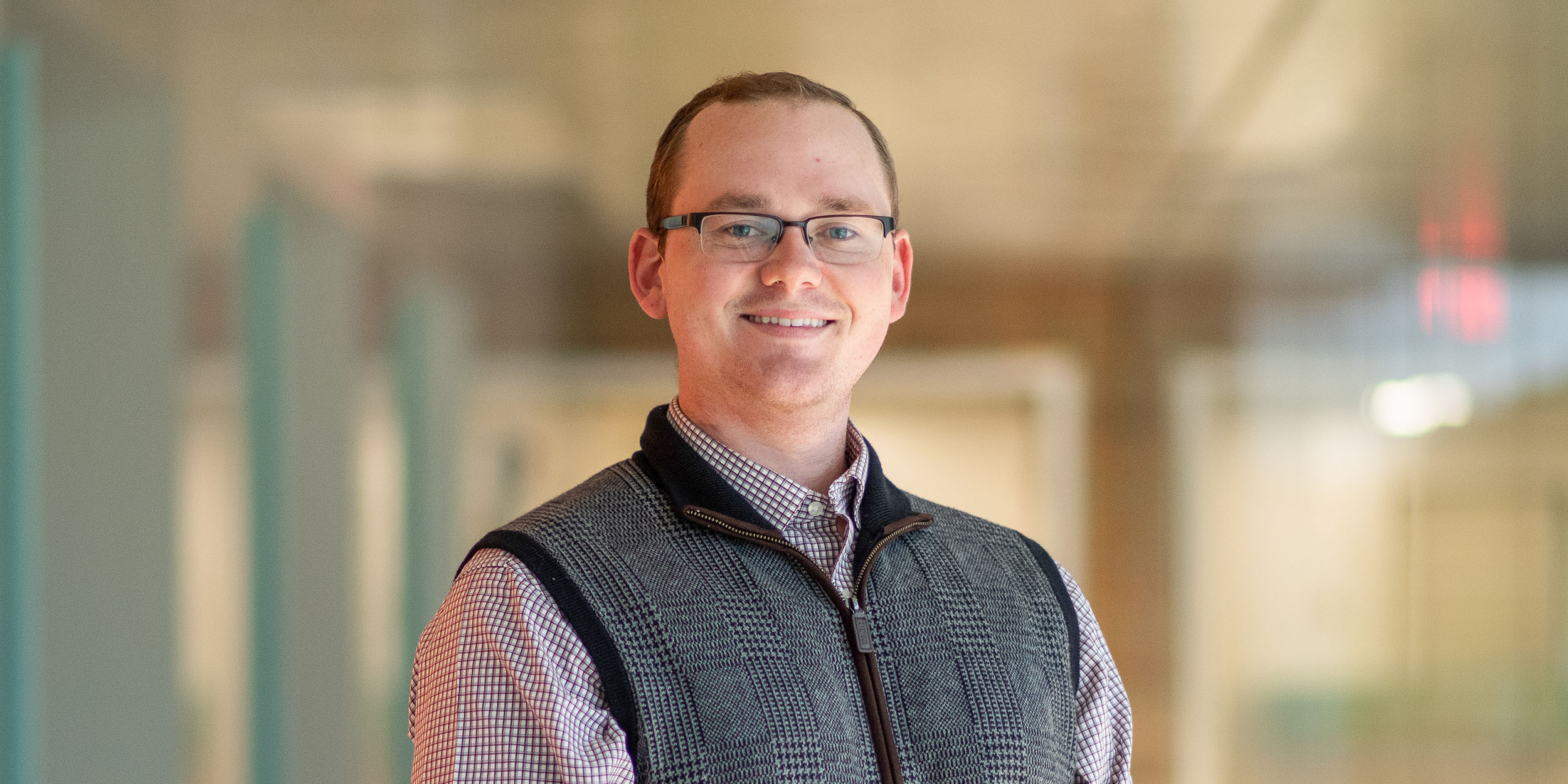 Gruber’s research is expected to further the practicality of integrated circuits for high-speed, high-power applications.| Short Read
In the News
The Washington PostApr 8, 2021
The revolution in satellite technology means there are swarms of spacecraft no bigger than a loaf of bread in orbit