by Madeline Trumbauer
February 23, 2021
As Prince Kuevor wraps up his 10 years as a student at U-M, he reflects on the challenges he overcame as a Black student in Aerospace and the contributions he’s made to better inclusion in the community for the students who come after him.| Medium Read

Robotics PhD student and co-founder of the Black Students in Aerospace student group (BSA), Prince Kuevor, has been an avid advocate for diversity and inclusion during his ten-year career as a student in the College of Engineering at the University of Michigan. However, when he first began his undergraduate program, he wasn’t always consonant with being an advocate for the Black community, and he struggled with being “the only one” in many of his classes. Also a member of the LGBTQ community, Prince felt isolated and didn’t want to draw any special attention to his racial or sexual identity. 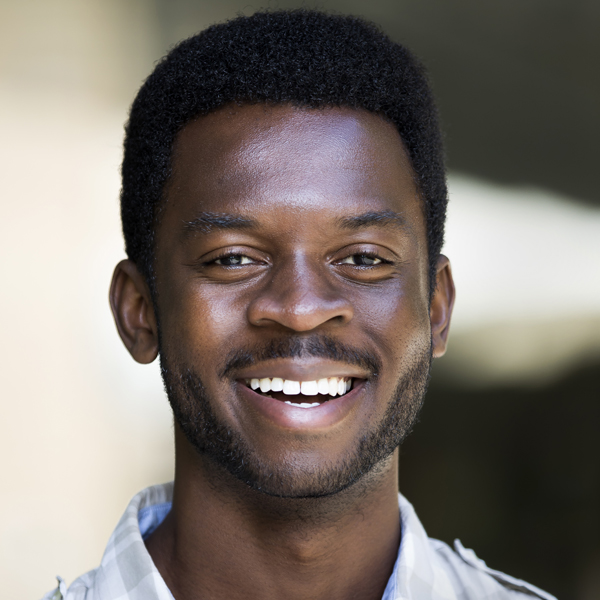 “During my undergrad, I was very recluse about my racial and sexual identity,” Kuevor said. “I felt very hyper-exposed because I was scared about being discriminated against and that people would view me through a certain lens, and I think that was heightened by the fact that there just aren’t a lot of Black students in engineering in general.”

I didn’t have to try to imagine myself as an aerospace engineer because I had those three right there in front of me and I wonder if that helped take away some of the imposter syndrome,” Kuevor said.

Prince’s tumultuous journey with coming to terms with his own racial identity in his undergrad helped him realize the need for a support network for Black students at U-M. To help increase inclusivity for Black students on campus, in the winter of 2020 last year, Kuevor co-created a community for Black students in the Aerospace program, the Black Students in Aerospace group. With his co-founder Erin Levesque, Kuevor led discussion groups in the FXB building with Aerospace undergrads, grads, postdocs, and alumni to share their experiences. BSA has also promoted awareness of Black heritage throughout campus by hosting a film screening and panel discussion for “I’m Not Your Negro” and co-hosting the 2021 Martin Luther King Jr. Day commemorative panel discussion, “Overcoming Turbulence: Trials and Triumphs of Black Women in Aerospace.” With these discussions, they are hoping to strengthen the pipeline for Black students in aerospace engineering by providing guidance and fostering a sense of community.

As Prince prepares to graduate from the PhD program, he is proud of all that he’s accomplished for the U-M Aerospace Engineering community and hopes he’s carved an easier path for those who will come after him. His one line of advice for new students of any race in aerospace is: