by Hayley Hanway
EECS: Electrical and Computer Engineering
February 19, 2021
Shenoy, who also serves as General Manager of the Data Platforms Group at Intel Corporation, is the recipient of the 2020 ECE Alumni Impact Award in recognition of his distinguished career.| Medium Read
Enlarge 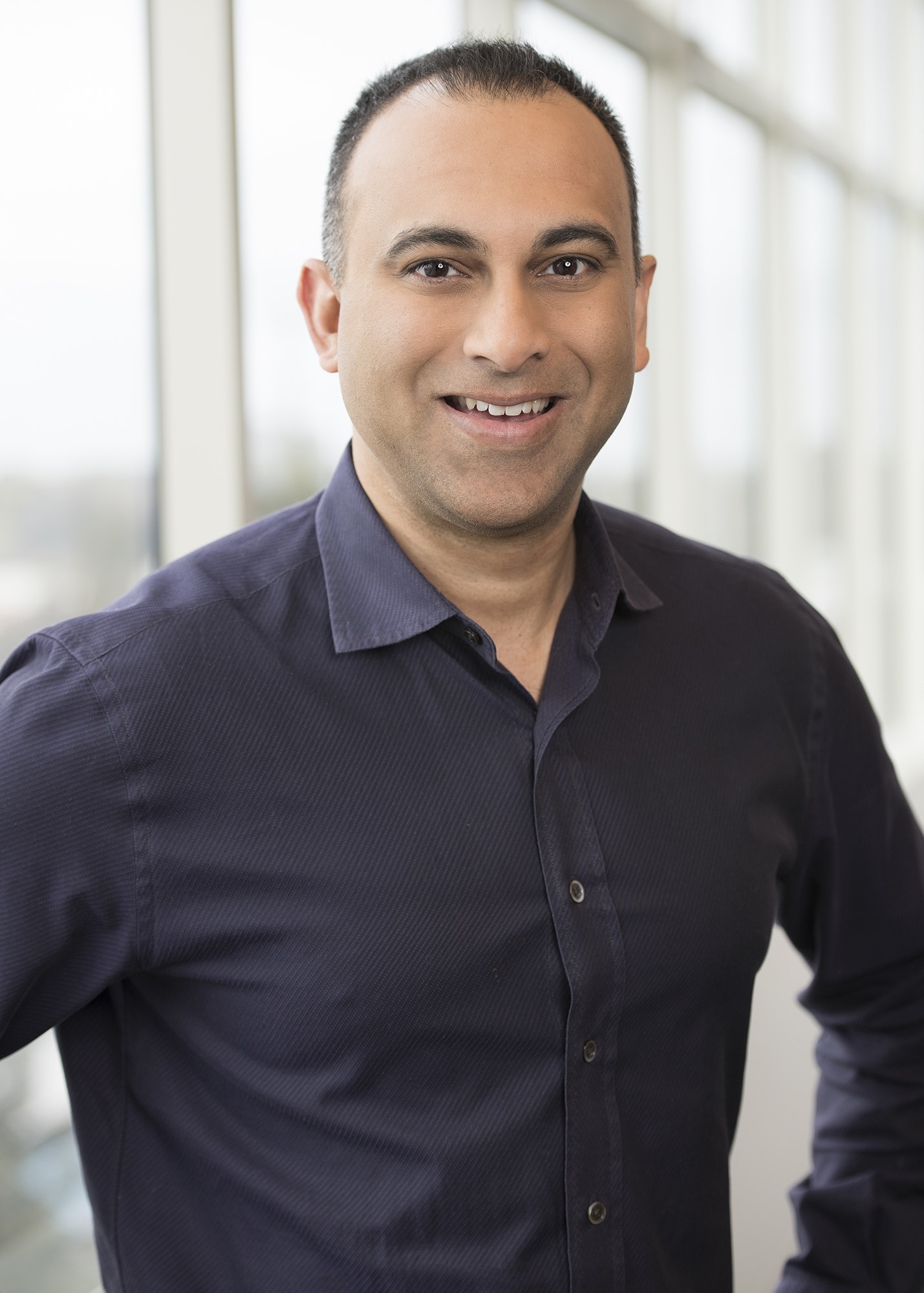 Navin Shenoy (BSE EE ’95), the Executive Vice President and General Manager of Data Platforms Group at Intel Corporation, is the recipient of the 2020 ECE Alumni Impact Award. This award is the highest recognition granted by ECE to its alumni. It recognizes alumni, often regarded as visionaries within their field, who have made a significant and lasting impact.

“At Intel, our goal is to create world changing technology that enriches the lives of every person on Earth,” Shenoy said. “It’s such a privilege to work for a place that has that kind of purpose and to be at the cutting edge of technology.”

Shenoy leads the worldwide organization that develops the company’s data center platforms, which is a business that spans servers, networks, and storage across all customer segments. He is responsible for the group’s product lines and business strategies, which encompass traditional business models as well as innovative solutions that help drive the industry transformation toward cloud computing, virtualization of network infrastructure, and the adoption of artificial intelligence.

Before assuming his current role in 2017, Shenoy served as general manager of Intel’s Client Computing Group. During his tenure in that position, he had responsibility for profit and loss, business strategy, and product development across notebooks, desktops, tablets, two-in-one devices, and home gateways. Earlier in his Intel career, Shenoy was general manager for Intel Asia Pacific, where he was responsible for all sales, marketing, and enabling of Intel products in the region. He also previously held leadership roles in Intel’s PC and tablet business units and in the CEO’s office, including three years as technical assistant to former Intel President and CEO Paul Otellini.

“I’ve always found the intersection of engineering and business to be really interesting,” Shenoy said. “And here I am 25 years later, still at the company where I’ve had a front row seat into the computer revolution and internet revolution and now the impending AI and IoT revolutions. It’s been an awesome journey.”

Shenoy grew up in Rochester, NY, and had been considering several schools across the country for college. One campus visit was all it took for him to decide that Michigan was the place for him.

“There was this spirit in the air and passion about the place,” Shenoy said. “Choosing Michigan ended up being one of the best decisions I’ve ever made.”

Choosing Michigan ended up being one of the best decisions I've ever made.Navin Shenoy, EVP and GM of Data Platforms Group at Intel Corporation
Tweet

Shenoy credits Michigan with encouraging him to pursue opportunities outside of his comfort zone and embrace a collaborative, interdisciplinary environment, which shaped attitudes that helped him excel throughout his entire career. He says he sees similar success with other Michigan grads at Intel, who demonstrate humility, dedication, intelligence, and collaboration.

“It’s not the smartest person who ultimately gets the most done, it’s the smart person who can collaborate with others,” Shenoy said. “I feel like Michigan does a good job of encouraging that skill.”

Above all else, Shenoy says it’s the passion and zeal of Michigan students he remembers the most.

“There was one day where I saw a student walking to class with their entire comforter from their bed wrapped around them, because it was minus fifty or something,” Shenoy said. “I wasn’t about to go walking outside, but I remember thinking, man, people here have some fortitude.”