For efforts in diversity, equity and inclusion that date back more than 50 years, the University of Michigan College of Engineering has been recognized by the American Society for Engineering Education (ASEE).

The College is among 17 institutions to receive bronze-level status in the ASEE Diversity Recognition Program this year, the organization announced today. Bronze is the highest recognition currently offered, and all institutions must attain it before advancing to silver or gold. 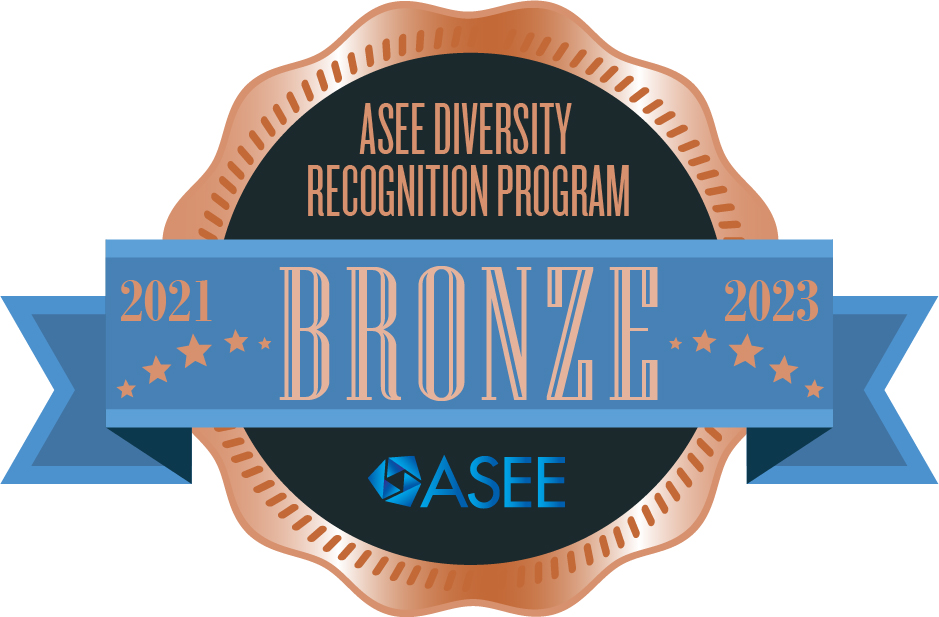 “I’m proud that Michigan Engineering is among the institutions recognized for their commitment to diversity, equity and inclusion,” said Alec D. Gallimore, the Robert J. Vlasic Dean of Engineering, the Richard F. and Eleanor A. Towner Professor, an Arthur F. Thurnau Professor, and a professor of aerospace engineering.

“I hope that together we can address areas of persistent inequity and ultimately usher in a new era in which opportunity is as equally distributed as talent. I believe change is achievable. But it requires intentional effort. In the field of engineering, the job of making a more diverse, equitable and inclusive culture rests not with one organization or academic unit, but with all of us.”

Michigan Engineering’s most recent DEI plan was launched in 2016, and in October 2020, the College announced additional proposals for sustained education around issues of race, ethnicity, unconscious bias and inclusion for everyone in engineering, and a new DEI center designed to work horizontally across units, rather than in a vertical silo, to ensure that its efforts are pervasive.

These efforts are rooted in a commitment that goes back to 1969 with the founding of what is now the Center for Engineering Diversity and Outreach (CEDO). Today CEDO holds numerous year-round and summer programs that serve as a pathway for a diverse group of K-12 students to discover engineering as a profession. In a typical year, around 10,000 K-12 students participate in College outreach activities. CEDO also runs programs to support U-M students at all levels—from undergraduates to PhD candidates and postdocs on their way to becoming faculty members.

Other key long-standing DEI-related offices and programs include:

For faculty members, the College participates in University-led programs including the National Science Foundation ADVANCE program, founded in 2002. Michigan Engineering requires anyone on a hiring committee to participate in one of ADVANCE’s faculty recruitment and hiring workshops, and as a result 60% of tenured and tenure-track faculty members have attended. Faculty members must discuss their contributions to DEI as a part of their promotion and tenure packages. All faculty applicants must submit DEI statements, and all candidates for department chair positions must submit DEI plans.

In the past five years, the percentage of women on the faculty has modestly increased from 19% to 20%, and nearly half of the top leadership positions in the College are held by women. However, the fraction of faculty members who belong to underrepresented minority groups has stayed flat at around 5%.

With our new DEI culture shift initiatives, we are working actively to make engineering a more welcoming environment where every student, faculty and staff member can thrive."Sara Pozzi, Director of Diversity, Equity and Inclusion at the College
Tweet

Despite relatively low numbers, Michigan Engineering is a leader among U.S. institutions in a number of areas, according to the 2019 ASEE Engineering by the Numbers report. The College ranked:

“Over the past half century, we have made progress, but we recognize that there is still much work to do in the DEI space,” said Sara Pozzi, director of diversity, equity and inclusion at the College and also a professor of nuclear engineering and radiological sciences and of physics. “With our new DEI culture shift initiatives, we are working actively to make engineering a more welcoming environment where every student, faculty and staff member can thrive. We see this work as an opportunity to better serve the common good.”

The latest Bronze recipients were recognized during the Collaborative Network for Engineering and Computing Diversity (CoNECD) Conference on Thursday, Jan. 28.

'I couldn’t have seen myself where I am right now,' says aerodynamicist Jessica Jones on the importance of representation.| Medium Read
Researchers