EECS: Computer Science and Engineering
February 15, 2021
The first general-purpose computer turns 75 today. One of its key contributors was Arthur Burks, who also co-founded the first program in computing at Michigan in 1957.| Short Read
Enlarge 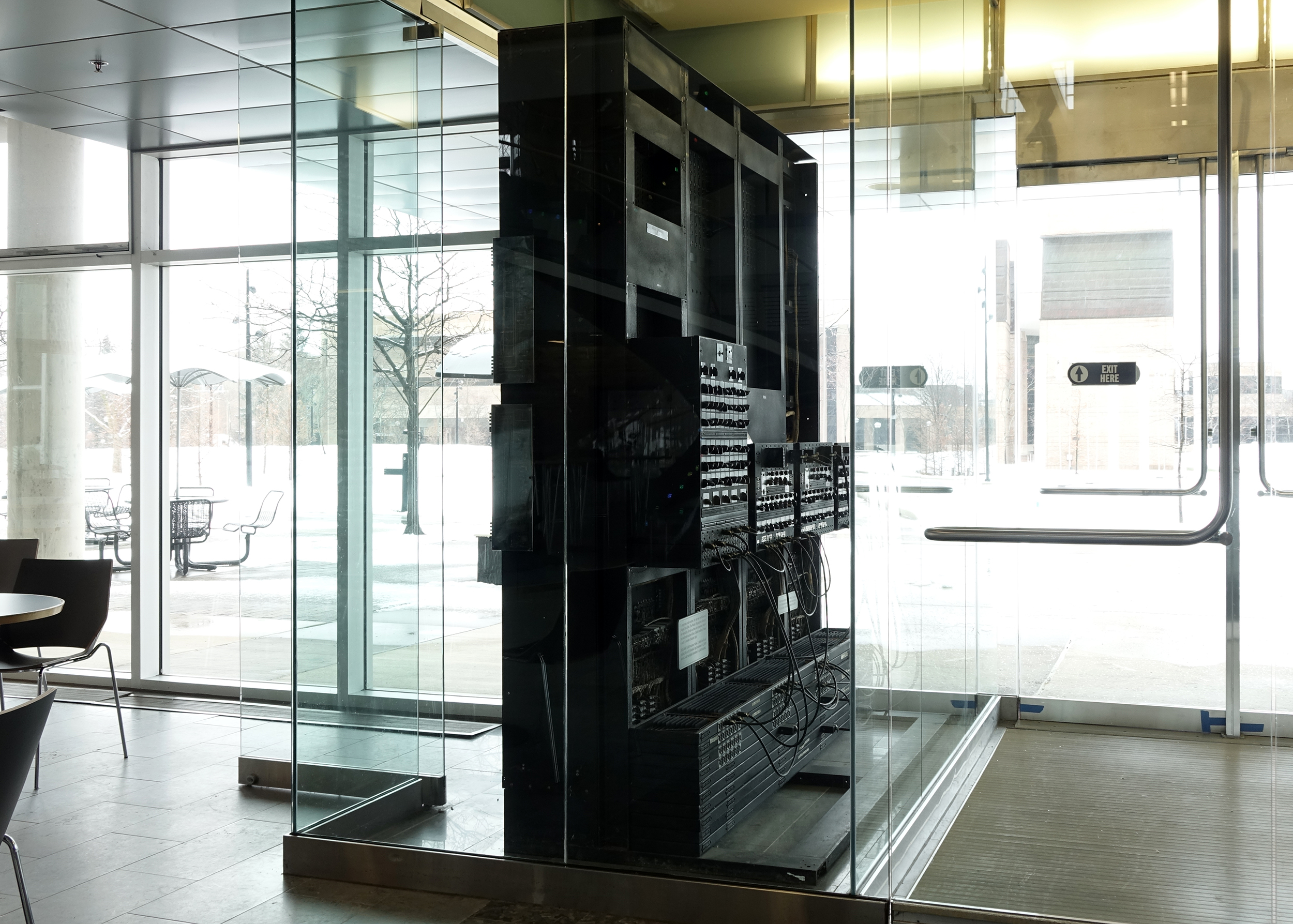 IMAGE:  The ENIAC Display at the University of Michigan.

February 15, 2021 marks the 75th anniversary of the dedication of the Electronic Numerical Integrator and Computer (ENIAC), which is generally regarded as the first general-purpose electronic digital computer capable of being reprogrammed to solve a range of computing problems. This notable date is commemorated at the ENIAC Day website. 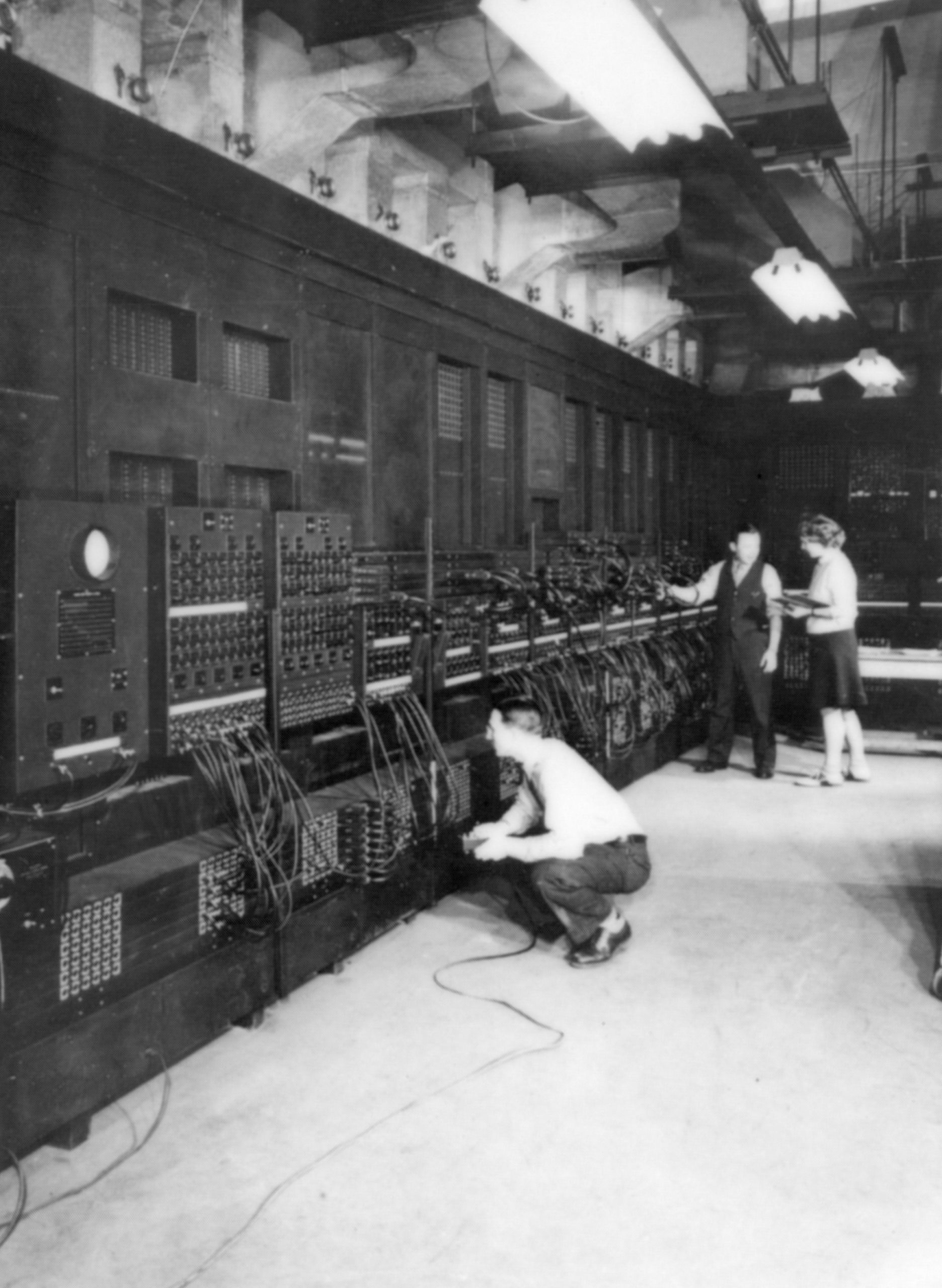 IMAGE:  Arthur Burks, in the foreground, with the ENIAC in the 1940s.

The development of the ENIAC was financed by the U.S. Army as a secret project during World War II. Its purpose was to solve the differential equations that described the trajectory of a shell in flight, electronically and with unprecedented speed.

The ENIAC was designed and constructed at the University of Pennsylvania between 1943 and 1946 and was officially unveiled to the public on February 14, 1946. Press releases from the War Department and articles that appeared in popular magazines, such as Newsweek, attest to the widespread attention that the ENIAC received upon its public dedication.

Not mentioned at the unveiling event was the team of six women who, having previously functioned as human “computers,” became the behind-the-scenes experts in charge of configuring and wiring the machine to perform specific computations, handling the punch card equipment, and debugging its operations.

The ENIAC was conceived and designed by John Mauchly and J. Presper Eckert of the University of Pennsylvania. The team of design engineers assisting the development included Arthur Burks, who received his Ph.D. from the University of Michigan in 1941. Burks later joined the faculty at Michigan, where he cofounded the graduate program in computing in 1957 and the Department of Computer and Communication Sciences in 1965. He also served as the first chair of the department. 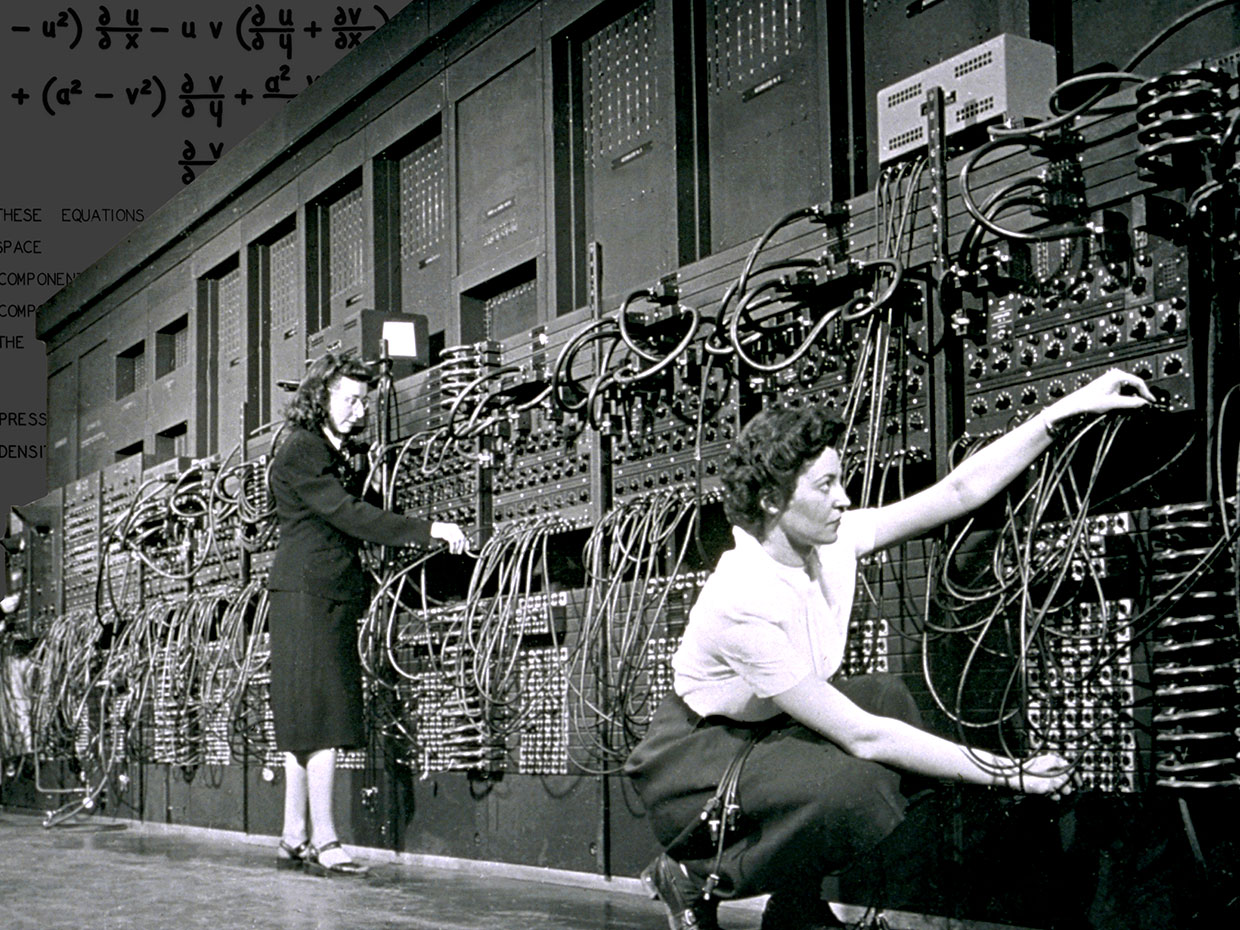 Today, CSE hosts the third largest standing display of the ENIAC. This display includes four of the ENIAC’s original 40 panels. Other displays of significance are located at the US Army Field Artillery Museum and at the University of Pennsylvania. The Smithsonian has also preserved portions of the ENIAC, some of which are on loan to other institutions.

The panels in CSE’s display were reassembled at the University of Michigan in 1964 and were moved to the Bob and Betty Beyster Building in January 2006. The CSE Division is grateful to the late Professor Emeritus Arthur Burks, who passed away on May 14, 2008, for having procured and retained these ENIAC components, selected by him to capture the essence of that revolutionary machine.

This video and related playlist were released to commemorate the 75th anniversary of the ENIAC and to highlight the display at U-M.
Explore:EECS: Computer Science and EngineeringElectrical Engineering and Computer ScienceHistoryComputing and Simulation 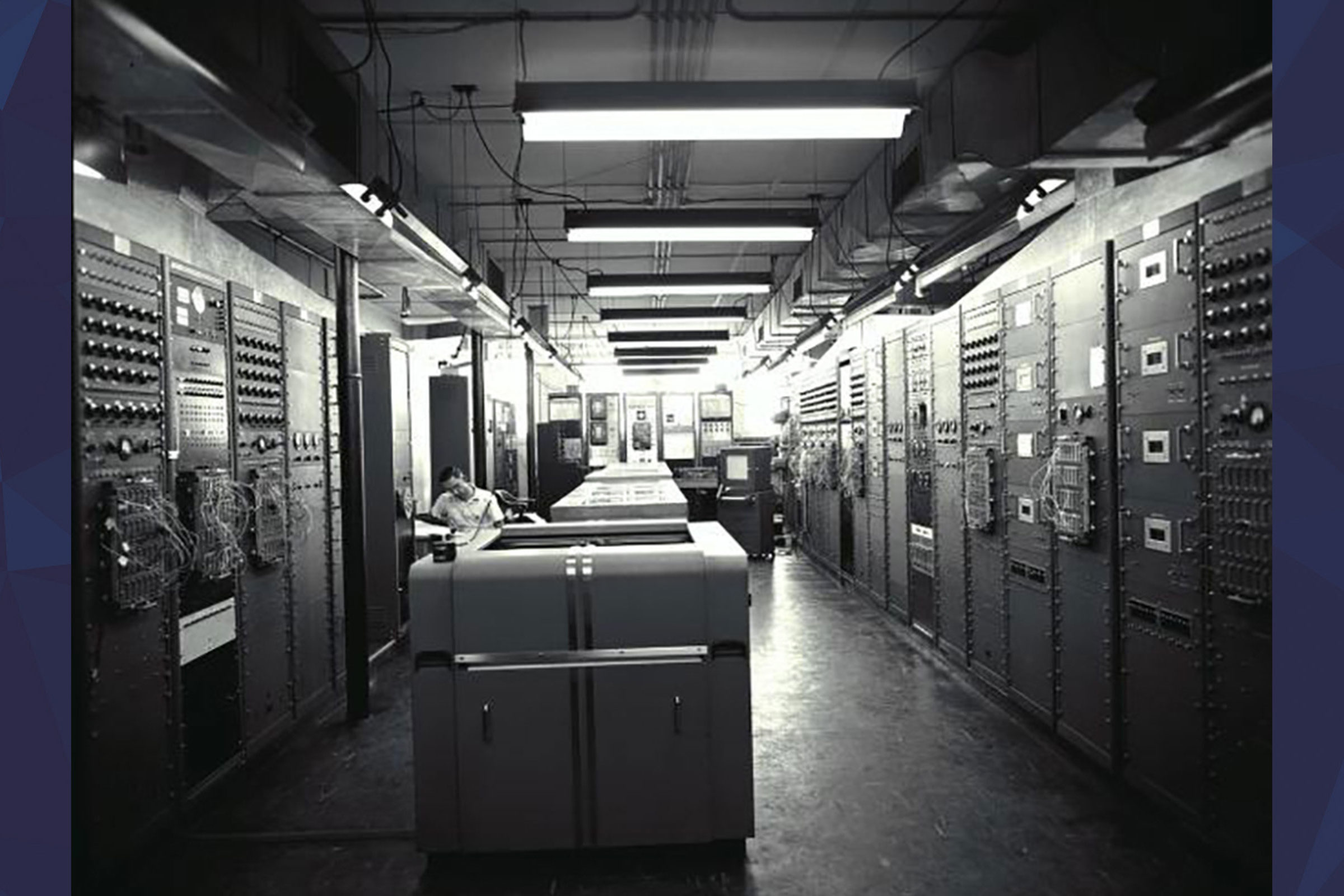 The goal was straightforward, but the path to building the nation’s most sophisticated engineering-based IT system was long and winding.| Medium Read 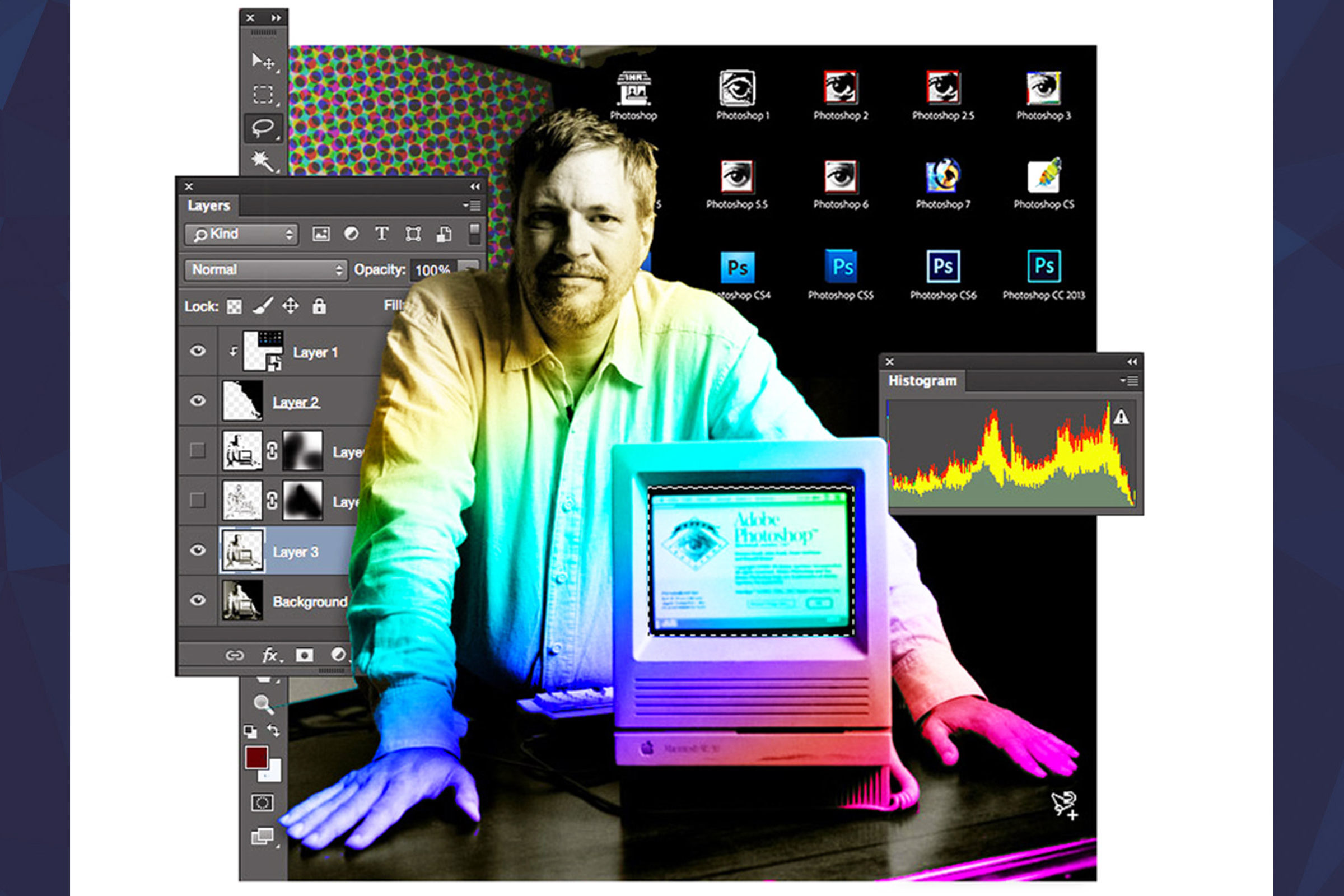 Power to the pixel: Photoshop is born

A procrastinating Michigan Engineering grad student and his brother changed our view of the world. | Medium Read