The Merchant Marine Act of 1920, more commonly known as the Jones Act, established the United States Merchant Marine and aims to regulate maritime commerce in U.S. water and ports. Enacted by Woodrow Wilson to aid in the recovery of U.S. shipping after World War I, the much-discussed statute has often been criticized as protectionist and as placing undue burdens on non-contiguous U.S. states and territories. Yet supporters tout the act for its economic benefits to maritime commerce as over $150 billion annually, as well as for advancing U.S. national security. Now, the act could shape the emergence of a new renewable energy sector in the coastal waters of the United States. 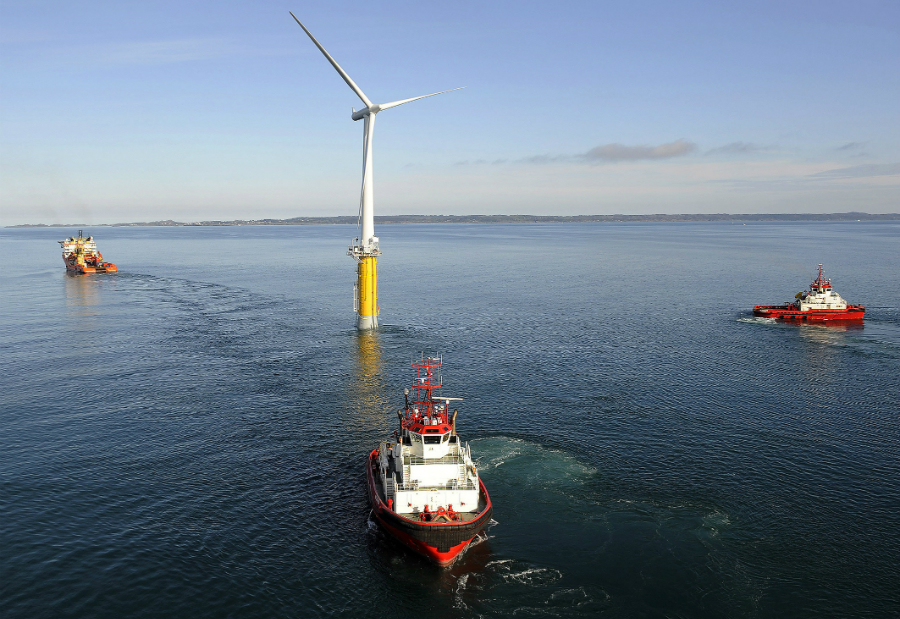 IMAGE:  Statoil and Siemens installed the world’s first large-scale floating wind turbine off Norway to begin testing the technology in 2009. The turbines are now being deployed off Scotland. Credit: Siemens

“The president’s support of the Jones Act, along with Congress’ recent clarification of the Outer Continental Shelf Lands Act, is particularly significant at this time when several large offshore wind farms are moving closer to reality,” explains Collette. “These farms will be located inside the United State’s exclusive economic zone (EEZ) off the New England and mid-Atlantic states.”

In an executive order signed on January 27th, 2021, the Biden administration commits to doubling offshore wind energy. In the order, the Department of Interior has been tasked to “identify steps to accelerate responsible development of renewable energy on public lands and waters, including setting a goal to double renewable energy production from offshore wind by 2030”.

Vessels working between U.S. ports and wind turbines installed on these farms opens the door for a new sector of the domestic marine industry to grow – one dedicated to installation, inspection, and maintenance of these wind farmsMatthew D. Collette
Tweet

Collette further explains how the Jones Act will help to bolster growth in the U.S. renewable energy industry especially in light of the new opportunities in offshore wind.

“Clarifying that the Jones Act applies to vessels working between U.S. ports and wind turbines installed on these farms opens the door for a new sector of the domestic marine industry to grow – one dedicated to installation, inspection, and maintenance of these wind farms,” says Collette. “Such vessels would need to be built in U.S. shipyards, owned by U.S. owners, and crewed by U.S. crews to be Jones Act compliant.”