Chemical Engineering
January 28, 2021
Tenho Connable, one of the first female engineers to graduate from the College of Engineering and a highly respected member of the U-M ChE alumni community, died on January 17, 2020 at the age of 101.| Short Read
Enlarge 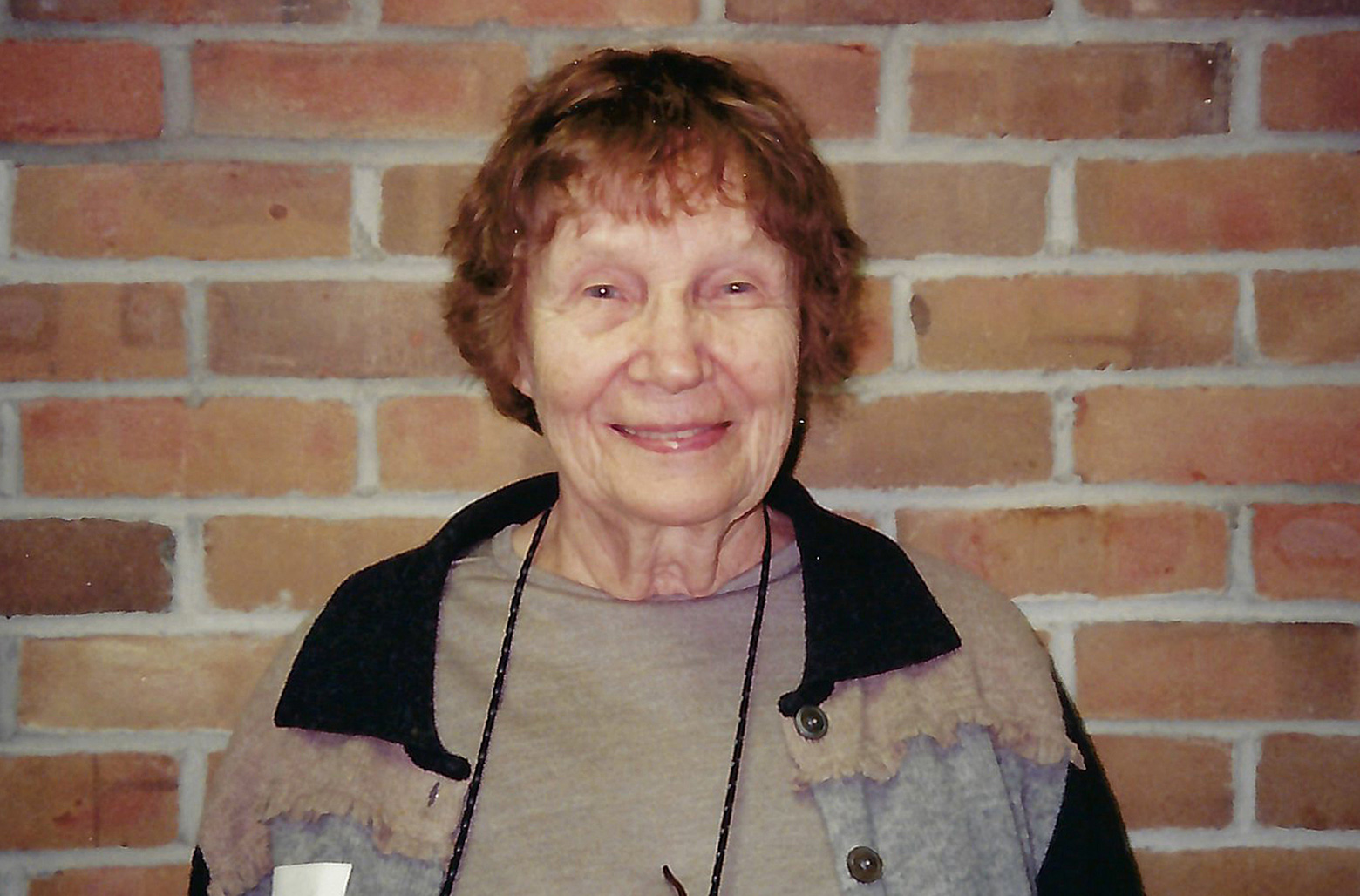 Tenho Connable, ChE alumna, passed away on January 17, in Kalamazoo, Michigan. She was 101.

Throughout her life, Connable had a great interest in science and technology, together with an active interest in the University of Michigan, and its College of Engineering. Along with her husband, the late Regent Alfred B. Connable, she was one of the university’s most loyal and active alumnae. Her older brother worked with Charles Kettering at General Motors and she credited him her for encouraging her early interest in science.

Connable received her bachelor’s degree in chemical engineering from Michigan in 1942 and was among the first female engineers to graduate from the College of Engineering. In 1941, she was the first Michigan woman to receive an honorary associate membership from Tau Beta Pi in 1941. Tau Beta Pi was strictly a male organization; women were not granted full membership until 1969. Connable received her key after this to replace the pin with a picture of the key that she was given in 1941. After receiving her bachelor’s degree, Connable worked briefly as an administrative assistant for the vice-president of operations at the Shell Chemical Company in San Francisco. Unfortunately she was not given the opportunity for any “hands on” experience in her job.  Her request to visit the oil fields was denied because women in those days were not allowed on the fields. 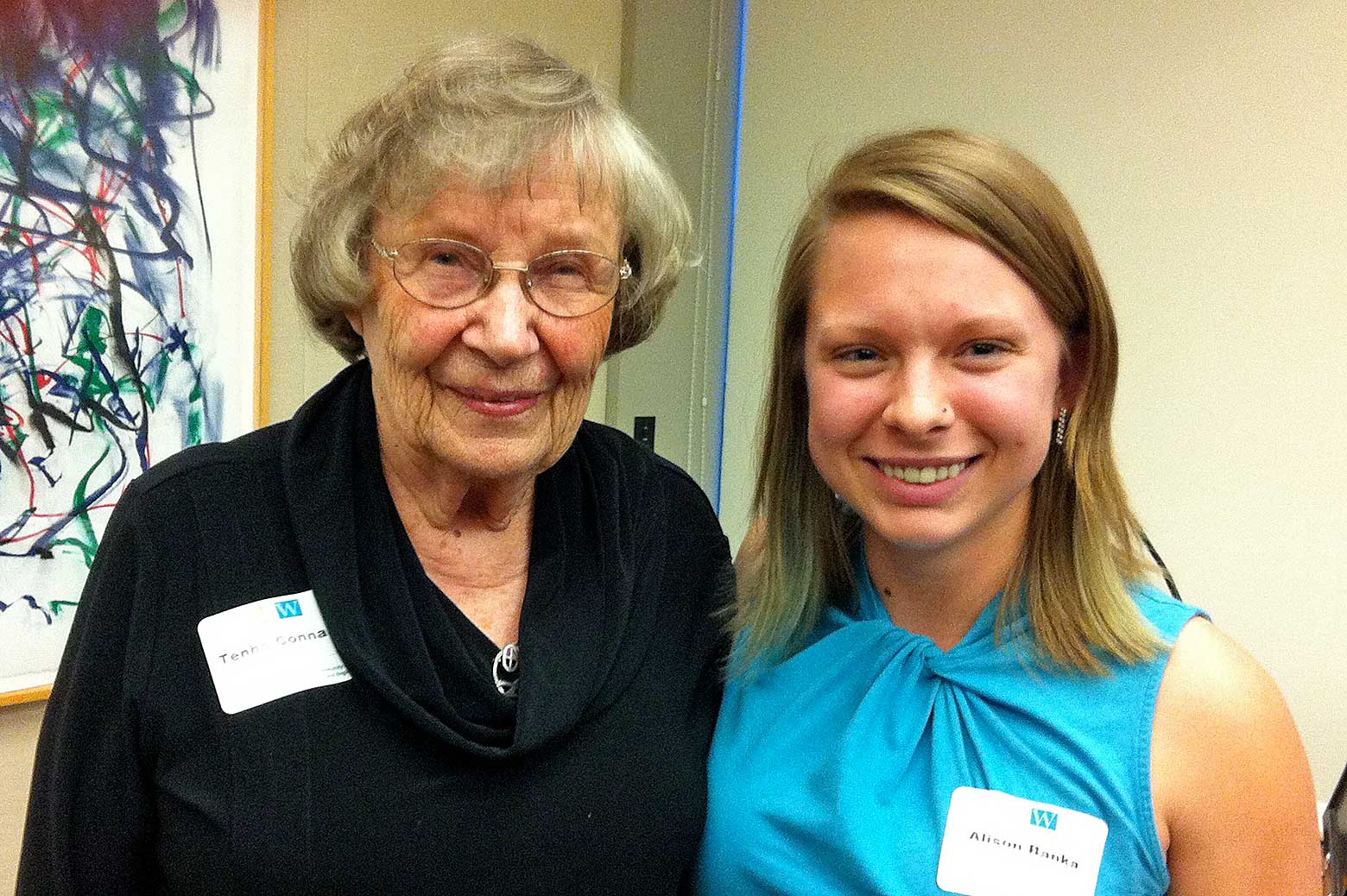 Connable received the ChE Alumni Society award in 2001, and was the department’s guest of honor at the ChE Annual Alumni Luncheon. She attended several more homecoming luncheons and also participated in other College events.

Susan Montgomery, the department’s long-time Director of Undergraduate Studies and Undergraduate Program Advisor, first met her when she returned to campus in 2001 and says, “As a woman graduate of our department, it was an honor to meet Mrs. Connable when she was selected as our Outstanding Alumna in 2001. She was so happy to see the large percentage of women in ChE now, and her warm and charm endeared her to all. She has been a great role model to me as I move into the next phase of my life. That she was still ballroom dancing at 101 says it all.”

IMAGE:  Tenho and her son, Patrick Hindert, at a ChE Annual Alumni Luncheon.

She participated in many community activities in Kalamazoo including the League of Women Voters of Kalamazoo, the Kalamazoo Arts Council, and the Kalamazoo County Bicentennial Committee. She was a founding member of the Kalamazoo Figure Skating Club, a member of the Every Friday Club, and developed a passion for competitive ballroom dancing. She had just finished her final dance session days before her death.

Any charitable gifts in Tenho’s memory may be made to Friendship Village of Kalamazoo.