by Madeline Trumbauer
December 17, 2020
Congratulations to PhD student, Eytan Adler, on receiving the 2020-2021 Michigan Institute for Computational Discovery and Engineering (MICDE) Fellowship for his work with hybrid electric aircraft! Established in 2013 as an initiative by the University of Michigan College of Engineering, the College of Literature, Science and the Arts, and the Office of Research, the MICDE Fellowship awards graduate students from a diverse set of research disciplines for their contributions to advancing scientific computing. | Short Read

First-year U-M Aerospace Engineering PhD student Eytan Adler was named a 2020-2021 MICDE Fellow for his research on hybrid electric aircraft in the Multidisciplinary Design Optimization (MDO) Lab. He is working on a technology to manage the heat generated by the high power electrical components with the ultimate goal of developing more fuel efficient airliners. 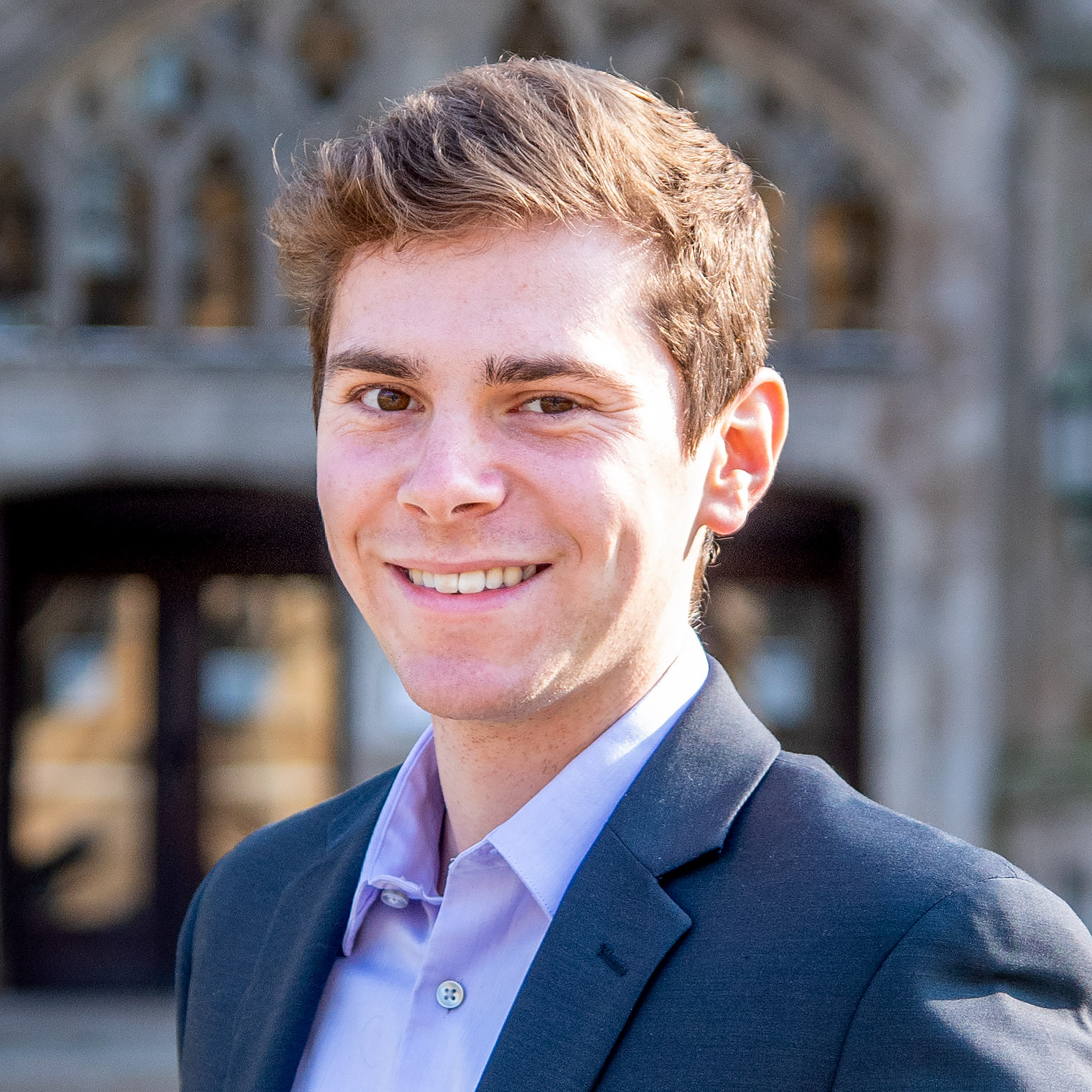 Currently, he is working with NASA scientist Rodger Dyson on an emerging technology for hybrid electric aircraft that uses acoustic waves to distribute energy to cool the aircraft’s batteries, electric motors, and other electrical components. The technology is more efficient, lighter, and less complex than existing methods of distributing cooling energy. Eytan is quantifying the benefits of Dyson’s technology and analyzing how it would be incorporated into a hybrid electric airliner.

Eytan is in his first year of his PhD. He received his Bachelor of Science in Engineering in Aerospace Engineering from the University of Michigan. Through Professor Joaquim Martins’ undergraduate aircraft design course Eytan learned about the innovative, state of the art work of the MDO Lab, led by Professor Martins. Reflecting on his decision to pursue a PhD, he remarked: “The caliber of work, variety of applications, and brilliance of the students in the MDO Lab is hard to beat—I knew I had to stay.”

In addition to his academic career, Eytan has worked at NASA Langley Research Center and Aurora Flight Sciences.