EECS: Computer Science and Engineering
November 12, 2020
The award, named for a U-M alum, is a preeminent honor in the field of operating systems.| Short Read
Enlarge 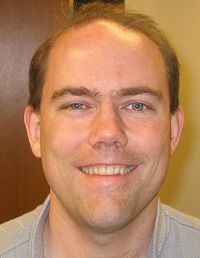 Prof. Jason Flinn has been recognized by the ACM Special Interest Group on Operating Systems (SIGOPS) with the 2020 Mark Weiser Award, a preeminent honor in the field of operating systems. The award recognizes a career of contributions “that are highly creative, innovative, and possibly high-risk, in keeping with the visionary spirit of Mark Weiser.” The award was created in 2001 to recognize outstanding researchers who began their careers at least 20 years prior to nomination.

Flinn joined U-M in 2002 as an assistant professor. His research is in the area of operating systems, mobile computing, storage, and distributed systems. He currently works on improving application debugging with cluster-scale computing and improving mobile application response times.

In 2020, Flinn was recognized by the ACM Special Interest Group on Mobility of Systems, Users, Data and Computing (SIGMOBILE) with a Test of Time Award for his paper on enabling power adaptation on mobile phones. Published in 1999, that paper led to systems used by default on nearly every mobile device today to save power and improve performance.

He received a best paper award at the 13th International Conference on Mobile Systems, Applications, and Services (MobiSys 2015) for a paper he co-authored that introduced Tango, a new method for using a remote server to accelerate the performance of mobile applications.

Flinn was elected a Fellow of the Association for Computing Machinery (ACM) in 2016. He has received an NSF CAREER Award, a U-M Faculty Recognition Award, and a College of Engineering Education Excellence Award in recognition of his consistently high rankings from students and his contributions to the curriculum. He currently serves as Vice Chair for ACM SIGMOBILE.

In 2012, Flinn authored a book titled Cyber Foraging – Bridging Mobile and Cloud Computing, which was published by Morgan & Claypool as a part of their Synthesis Lectures on Mobile and Pervasive Computing series. The book provides an introduction to cyber foraging, a topic that lies at the intersection of mobile and cloud computing.

The Mark Weiser Award is named in honor of the U-M alum (MA and PhD Computer and Communication Sciences, 1976 and 1979) known widely for his research accomplishments during his career at Xerox PARC. Weiser is widely considered to be the father of ubiquitous computing, a term he coined. Within Silicon Valley, Weiser was broadly viewed as a visionary and computer pioneer, and his ideas have influenced many of the world’s leading computer scientists.

Flinn is the second faculty member in CSE to earn the award, after Peter Chen in 2007.