A new way to measure respiratory rate, heart rate and heart rate variability has recently been developed in a collaboration led by the University of Michigan. Together with body temperature, these important indicators could identify a respiratory infection early—before a worker or student feels ill.

The technology, which was recently issued a U.S. patent, is particularly relevant to detecting illnesses such as the flu and COVID-19, but it can also be used to detect stress and other physiological conditions. In keeping with social distancing, the system can perform the health screening on masked participants from beyond six feet away.

“Respiratory rate is not typically monitored due to lack of easy technology,” explained Mohammed Islam, a professor of electrical engineering and computer science who is leading the research, “but it is often the first sign of deterioration as the body attempts to maintain oxygen delivery to the tissues.”

The new software can be deployed in a stand-alone device or in systems that include a time-of-flight camera, such as the latest flagship smartphones from Apple, Samsung and LG.

Early detection of COVID-19 during the asymptomatic period is important since people can be infectious and spread the virus without the outward signs of cough, temperature rise, or shortness of breath. Studies performed on influenza between 2010-2020 showed that the combination of heart rate, respiratory rate and temperature improves the accuracy of predicting illness by 42% compared to temperature alone, according to Islam.

Among COVID-19 studies, one using data from wrist-worn smart devices showed that heart rate and respiratory rate began to rise at least five days before the onset of symptoms. And heart rate variability, which is the beat-to-beat variation of the heart’s rhythm, decreased.

Islam’s technology uses a near-infrared sensor, which is part of the time-of-flight camera in a smartphone, to detect blood flow on the upper portion of the face for heart rate and heart rate variability. In addition to the sensor, the time-of-flight camera contains a laser that bounces infrared light off the subject. This enables the camera to detect the motion of the upper part of the chest for the respiratory rate while compensating for fidgeting and swaying. Experimental results in a lab setting showed that readings were nearly identical to those of a high-end, FDA-approved oximeter placed on the finger as a reference point.

The device takes a 24-second video of the face and upper chest of a participant, and then uses machine learning and artificial intelligence to process the data to derive the physiological parameters.

Because each individual has a unique heart rate and respiratory rate that is typical for them, this technology works best if a baseline has been established. Islam suggests that this baseline information can be easily captured on the newer smart phones and wearable devices.

Islam’s contactless, physiological measurement system could be used in advanced driver assistance systems in vehicles to monitor the health of the driver, as well as potentially providing cost-effective health screening at the entrances to buildings, ships or other facilities.

The technology also has applications to virtual reality and contactless authentication. If approved by the FDA as a medical device, it could provide continuous, contactless monitoring of hospital patients.

Islam has been issued US Patent 10,820,807 to protect the technology for future development, and has received allowances on three other patents. The University of Michigan and Omni MedSci Inc. are now seeking investors and partners to bring the technology to market.

Islam is also a professor of biomedical engineering. 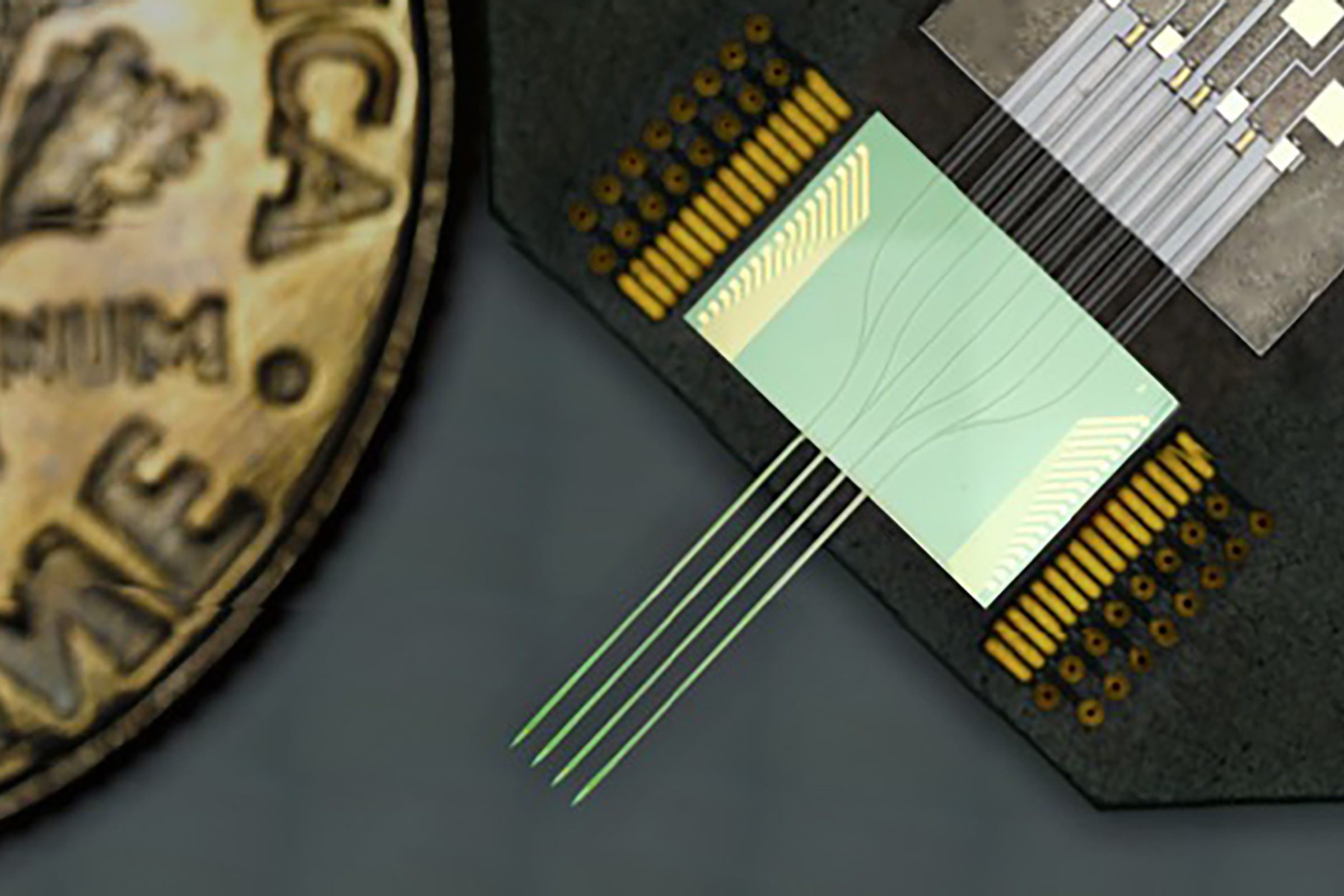 Prof. Euisik Yoon and his team are recognized for their work designing low-noise, multisite/multicolor optoelectrodes that will help neurologists learn more about neural connectivity in the brain. | Short Read
Researchers