by Sara Norman
Nuclear Engineering and Radiological Sciences
September 2, 2020
He will use the fellowship to continue his research into radiation effects in commercial nuclear materials.| Long Read
Enlarge 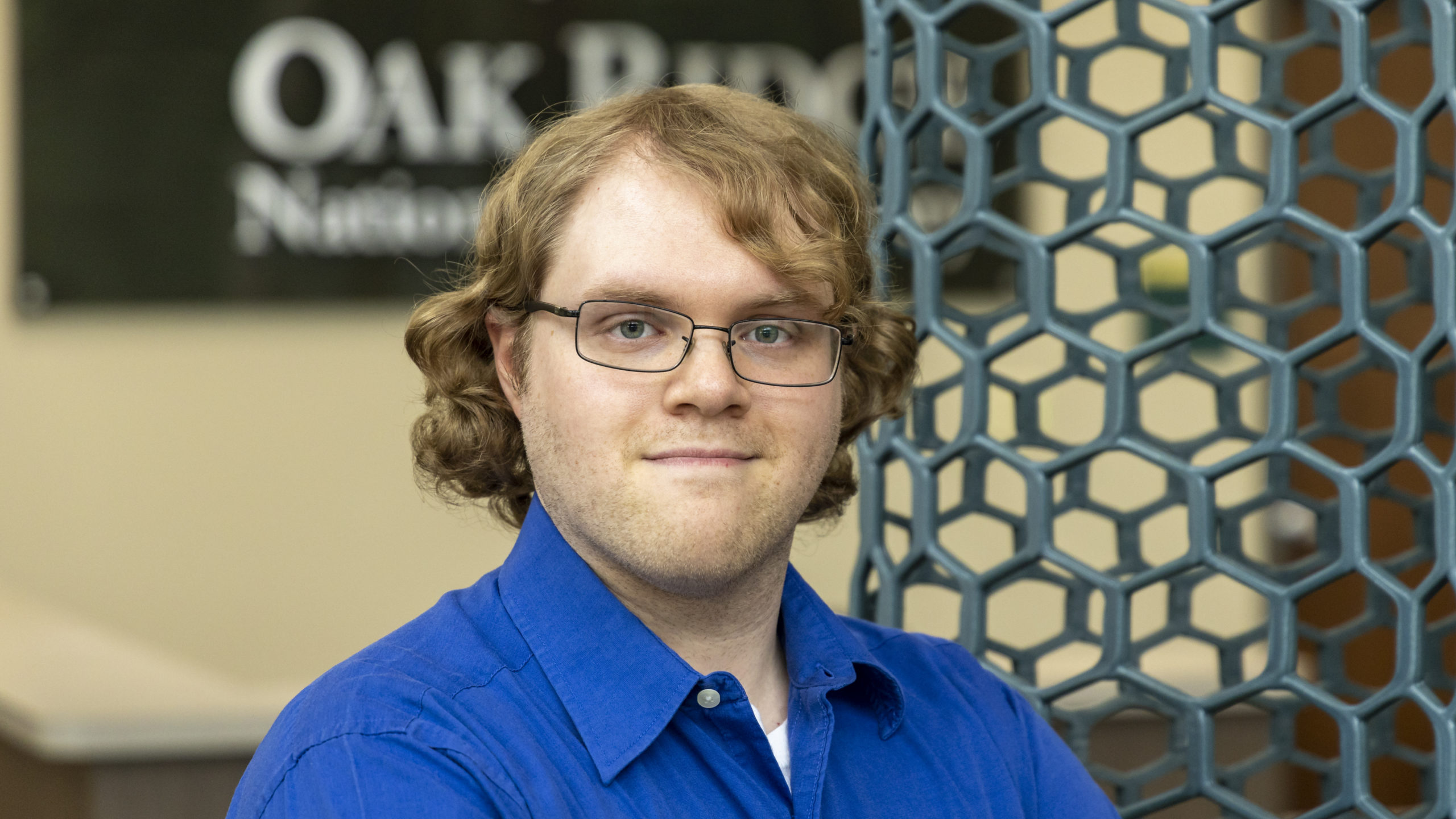 U-M Department of Nuclear Engineering and Radiological Sciences (NERS) alum Stephen Taller has received the Weinberg Fellowship at Oak Ridge National Laboratory (ORNL) for his research into radiation effects in commercial nuclear materials and emerging material systems. Taller’s research is done in pursuit of his goal of seeing nuclear energy prosper in a safe and sustainable manner.

“I was ecstatic about the opportunity to join Oak Ridge National Laboratory,” Taller said. “It is an honor to be chosen almost right out of a Ph.D. program for this fellowship. There is a strong history at ORNL where materials science and nuclear sciences intersect, and I get to be part of it going forward.”

The Weinberg Fellowship is a highly competitive, prestigious early-career research opportunity to cultivate future scientific leaders. The fellowship honors Dr. Alvin M. Weinberg, who served as the director of ORNL from 1955 to 1973. ORNL describes the fellowship as being “awarded to leading young scientists and engineers who are new to ORNL and in physical and biological sciences and engineering with interests in energy and energy-related science and technology challenges. Demonstrated leadership skills such as creativity, delegation, responsibility and the ability to cultivate diversity of thought are also integral to selection.”

Taller received his Ph.D. from NERS in January 2020 and worked as a postdoc with Professor Gary Was until joining ORNL. While at NERS, Taller helped design world class capabilities at the Michigan Ion Beam Laboratory, contributed to the Best Practices for Conducting Ion Irradiations to Study Radiation Damage in Materials, co-hosted a workshop on characterization techniques for the microstructure of ferritic-martensitic steels and presented his work to the College of Engineering through the Engineering Graduate Symposium. These contributions while with NERS resulted in awards for Innovations in Nuclear Technology R&D from the Office of Nuclear Energy, DOE and the Richard and Eleanor Towner Prize for Outstanding Ph.D. Research.

“It seemed simple in concept, that there is an abundance of energy stored in atoms and we know how to release it."Stephen Taller
Tweet

Though it was episodes of The Magic School Bus growing up that piqued Taller’s initial interest in science, it was a discussion with Taller’s high school physics instructor that set him on the path to becoming a nuclear engineer. The instructor posed a semi-rhetorical question: Why does the sun shine? They then delivered a lecture on nuclear fusion and fission.

“It seemed simple in concept, that there is an abundance of energy stored in atoms and we know how to release it,” Taller said. “I decided to pursue a degree in Nuclear Engineering to gain an idea of how we harness these processes for electrical energy. I sought out the graduate program at University of Michigan to understand how radiation interacts with materials and how damage caused at the microscopic level impacts the broader landscape of nuclear energy.”

At ORNL, Taller plans to continue his research into methods to accelerate examining radiation effects in commercial nuclear materials and emerging material systems, such as those produced through additive manufacturing for the Transformation Challenge Reactor (TCR) program at ORNL. Additionally, he plans to develop automated operations of microscopy equipment and utilize machine learning to accelerate the understanding of the relationships between the radiation damaged microstructure observed at the nanoscale and the macroscale mechanical properties of the material.

“Many of the proposed reactor designs that improve on the safety, economics, and non-proliferation security of commercial nuclear power reactors depend on radiation-resistant materials being able to withstand high temperatures and intense radiation fields,” Taller said. “Traditionally, research to understand radiation-induced changes in materials is conducted in test nuclear reactors where the damage rate is only slightly higher than commercial reactors, limiting the ability for research to get ahead of anticipated problems.”

Taller’s research aims to understand radiation damaged material from a reactor core at an accelerated rate to advance nuclear technology beyond the limitations of the current nuclear power fleet and into the realm of advanced reactors. His Ph.D. work used multiple ion beams to simultaneously bombard a target as a source of radiation damage at a rate 1000x higher than test reactors and led to an understanding of how to generate some of the same radiation induced microstructural features across damage rates. Taller’s project as a postdoc examined radiation induced segregation and solute clustering across damage rates in ferritic-martensitic steels, building off his Ph.D. research into how independent radiation effect parameters influence the processes in the same material. He plans to use this knowledge at ORNL to rapidly design and examine new alloys for advanced nuclear reactors.

“My long-term objective is to see the continued use of nuclear technology for widespread electricity generation through the development of radiation resistant materials,” Taller said. “There are a lot of good ideas that need knowledge of radiation damage in materials to make that jump from paper to reality.”