The U.S. Department of Energy (DOE) has announced that four students from the U-M Department of Nuclear Engineering and Radiological Sciences have been given an Innovations in Nuclear Technology R&D award. Rigel Hanbury, Jordan Noey, William Steinberger, and Jack Thiesen were awarded for innovative nuclear-technology-relevant research.

In addition to a cash prize, the students will have the opportunity to participate in the 2020 Nuclear Technology R&D Annual Meeting and the 2020 American Nuclear Society Winter Meeting. They will also be invited to the Innovators’ Forum, which is designed to engage students in advancing innovations in nuclear technology research.

According to DOE, “In order to be successful and retain its leadership role in nuclear technologies, the United States must foster creativity and breakthrough achievements to develop tomorrow’s nuclear technologies. DOE has long recognized that university students are an important source of breakthrough solutions, and a key component in meeting its long-term goals. The Innovations in Nuclear Technology R&D Awards program was developed for this purpose.”

Rigel Hanbury, a NERS Ph.D. student, was awarded in the Open Competition in the category of Advanced Fuels. His award-winning research paper, “Oxide Growth and Dissolution on 316L Stainless Steel During Irradiation in High Temperature Water,” was published in the journal Corrosion Science in August 2019. 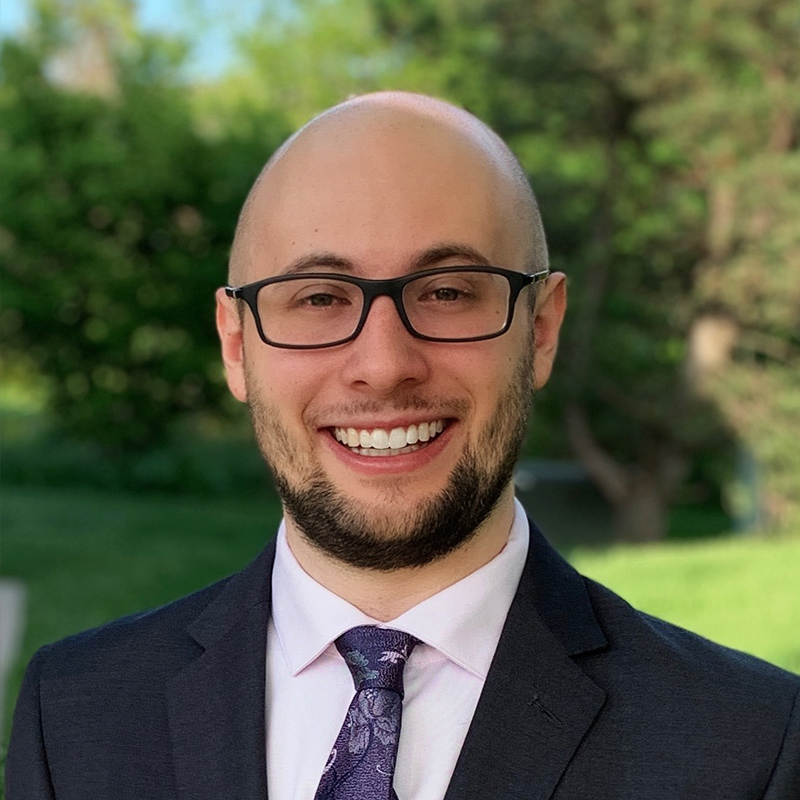 Jordan graduated from a small high school in Midland, MI before starting at U-M. He was originally interested in the chemical engineering program but at some point he began to find the radiation field to be quite fascinating as well.

That fascination with radiation brought him to NERS, where Jordan did his undergraduate studies and is currently working on his masters degree. He is also a lab manager in the Radiological Health Engineering Laboratory and was a graduate student instructor for NERS 484, 582, and 586.

Jordan was given this award for his work in radiation detection for environmental analysis, which he is currency researching, along with radiological quality control, design and analysis of a Geiger smart detector; environmental sample screening and analysis; and radon can calibration.

“I feel very honored to win such a prestigious award,” Jordan said. “It is a good feeling knowing that your research gets recognized and that you are making a difference in your field.”

In his spare time, Jordan enjoys making various coffee drinks, playing fun tabletop games, and reading interesting books. Next up for Jordan—he hopes to apply for the NERS PhD program this summer, and to eventually either work as a research scientist in a national lab or to obtain a medical physics certificate.

“I would like to give a special shoutout to Professor Kearfott for all of her time and guidance she has given me throughout these past few years,” Jordan said. “I would also like to thank the small community in NERS for helping me build relationships, participate in small, research-oriented teams, and help guide me to what I would like to accomplish in the future.” 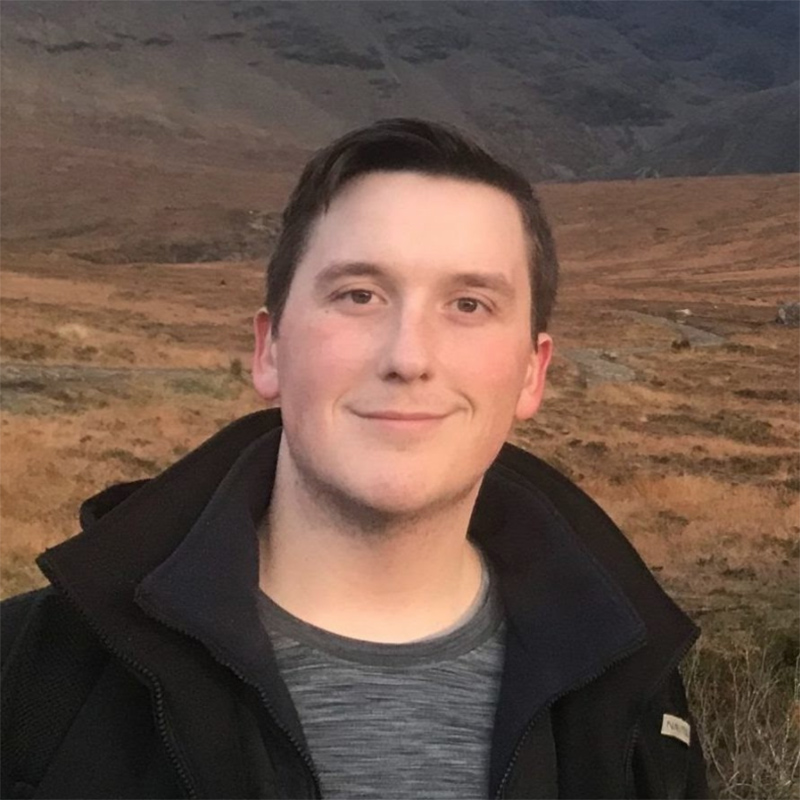 William grew up on the water in Newport News, Virginia near NASA Langley and the Thomas Jefferson National Accelerator Facility.

“I was lucky enough to be selected for a highschool internship at Jlab where I found my love for research and development,” he said. His exploration of the R&D field continued during his undergraduate studies at the Rensselaer Polytechnic Institute where he was part of a dark matter search team and interned at Knolls Atomic Power Laboratory. When deciding what to do post-graduation, he knew he wanted to work with his hands and focus on instrumentation research.

“The program here at the University of Michigan seemed like it would be a perfect fit for me,” William said, “and I’d say that it has turned out to be!”

William was awarded in the Open Competition in the category of Material Protection, Control, and Accountancy. His award-winning research paper, “Imaging Special Nuclear Material using a Handheld Dual Particle Imager,” was published in the journal Scientific Reports in February 2020.

On winning, William said, “I am honored to be selected as one of the winners of the 2020 Innovations in Nuclear Technology R&D Awards. The support and recognition from these types of programs tell us that our research is on the right track and that we are helping the advancement of the field. It is also a reminder that we need to stay diligent with our research and maintain a level of excellence in the work we put out.”

William’s research focuses on the development of a handheld dual-particle imager (H2DPI). Special nuclear materials—materials that can be used for nuclear weapons—tend to emit both neutrons and gamma rays. “By developing a human-portable system that can detect and localize both types of particles, we hope to give emergency responders, inspectors and warfighters the capabilities to easily find and identify these types of materials,” William said.

At U-M, William is an avid member of the Institute of Nuclear Materials Management student chapter. He has held several officer positions including president, immediate past president and publicity chair.

William hopes to become a research scientist at one of the national labs where he can continue performing instrumentation research for nonproliferation applications.

“I’d like to give a special thanks to my advisor, Professor Sara Pozzi,” William said. “I would not have won this award without her support. The Detection for Nuclear Nonproliferation Group she has put together here at Michigan has been instrumental to my learning and has given me some of the coolest research opportunities. Not many people can say that they’ve held 4.5 kg of weapons-grade plutonium, but thanks to these opportunities, I can say I have!” 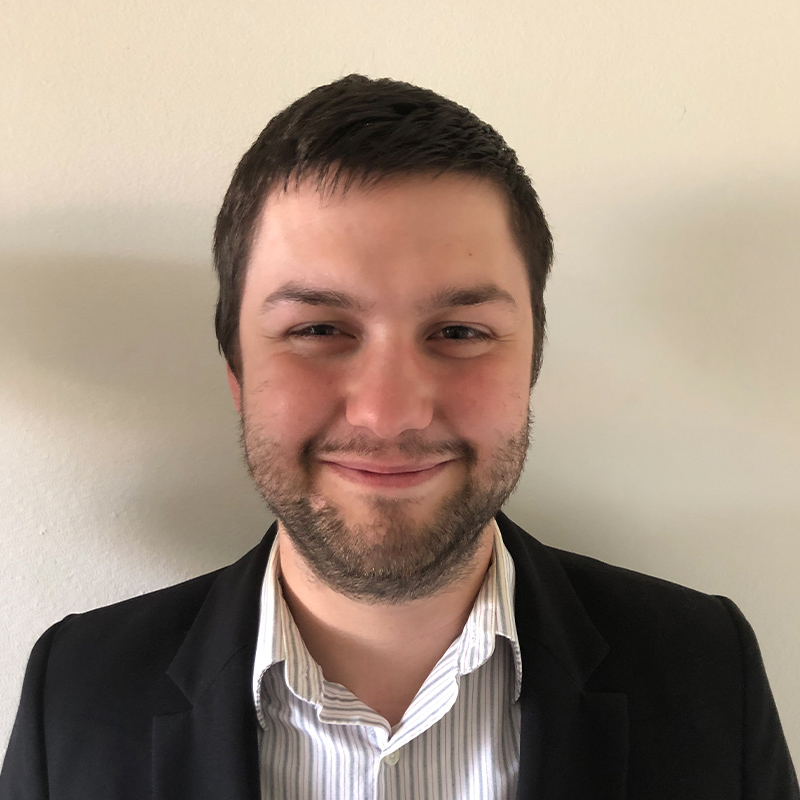 Jack lived in Boulder, CO, until he was 11, and his family moved to Michigan. At U-M he majored in Trumpet Performance in the School of Music, Theatre, and Dance and is currently completing his undergraduate studies in the Engineering Physics program. He is also a student member of the Health Physics Society (HPS) and was an IA for NERS 484/582 last fall.

“I am incredibly excited,” Jack said. “This award will greatly assist me in my pursuits.”

Jack isn’t sure what the future holds, but he’s excited to face it.

“Thank you to Professor Kearfott for encouraging me to apply for this award and guiding me in my research,” Jack said.