by Sara Norman
Nuclear Engineering and Radiological Sciences
August 18, 2020
The committee advises the Director of the U.S. Department of Energy’s Office of Science| Short Read
Enlarge 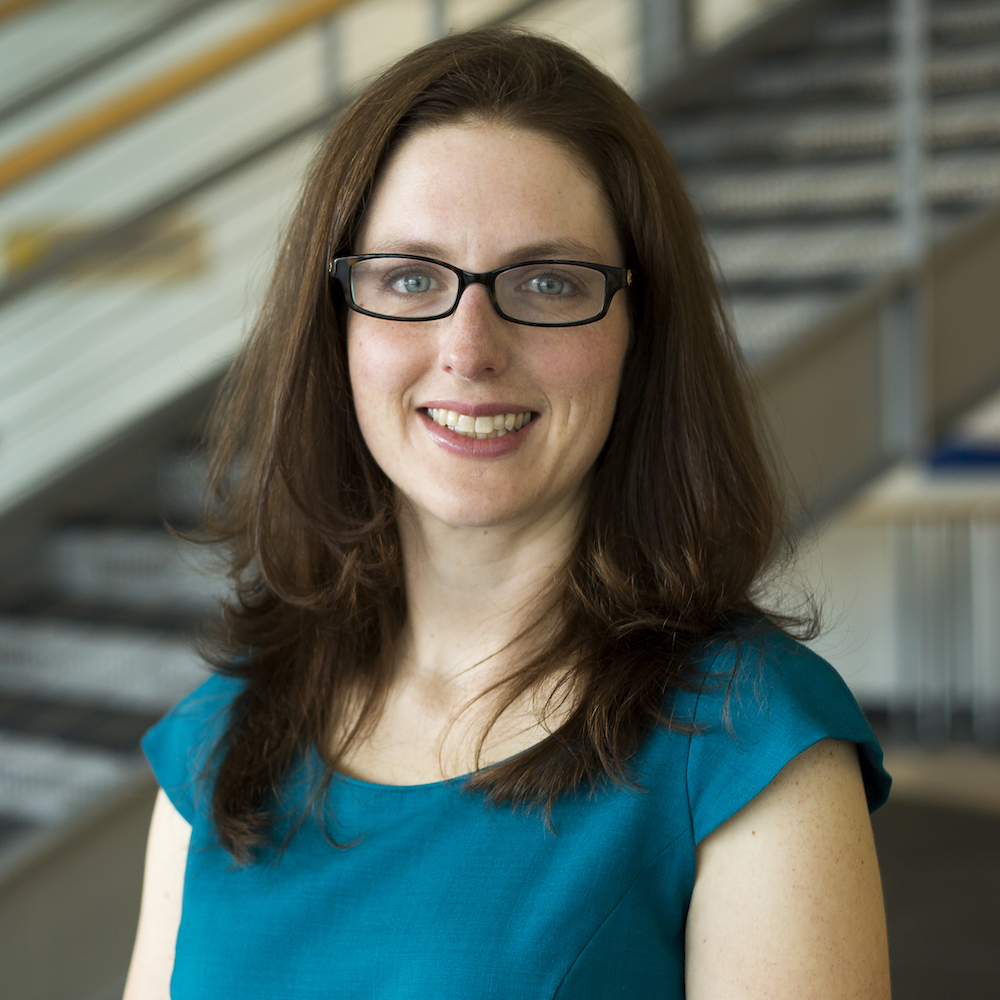 Carolyn Kuranz, Associate Professor in the U-M Department of Nuclear Engineering and Radiological Sciences (NERS), begins her term today as a member of the Fusion Energy Sciences Advisory Committee (FESAC). The FESAC is a charter of the U.S. Department of Energy (DOE) Office of Science and is comprised of almost two dozen members from universities, national laboratories, and industrial companies.

Kuranz joined NERS in 2019 as an experimental plasma physicist with research interests in high-energy-density plasmas, hydrodynamic instabilities, radiation hydrodynamics, and magnetized plasmas. She performs her research on high-power laser facilities around the world, including the National Ignition Facility and the Omega Laser Facility. 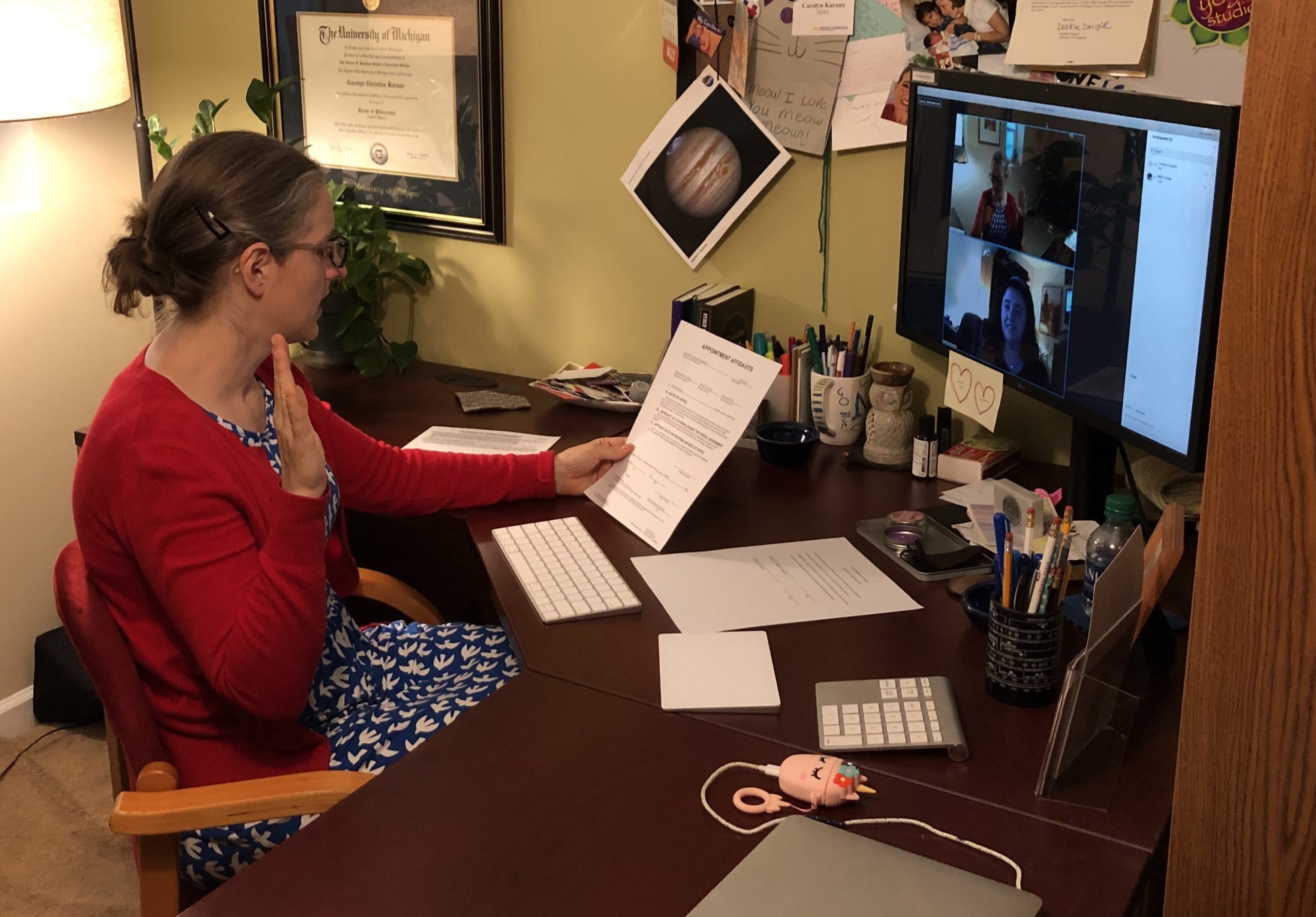 IMAGE:  Kuranz takes the oath to serve as a member of the Fusion Energy Sciences Advisory Committee.

According to the Office of Science website, its director charges the FESAC to provide advice and recommendations on various issues of concern to the Fusion Energy Sciences program. The committee conducts its business in public meetings and submits reports containing its advice and recommendations. Members serve three-year terms and may be reappointed to serve multiple terms. Because members are appointed as experts in specific fields, it is necessary for them to also be appointed as Special Government Employees, a role in which they serve whenever they are involved in FESAC business.

The only other U-M faculty member to serve on the committee was Professor John Foster, also of NERS, who served from 2014–2017.

“I am looking forward to advising the Fusion Energy Science program,” Kuranz said, “as there are many exciting opportunities in high-energy-density science and high-intensity laser science.”