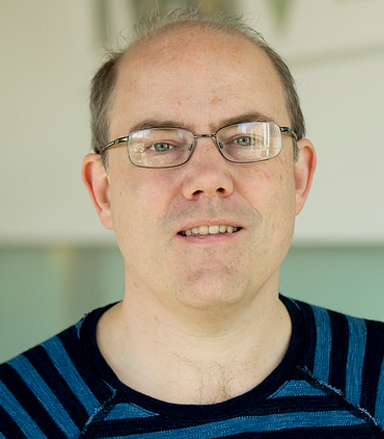 The ACM’s Special Interest Group on Mobility of Systems, Users, Data and Computing (SIGMOBILE) has recognized a paper co-authored by Prof. Jason Flinn with the 2020 Test of Time Award. The award recognizes his work with Prof. Mahadev Satyanarayanan of Carnegie Mellon University on enabling power adaptation on mobile phones, leading to systems used by default on nearly every mobile device today. Their paper, “Energy-aware adaptation for mobile applications,” was published in 1999 at the ACM Symposium on Operating Systems Principles (SOSP ’99).

The paper, published while Flinn was a PhD student at CMU, was the first work to describe what we now know as battery adaptability on mobile devices. Things like “low power mode” were new concepts at the time of this research, which proposed methods for applications and operating systems to collaborate to achieve user-specified energy use.

“While at the time this was new ground, the approaches it presents are now simply standard practise in the devices and apps we use every day,” says Tanzeem Choudhury, chair of the SIGMOBILE 2020 Test-of-Time Award Committee. “It is remarkable how prescient this 1999 paper was, and how well its ideas have stood the test of time. This paper presaged a huge amount of work in energy adaptation by both academia and industry, and the area remains of core interest to SIGMOBILE.”

Their adaptation platform, called Odyssey, was originally developed by Prof. Brian Noble. Odyssey found ways to strategically reduce quality in certain apps when resources were low without affecting the usefulness of the data being displayed. Used originally for low bandwidth, it could direct a map app to fetch maps with reduced detail to avoid making the user wait through a long transfer delay.

Odyssey quantified the quality of data being delivered to a user with a trait the researchers dubbed “fidelity,” allowing the system to target certain fidelity ranges automatically when it was strapped for resources.

This system translated well to the context of energy preservation. The operating system, with knowledge about how much battery life is left, could instruct an app to target lower fidelity output and reduce its power load accordingly. Their results showed energy reductions by an average of 36%. Combined with hardware power management, they achieved overall reductions between 31% and 76%, or 50% on average — in effect, doubling battery life.

The concepts developed in this paper would go on to underpin battery adaptations in use today, such as disabling app background activities or dimming screen brightness when energy starts to run low. The particular applications Flinn analyzed (web browsers, voice recognition, video players, and maps) are still ubiquitous.