by Catharine June
EECS: Electrical and Computer Engineering
July 19, 2020
Michielssen is a leader in the field of Computational Electromagnetics and its application to real-world problems| Short Read
Enlarge 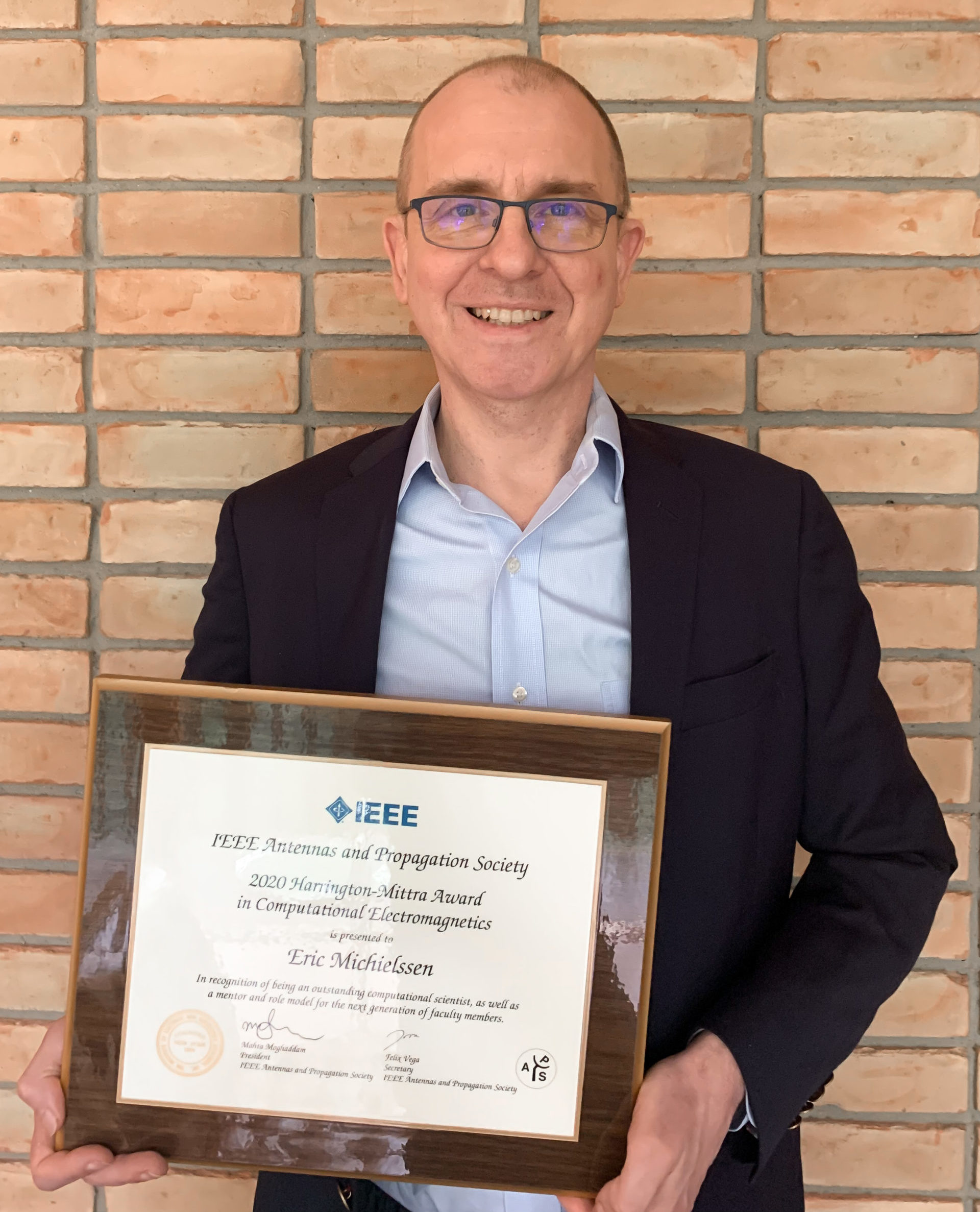 Eric Michielssen received the 2020 IEEE AP-S Harrington-Mittra Computational Electromagnetics Award “In recognition of being an outstanding computational scientist, as well as a mentor and role model for the next generation of faculty members.”

This Field Award for outstanding achievement in Computational Electromagnetics (CEM) is presented by the IEEE Antennas and Propagation Society (AP-S).

Michielssen, the Louise Ganiard Johnson Professor of Engineering, specializes in the development of fast and efficient algorithms for solving Maxwell’s equations, and their implementation on powerful parallel computers. He has applied his techniques to the characterization of semiconductor and microelectronic devices, photonic crystals and optical phenomena, aircraft scattering, antennas and wireless propagation, and more.

Michielssen has published over 200 journal papers and over 500 conference papers. Sixteen of his former students and postdocs now hold faculty positions in the U.S. and abroad.

The award was presented at the 2020 IEEE International Symposium on Antennas and Propagation and North American Radio Science Meeting, held virtually July 5-10, 2020.

An interdisciplinary team of faculty created a new introductory course in robotics that is designed for inclusivity by focusing on linear algebra instead of AP calculus, opening it up to freshman students with a broad mathematical background.| Short Read
Related