by Sara Norman
Nuclear Engineering and Radiological Sciences
June 24, 2020
The NERS graduate became a professor of nuclear and electrical engineering at the University of Washington.| Short Read
Enlarge 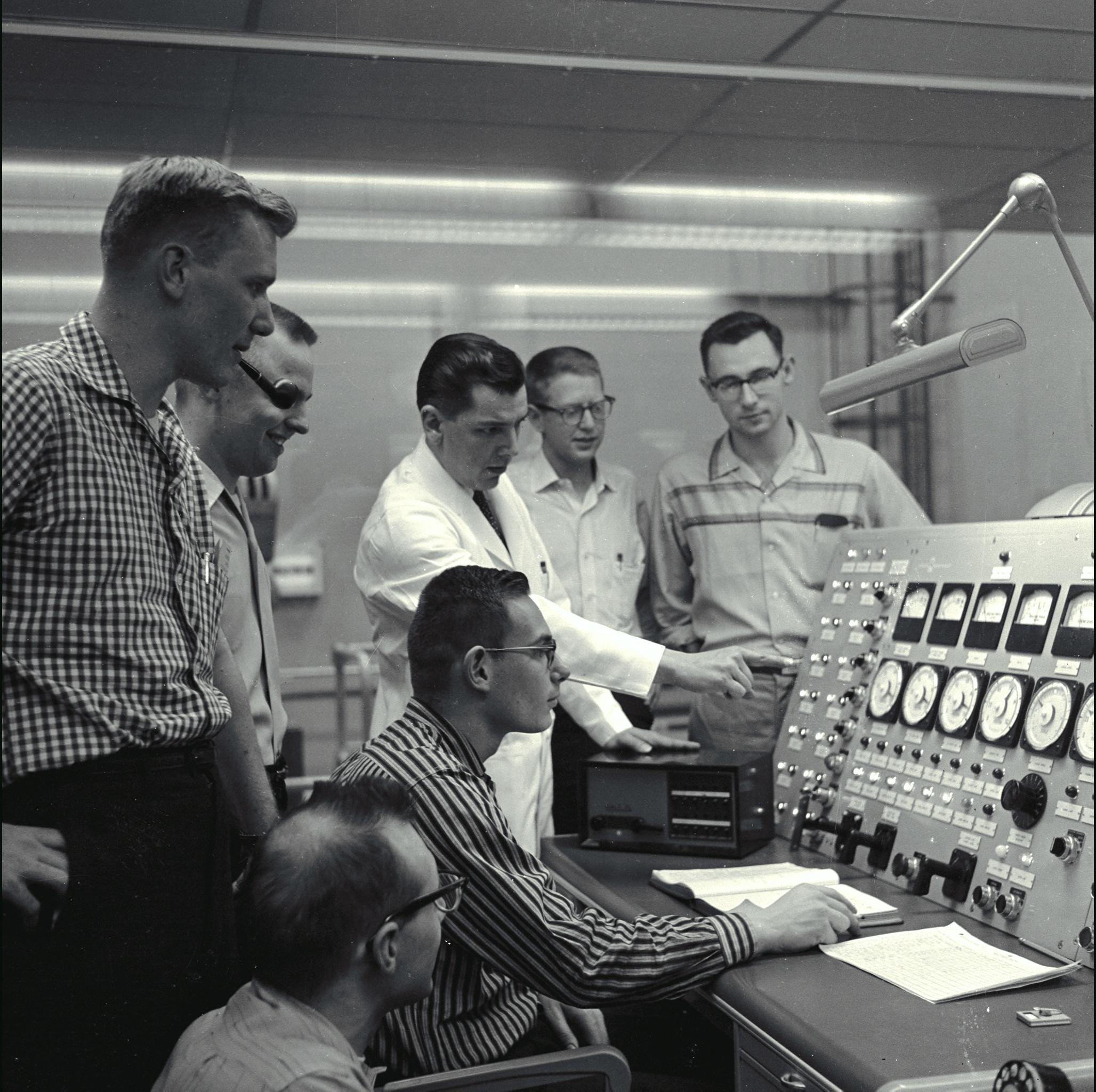 IMAGE:  NERS students attending class at the Ford Nuclear Reactor. Charles Ricker, instructor in Nuclear Engineering, Dept. of Electrical Engineering, and Reactor Operator, describes the operation of the control panel. Albrecht is on the far left.

Dr. Albrecht completed his undergraduate studies in Electrical Engineering at Purdue University. He went on to earn his master and doctorate degrees in Nuclear Engineering from NERS with a fellowship from the Atomic Energy Commission. In 1961, he was awarded the Mark Mills Award by the American Nuclear Society. It is awarded to the graduate student author who submits the best original technical paper contributing to the advancement of science and engineering related to the atomic nucleus. Dr. Albrecht was the first recipient from U-M to receive the award, and the third overall.

Dr. Ron Fleming, NERS grad and friend of Dr. Albrecht’s, recalls that “Bob always looked, acted and dressed like a professor—even as a grad student, or at least it seemed so to me.”

Dr. Albrecht led a distinguished life as a professor of nuclear and electrical engineering at the University of Washington. During his 40-year career, he was a mentor to numerous graduate students and consulted at research facilities and nuclear plants internationally.

Dr. Albrecht was a strong proponent of breeder reactors as the most practical way to ensure a reliable electrical energy supply in the future. In his last decade at the university, he created an autonomous robotics lab to do early work on sensors and mobility.

He is survived by his wife, Mary; his son, Robert Albrecht Jr., with daughters Renee and Amelia; and his daughter, Liz Behlke with her daughter Aurora.