by Sara Norman
Nuclear Engineering and Radiological Sciences
June 25, 2020
Field is one of only 50 U.S. professors to win this year| Short Read
Enlarge 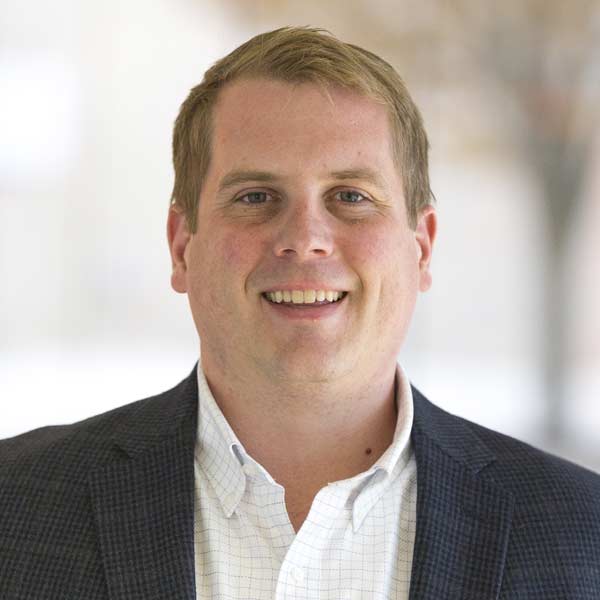 Kevin Field, associate professor in the U-M Department of Nuclear Engineering and Radiological Sciences (NERS), has been awarded funding for research as part of the U.S. Department of Energy (DOE) Office of Science’s Early Career Research Program.

Field is a nuclear materials scientist with expertise in advanced alloy development and radiation effects in material systems relevant for nuclear power generation. He joined the NERS faculty in 2019 where he is currently the principal investigator in the Nuclear Oriented Materials & Examination (NOME) Laboratory.

The award from the Early Career Research program will support Field’s research on investigating the complex changes steels undergo in fusion energy devices. “Steels are more complex than many people think,” says Field, “understanding how they evolve when exposed to the extremes in a fusion device could be one of the keys to realizing fusion energy.” Field’s work will leverage the Michigan Ion Beam Laboratory in NERS among other facilities at the University of Michigan.

Previously, Field was a Weinberg Fellow and Research Scientist at Oak Ridge National Laboratory (ORNL). He was given the 2018 UT-Battelle Early Career Research award from ORNL and was a recipient team member for the 2019 Materials Performance Corrosion Innovation of the Year Award for the development and deployment of FeCrAl claddings for nuclear power applications.

This year, the DOE gave Early Career Awards to 76 U.S. scientists—26 from national laboratories and 50 from universities. The office describes this initiative as being “designed to bolster the nation’s scientific workforce by providing support to exceptional researchers during crucial early career years, when many scientists do their most formative work.”

“Supporting talented researchers early in their career is key to fostering scientific creativity and ingenuity within the national research community,” said Under Secretary for Science Paul Dabbar. “Dedicating resources to these focused projects led by well-deserved investigators helps maintain and grow America’s scientific skill set for generations to come.”

Two other U-M professors were also given Early Career Awards. Wenhao Sun of the Department of Materials Science and Engineering was awarded for his research in predictive solid-state ceramic synthesis. Dr. Jennifer Bridwell-Rabb of the Department of Chemistry was awarded for research in structural and mechanistic studies of oxygen-dependent and oxygen-independent enzymes in chlorophyll biosynthesis.

Field will receive a grant for at least $750,000 over five years to support his research on understanding the mechanisms controlling precipitate stability in advanced steels for fusion energy devices.