by Hayley Hanway
EECS: Electrical and Computer Engineering
May 29, 2020
Andre was chosen for her outstanding research and commitment to outreach activities.| Short Read
Enlarge

IMAGE:  Laura Andre gives us a tour of her lab.

Andre works with Prof. Stephen Rand on the laser cooling of solids, in which thermal energy is removed from condensed matter through interactions with laser light. Controlling the temperature of macroscopic objects with light is beneficial for devices that require low operating temperatures in extreme environments, such as sensors on satellites or technology related to biological applications.

“One of the reasons I chose to pursue a PhD was that I believe this degree will give me the best opportunity to further scientific understanding and create new technologies that will have a positive impact on society,” Andre said.

Andre is an active officer and past president of the Optics Society at the University of Michigan (OSUM), which is a joint student chapter of the Optical Society (OSA) and SPIE. She created new outreach initiatives, organized professional development events, as well as expanded and diversified the organization’s membership base. 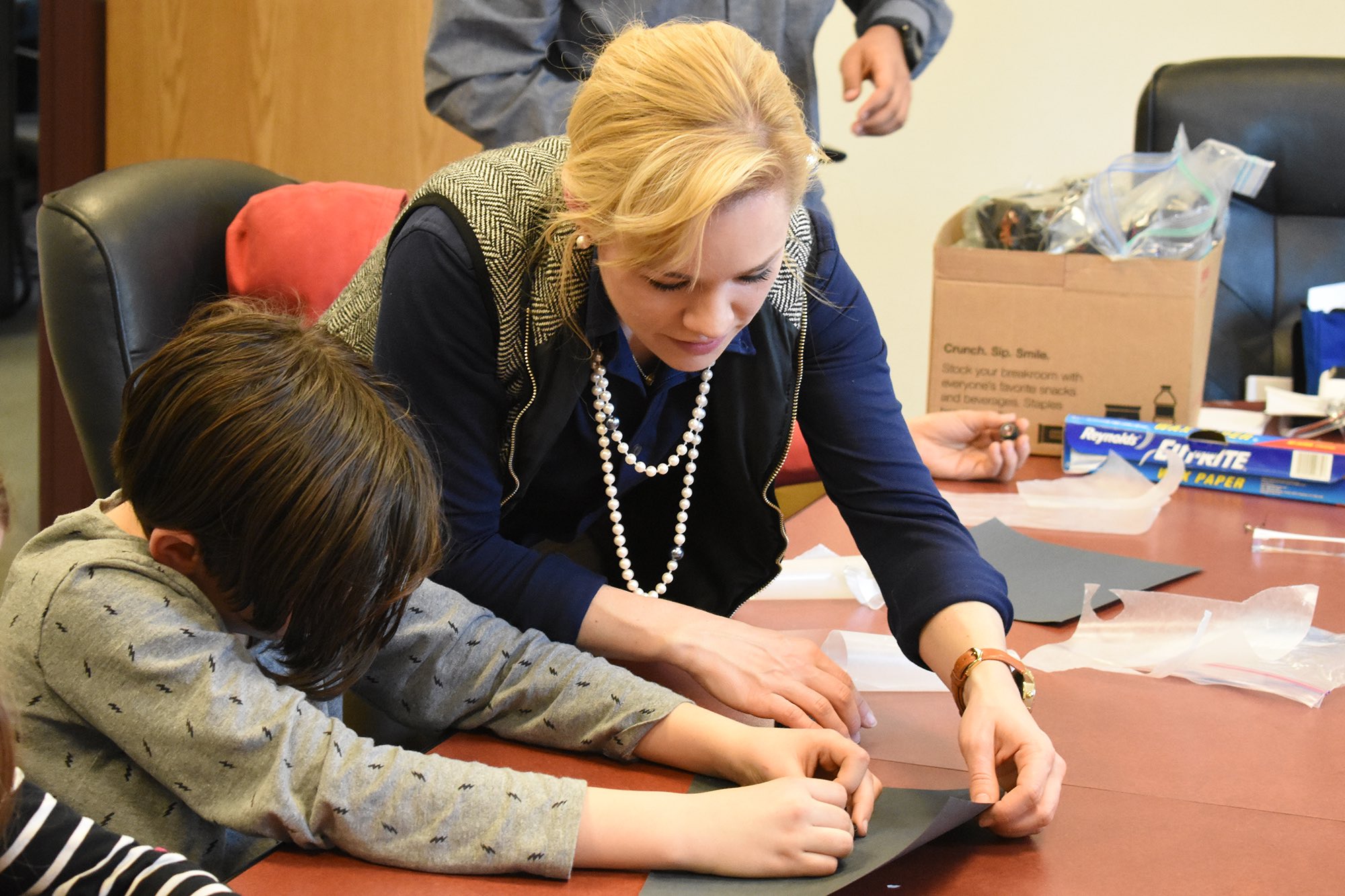 While president of OSUM, Andre organized a new project in partnership with the Peace Neighborhood Center, which is a community organization that provides programs and services to children, families, and individuals who are socially and economically disadvantaged. Every week, a member of OSUM and volunteers from the Ann Arbor Section of the Optical Societ hosted an after-school club to teach kids about optics, as well as science and engineering. They would bring recycled consumer electronics – such as old point-and-shoot cameras – and had the students disassemble the items to learn about the different components and subsystems, and then use the scrap parts to build something new.

“Working on that outreach project was really rewarding,” Andre said. “It was exciting to see the students tinkering and discovering new things about science. And we found a lot of them were not very interested in science at first, but after the project was over, they were really interested in learning more about technology and were thinking about studying to be engineers in the future.”

Andre also planned and organized a workshop where students build wireless laser communicators as part of Xplore Engineering, a large outreach event on campus hosted by the College of Engineering.

SPIE is the international society for optics and photonics, an educational not-for-profit organization founded in 1955 to advance light-based science, engineering, and technology. The Society serves more than 255,000 constituents from 183 countries, offering conferences and their published proceedings, continuing education, books, journals, and the SPIE Digital Library. Read more on the winners.