May 30, 2020
The successful launch of the SpaceX Falcon 9 and crew Dragon, carrying humans from the Kennedy center for the first time in 9 years, is a huge first step in US's second phase of space explorations.| Short Read
Enlarge 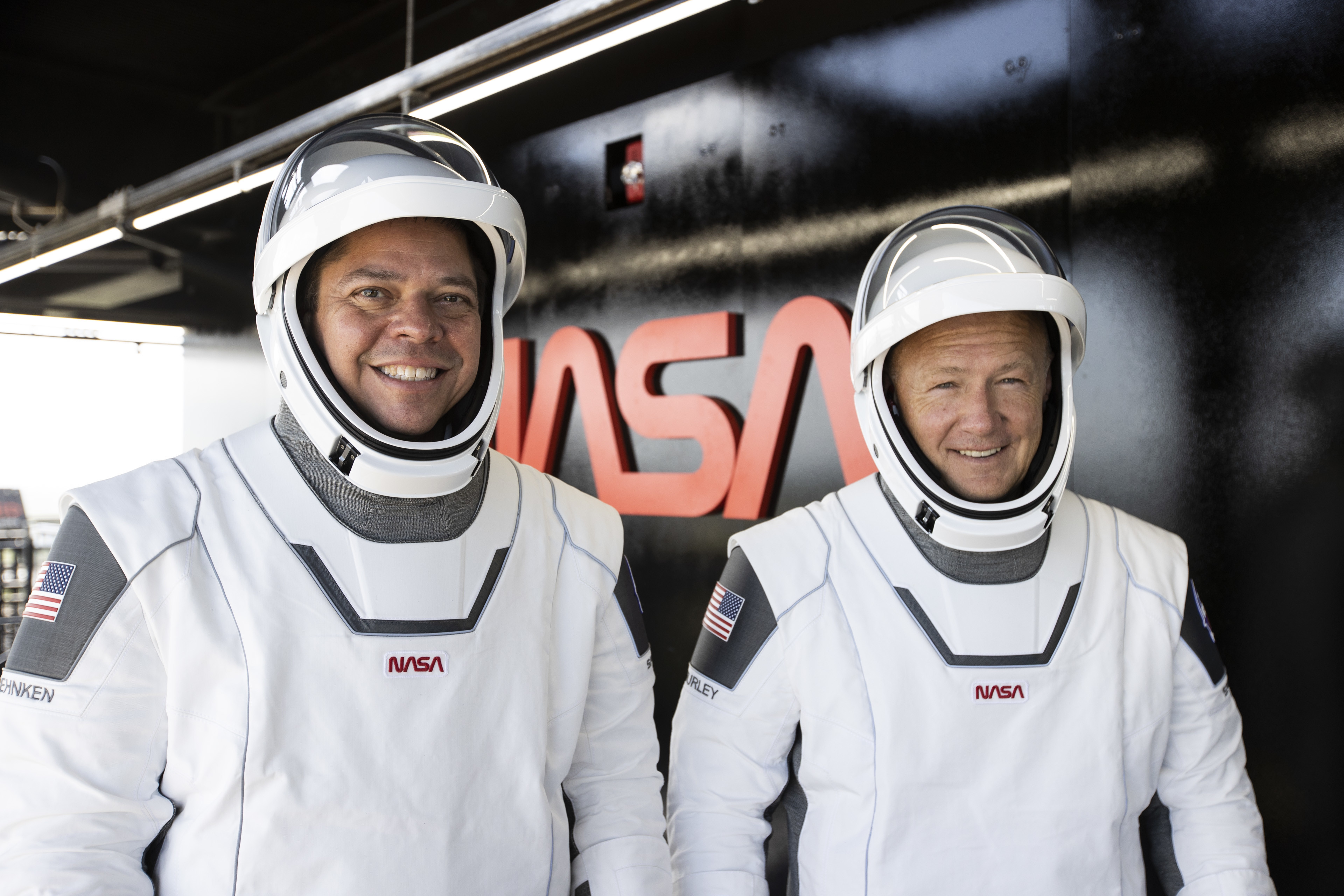 IMAGE:  NASA Astronauts Doug Hurley and Bob Behnken before departing to the ISS aboard the SpaceX Falcon 9 rocket.

The successful launch of the SpaceX Falcon 9 and crew Dragon, carrying humans from the Kennedy center for the first time in 9 years, is a huge first step in the US’s second phase of space explorations. This launch adds to the many initiatives planned by our own University of Michigan Space Institute (UMSI). It also provides purpose to develop an educated workforce that will lead in many efforts related to setting up a human presence in space.

Foremost amongst these is UM’s effort to build a strong space engineering academic program that will use the many resources in the College, including the Robotics program (Professor Ella Atkins), the Human Factors program (Adjunct Professor Nadine Sarter), the necessity to handle and anticipate risk (Adjunct Professor James Bagian), human-robot interactions in space (Associate Professor Dimitra Panagou) and the world renowned PEPL labs (Dean Alec Gallimore and  Assistant Professor Ben Jorns), a leader in space propulsion. In addition to these, the multitude of ongoing projects in ClaSP, Astronomy and elsewhere within the University and the anticipated team efforts facilitated by the UMSI situates the UM College of Engineering to be a world leader in Space engineering. It was not too long ago when the late Aerospace  Professor Harm Buning was commissioned by NASA to teach Orbital Mechanics to the astronauts in the Apollo program. 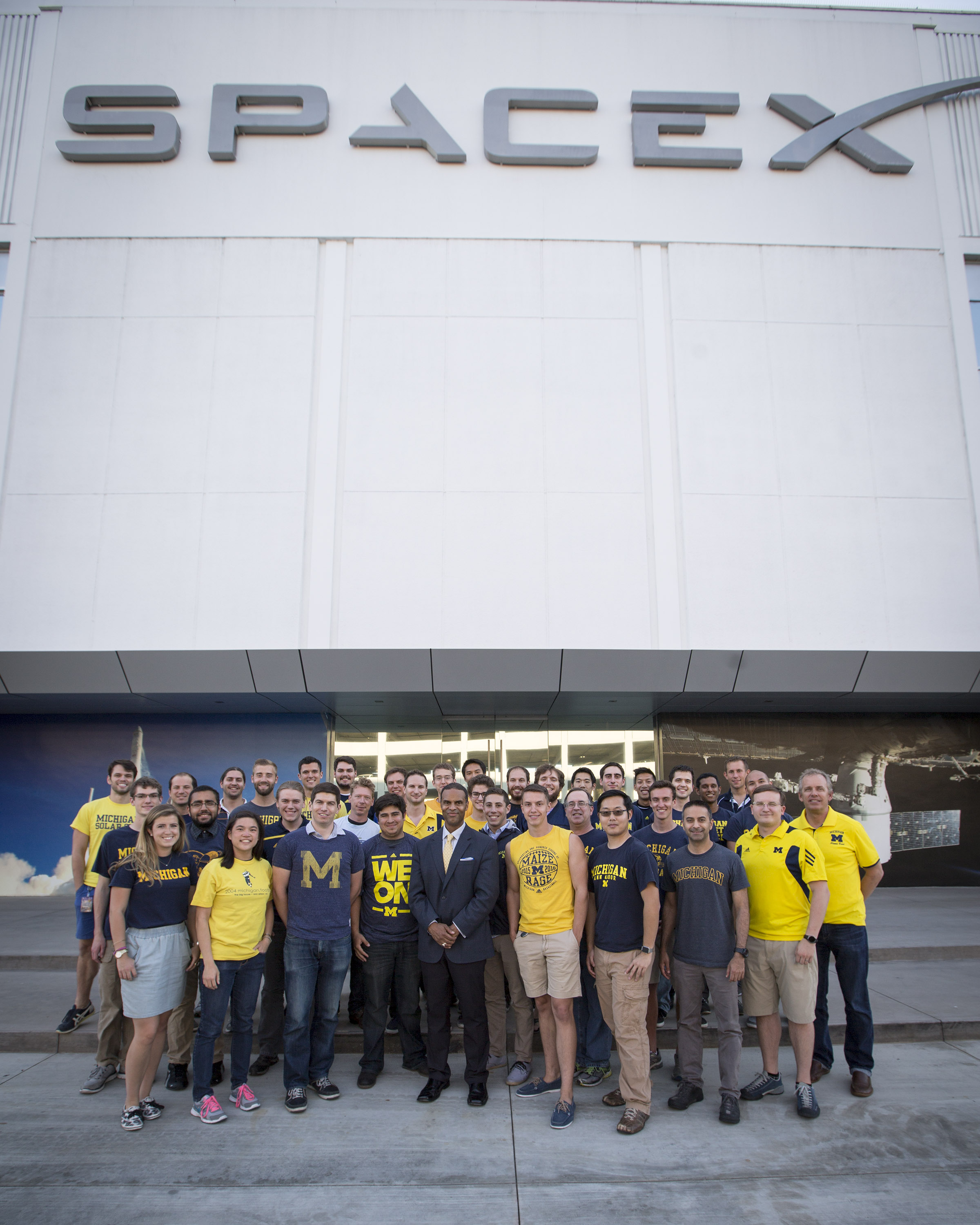 IMAGE:  Dean of Engineering Alec Gallimore and Michigan Aerospace alumni at SpaceX in 2016.