According to their website, the NSF-GRFP helps ensure the vitality of the human resource base of science and engineering in the United States and reinforces its diversity. The program recognizes and supports outstanding graduate students in NSF-supported science, technology, engineering, and mathematics disciplines who are pursuing research-based master’s and doctoral degrees at accredited United States institutions. 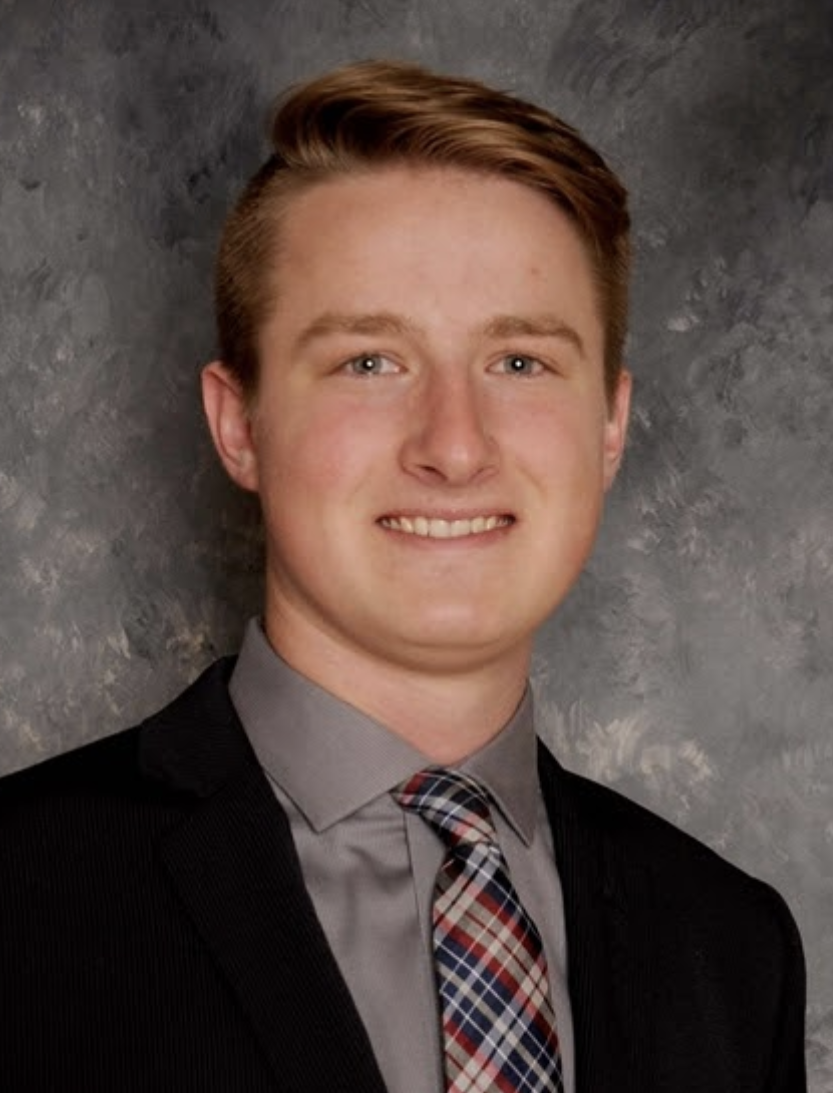 A first year PhD student, Aaron completed his undergraduate studies in nuclear engineering at the University of Wisconsin–Madison (UW). He works with Professor Annalisa Manera and Dr. Victor Petrov in the Experimental and Computational Multiphase Flow Laboratory, where he performs purely computational thermal-hydraulics research. Currently, Aaron is working on data-driven integration of 3D CFD flow data into 1D thermal-hydraulic system codes that are used for nuclear reactor design and safety applications. He does this using machine learning algorithms to process the large amounts of data produced by CFD methods to inform Proper Orthogonal Decomposition (POD)-based reduced order models. The overarching goal of the project is to allow for 1D thermal-hydraulic system codes to include flow physics traditionally only captured by 3D CFD simulations.

This semester, Aaron is serving as a Graduate Student Instructor for Manera’s NERS 547: Computational Fluid Dynamics for Industrial Applications course. He holds office hours where he teaches students the theory behind the turbulence models used in CFD softwares, and he helps students run CFD simulations using STAR-CCM+.

On submitting his application, Aaron said, “I thought I maybe had a chance at getting it, but I didn’t really believe I would be chosen. After receiving the email notification from NSF that I was chosen to receive the fellowship, I remember checking their website at least five times to make sure I wasn’t sent the email by mistake. So, I’d say I was surprised to say the least. Looking forward, I’m excited to take advantage of the research-related freedom that comes with the NSF fellowship.”

Aaron grew up in a very rural area of Wisconsin near Green Bay. By the time he was in high school he knew he wanted to study engineering, but wasn’t sure which type. After finishing his first year at UW as a general engineering major, he worked in a small coal power plant in Green Bay. After leaving most of shifts covered head-to-toe in coal dust he recalls thinking to himself, “Are all forms of energy this dirty?” Aaron started researching the different forms of energy and that search ultimately led him to the clean, energy-efficient field of nuclear engineering. That next semester, nuclear engineering became his major.

During his time at UW, Aaron particularly enjoyed thermal-hydraulics courses such as thermodynamics, fluid dynamics, and heat transfer. He also served as an undergraduate researcher in Dr. Adrien Couet’s nuclear materials research lab. He found research so enjoyable that he decided after graduation he would pursue both research and thermal hydraulics by obtaining a PhD in our department under the supervision of Manera.

Aaron points out that, “A unique benefit of joining NERS was the ability to join the joint PhD program in Scientific Computing. Through the program, I have taken additional CFD courses within the Department of Aerospace Engineering while obtaining a supplementary PhD to show for the extra coursework.”

After completing his graduate studies, Aaron plans to obtain a postdoctoral position at a national research laboratory. He ultimately plans to become a professor at a research institution where he would like to establish a research laboratory investigating ways to improve our understanding and modeling of thermal-hydraulic phenomena seen and expected in current and next-generation nuclear reactors.

During the summer, Aaron likes to spend his free time golfing, whether it’s frisbee golfing, mini golfing, or “big” golfing. He also plays in a softball league in Ann Arbor, where he says, “I get to relive my glory days of little league baseball.” During the winter, he spends his free time inside watching Twitch streams or playing video games.

On his success with the NSF fellowship application, Aaron said, “I owe a lot to my girlfriend, Genesis. While I was working on my application, she was always happy to help me, whether it was brainstorming ideas, revising my statements, or just going with me to a cafe.” 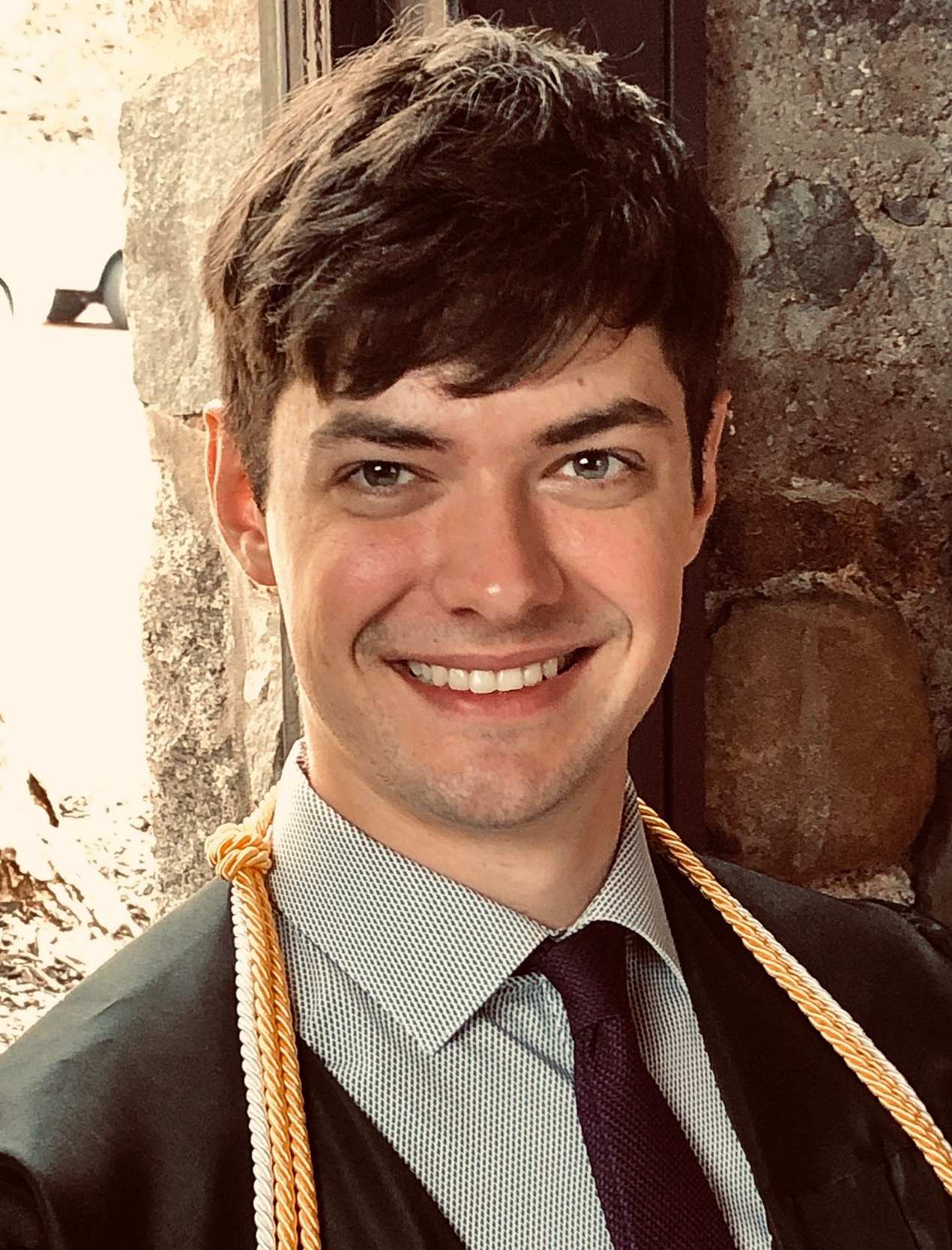 Nathan completed his undergraduate studies in nuclear engineering here at NERS and is currently a first year PhD student within the department. He works in the Detection for Nuclear Nonproliferation Group under Professor Sara Pozzi on developing and characterizing advanced materials for radiation imaging and explosion monitoring applications.

On receiving this award, Nathan said, “It is an honor to be selected by the National Science Foundation for this prestigious fellowship. It’s incredibly gratifying to receive recognition for what I’ve done so far, and I’m looking forward to growing as a researcher under this award.”

Nathan is Vice President of the local student chapters for the Institute for Nuclear Materials Management (INMM) and the Institute of Electrical and Electronics Engineers Nuclear and Plasma Sciences Society (IEEE-NPSS). Within this role, he organizes and facilitates invited speaker events and official chapter meetings.

Nathan grew up in a U-M household in metro Detroit, so Michigan was a natural choice for this aspiring engineer. In his free time he enjoys cooking, snowboarding, basketball, and all things Michigan and Detroit sports.

After finishing his graduate studies, Nathan plans to pursue a career in radiation detection research, either at a national laboratory or in academia.

Nathan said, “I would like to thank my peers and mentors for helping me get this far. The NERS department’s culture of collaboration and selflessness is something special.” 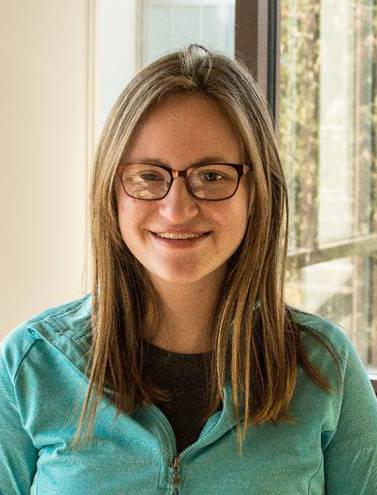 Roxanne completed her undergraduate studies in nuclear engineering and radiological sciences right here at NERS and decided to continue here with her graduate studies. As a first year graduate student, she has not quite found the specifics of her graduate studies, and is currently involved in a few projects of wide variety. She does research with Professor John Foster in the Plasma Sciences and Technology Laboratory, which works on plasma technology for environmental applications (e.g. using plasma to treat water) and plasma space propulsion. Her current projects include participating in ion optics design for a high thrust ion engine (in collaboration with NASA), studying plasma self-organization patterns in a direct current (DC) plasma discharge in a krypton environment, and preliminary work on utilizing plasma for plastic recycling in collaboration with Idaho National Laboratory (INL). With this NSF funding, she will focus her graduate research on the plastic recycling project and continue collaborating with INL to develop a method of efficiently and effectively breaking polymer chains to be recycled.

On receiving this fellowship, Roxanne said, “I feel extremely honored to be selected for the fellowship! I am excited to have the opportunity to work on my proposed research topic for the fellowship, which is on using plasma to effectively recycle plastic. I think this project has a lot of potential and potentially a high impact to the world, given our current global trajectory of plastic use.”

Roxanne is a member of the American Nuclear Society (ANS) and has also been involved in teaching at NERS. As an undergraduate she was a grader for NERS 211 with Professor David Wehe, and was also an undergraduate assistant for NERS 311 and NERS 250, both also for Wehe’s classes. She was a graduate student instructor (GSI) for NERS 211 with Professor Todd Allen and this past semester she helped conduct a few of the plasma-based NERS 425 lab sessions.

Growing up in Ann Arbor, U-M has always been a big part of Roxanne’s life. She ended up semi-randomly taking the introductory NERS course and quickly discovered how much she enjoyed the field. She began researching in her current laboratory as an undergraduate, and found it so interesting that she decided to stay for graduate school. She loves to travel and recently got a puppy that she named Bear.

As for her future, Roxanne’s plans are not completely solidified, but as of right now her plan is to work at a national laboratory and then possibly transition into academia.

Roxanne said, “I would like to thank everyone in the NERS department for helping me get to where I am today! I cannot express how much this community means to me, and how it makes me happy and excited to come to school every day!”