by Tom Cummins
April 27, 2020
In this Q&A, IOE alum and advisory board member, Mike O'Connell, talks about the value of unexpected experiences and a close cohort.| Medium Read

Mike O’Connell is the founder and president of The Woodmar Group, a California based winery that sells wine into 25 countries. His previous jobs include roles in the Bank of America private equity group and the strategy consulting group at Deloitte Consulting in Chicago.

He is a current member of the IOE Advisory Board, holds a Bachelor of Science in Engineering, Industrial and Operations Engineering, and a master’s degree in Business Administration from the University of Michigan.

Why did you choose Industrial and Operations Engineering as your major?

The reason why I chose IOE is the tie between business and engineering. In the long-term, I wanted to get an MBA. Because a lot of the IOE class offerings had a business slant I thought that it would be a great path for me to get there. And it was.

So along those same lines, how has your IOE degree contributed to your professional success and how do you apply it in your current role?

We outsource the majority of our business operations and my IOE degree allows me to quickly understand what our business partners are good at and how they can contribute to our goals. It’s allowed me to work closely with them, to move both their business and our business forward.

Is there a particular achievement that you’re most proud of and why?

A few years back, I did a five-day Navy SEAL training session for civilians that was run by retired SEALs and modeled after their Hell Week.

Going through that in my 40s gave me a much better and renewed perspective on a handful of things in life.

There was a real focus on mental toughness, teamwork, and focusing on the task immediately in front of you. Those are all skills that allow the SEALs to succeed on the battlefield. Bringing some of those to my life, whether it was at work or with my friendships, with parenting or in my marriage, was a great process to go through. 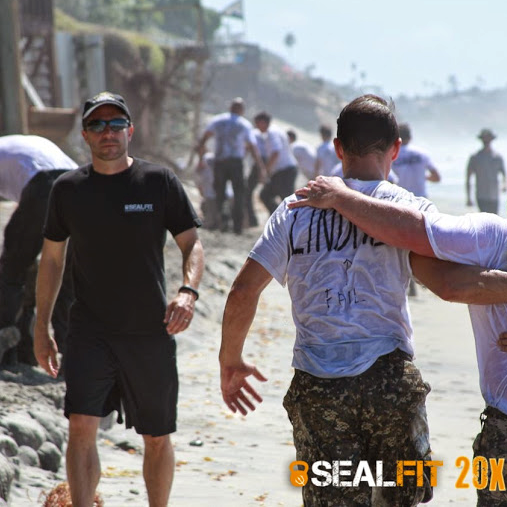 "A few years back, I did a five-day Navy SEAL training session for civilians that was run by retired SEALs and modeled after their Hell Week. Going through that in my 40s gave me a much better and renewed perspective on a handful of things in life."

That sounds like quite an experience. Was there a particular area of your life where you felt the benefits of that experience more than others?

On day two I called my wife to let her know that I (was still alive!) could be a better parent and husband and be more on their team. As an entrepreneur, there were a lot of times in the years leading up to that where I would focus on my business and I was distracted from some other areas.

She gave that a thumbs up.

We sometimes go down paths and then one day wake up, a month or six months later and realize how much energy we’re putting into certain areas and not others. Going through the experience with the Navy SEALs helped me become more aware of that and see some things differently. Perhaps some people are experiencing this as the country deals with COVID-19. That’s the purpose of the program.

What motivated you to do that initially, I mean did you feel as if you had that need to recalibrate but just couldn’t identify what needed to change?

I got to know some Navy SEALs and through my conversations with them it eventually took me down that path.

Was what you got out of the experience, what you expected to get?

I didn’t know exactly what I expected to get out of it and that was the great part. I knew there was something very unique about their process, who they are, what they go through and I thought it was worth going through but I didn’t have any set ideas of what I would take away from it. That was the best part about it.

Are you still involved in that program in some way?

Not as much today although I was a certified instructor for a number of years afterward. Now I spend time going to Ann Arbor a couple of times a year as part of the IOE Advisory Board.

Well, we are happy to have you!

What advice would you give to current IOE students?

Spend as much time with your classmates as possible. I’ve had some terrific jobs and met fantastic people, whether it was my job in investment banking, consulting or going back to U-M for my MBA but at the end of the day, the best people that I will ever know in my life is the IOE crew that I met when I was 19 years old.

Wow, that’s great. That strength of community seems to be a reoccurring theme I’ve found as I’ve interviewed different members of the IOE community and learned more about the department.

Would you say that the community atmosphere was something that factored into your decision to major in IOE or to stay in IOE rather than be tempted to go elsewhere? Were you tempted to do a different major at any point?

No, I wasn’t but I think it was a group of people who I had a lot in common with and who made me a better person. I think that at the “mature” age of 19, anybody surrounding themselves with people who make them better is probably a good idea.

Or any age right? Up to the age of 14, you are influenced heavily by your parents. From14 to about 22 you start getting influenced by your friends and the culture around you. So to be in that position where, in those formative years, I was influenced by people who weren’t my parents and it was that group, was pretty awesome.

I don’t know if it is unique to Michigan, Michigan engineering or the IOE program. Like I said, I have met a lot of terrific people in my life and I have been super fortunate but when you look at that group as a whole, they stand out.

Did that experience play a role in your decision to participate in the advisory board?

Yes. It is a great way to give back to the University. I wanted to reconnect with Michigan on a regular basis. I knew reconnecting with the University of Michigan was the right thing.

On the board, there are terrific people with great ideas and it’s fun figuring out what and how we can give back to Michigan and the IOE program.

What is one of the most rewarding things about being an engaged alum?

Interacting with students and being a part of the Michigan family. U-M is such a great place that limiting your Michigan experience to end when you’re 22 probably leads to missing out on some great experiences in life, including some pretty great people and connections. Go Blue!