by Hayley Hanway
EECS: Electrical and Computer Engineering
April 6, 2020
Karl (BSE MSE PhD EE) talks about how his time at Michigan helped prepare him for his dream job at Intel and a career advancing embedded memory technology and circuits.| Medium Read
Enlarge 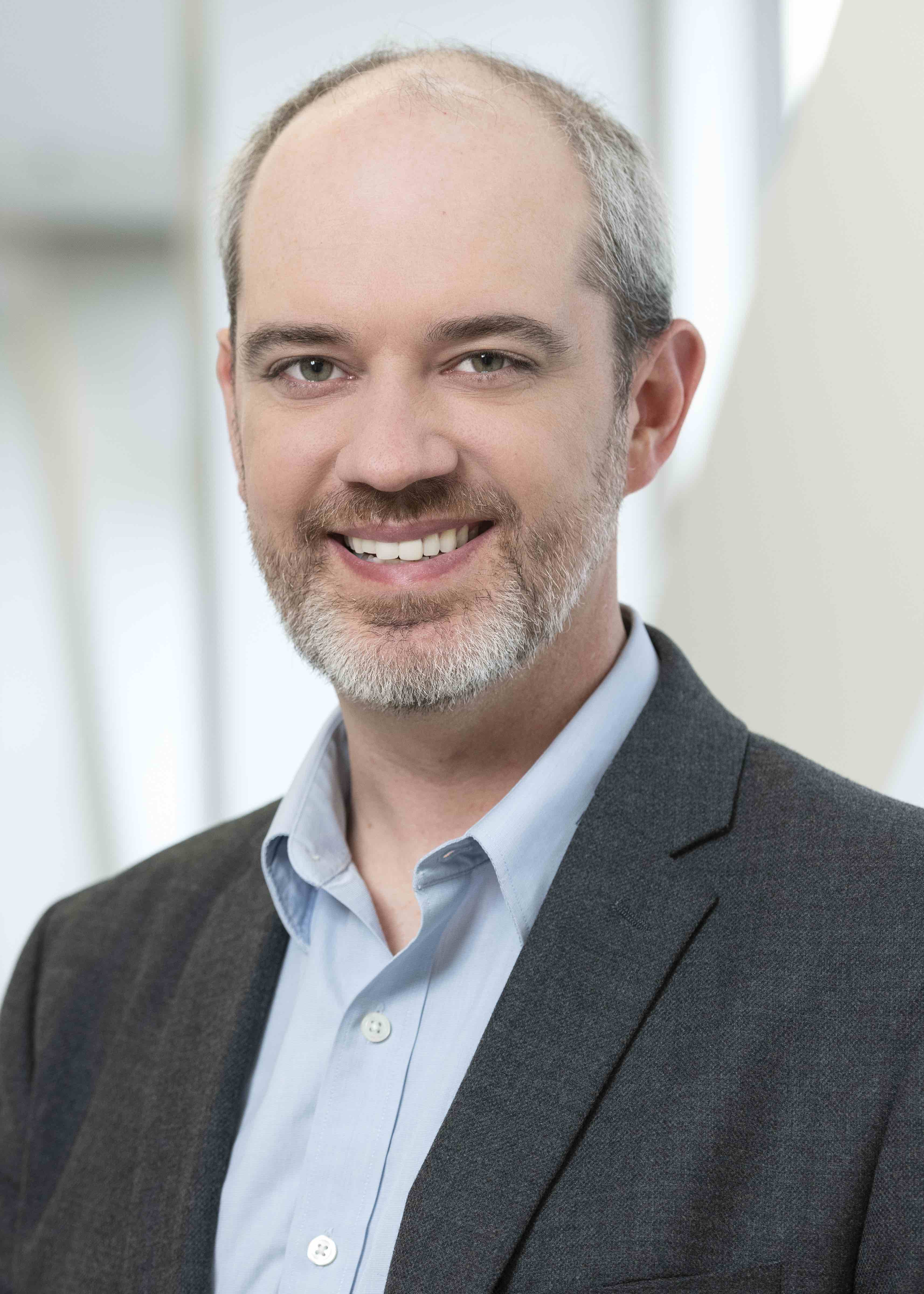 Dr. Eric Karl always knew Intel was the place for him.

“I saw them as one of the great innovators in electronics, and I wanted to be a part of pushing technology to the next level,” he says.

Karl – who earned his BSE (2002), MSE (2004), and PhD (2008) in Electrical Engineering from U-M – now serves as both an Intel Fellow driving embedded memory technology and as the Director of Advanced Design, a diverse organization responsible for early development of foundational circuits on Intel technology.

“We do design and technology co-optimization across all of the components that go into modern processors and modern integrated circuits within the manufacturing organization at Intel,” Karl says. “We look at digital logic libraries, embedded memories, high-speed IO circuitry, and analog circuits – really, the whole gamut of technology sensitive circuits.”

It’s rare for an Intel Fellow – one of the highest levels of technical acknowledgement within the company – to also manage a large organization like Advanced Design, but Karl embraced the challenge.

“My favorite part of the job is when we bring a great new technology that we’ve worked on to market,” Karl says. “You feel that you’re making an impact to a broader group of people.”

My favorite part of the job is when we bring a great new technology that we've worked on to market. You feel that you're making an impact to a broader group of people.Dr. Eric Karl
Tweet

While Karl didn’t plan on going into management, he’s always been attracted to a challenge. He originally planned to pursue programming, but while at Michigan, he took an electronic circuits class and found it very difficult.

“I didn’t do very well at first, and it made me think, wow, there’s a lot of depth to this,” Karl says. “I got hooked on circuits at that point, and that’s how I ended up where I am now.”

Karl grew up in Troy, Michigan, which made U-M a natural choice for college, he says. For Karl, earning all three degrees from Michigan allowed him to make the most out of his educational experience and avoid retaking foundational core courses.

“I got to take a broader set of classes and tons of cool electives that people never touch,” Karl says. “I took every computer architecture class that Michigan had at the time. That breadth really, really helps me in my job today, because, for the position I have, you have to understand a lot of different things.”

“Eric, as a PhD student, was really detail-oriented,” Sylvester says. “I think the advanced development team at Intel was a perfect fit for him, because it requires that carefulness and thoroughness that a product group needs, but also taps into the creativity that Eric clearly has.”

Karl’s thesis focused on the breakdown and degradation of mechanisms in integrated circuits and system-level mitigation techniques.

“Dennis and David are outstanding at telling the story of their research,” Karl says. “I learned a lot from them on how to present data in a way that people can understand clearly, explaining the trade-offs and findings.”

Karl has been a lifelong fan of Michigan football, and has fond memories of game day. He also loved Zingerman’s and Shalimar on Main Street.

“My favorite thing when I think back on the days was all the project classes,” Karl says. “If I remember one thing from my time at Michigan, it was the great groups of people that I worked with, the long hours in the lab and trying to put together interesting projects in those courses. That helped me so much. It just taught me how to really get things done.”