February 20, 2020
"It is a great time for Jupiter system exploration..."| Short Read
Enlarge 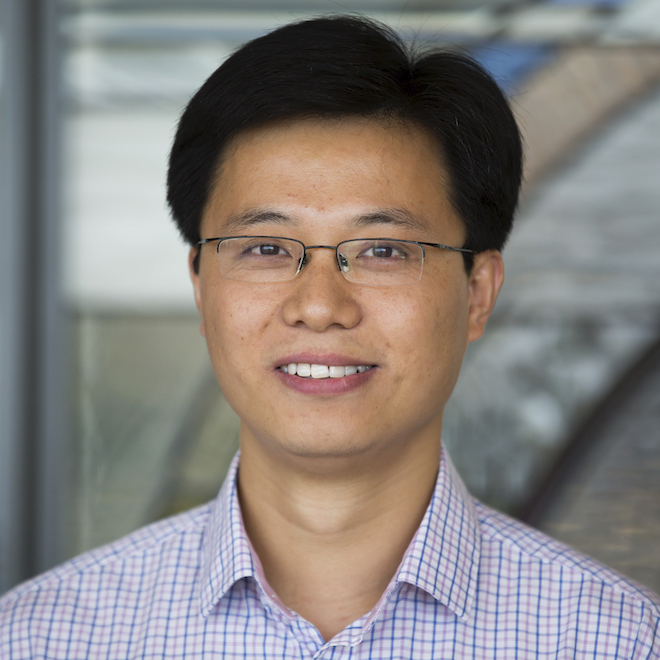 Last week, NASA announced that Io Volcano Observer (IVO) is one of four new Discovery Program proposals selected for a Step One concept study for a potential new mission. The IVO proposal was chosen from a pool of about two-dozen submissions. Climate & Space Assoc. Professor Xianzhe Jia is Co-Investigator for the mission, and will be leading the plasma modeling effort for the magnetic induction experiment on the project.

The IVO spacecraft will study the tidal heating processes of Jupiter’s moon, Io, through a series of close flybys with the Jovian satellite. Io is the most volcanically active body in our Solar System, but the specific characteristics of the moon’s interior are the subject of much speculation. For example, researchers hope to learn more about the nature and cause of its internal heating mechanism, and the possibility of a global layer of liquid magma just under its surface. Prof. Jia is a main contributor to a paper published in Science that presents initial evidence of a global magma ocean at Io based on the magnetic field measurements from NASA’s Galileo spacecraft. Yet much remains unknown about Io’s interior and tidal heating as a fundamental planetary process.

The primary science objective of the IVO mission is to gain a better understanding of the thermal processes within Io, as they have implications for the thermal environments of many other planetary bodies, such as Jupiter’s moons Europa and Ganymede as well as the early evolution of the Earth and our own Moon. The IVO spacecraft will carry a substantial science payload of instruments to measure the magnetic field around Io, map out its gravity field and obtain global maps of Io’s volcanic and tectonic features during its close flybys.

“The main theme of the IVO mission is to ‘Follow the Heat,’” says Professor Jia. “We would like to find out how heat is generated inside Io and transported to its surface, as well as how heat and mass are lost to space. With IVO’s science instruments, and the carefully designed geometry and timing of each Io close encounter, we will be able to determine Io’s interior structure by using a combination of geophysical measurements, including the magnetic field. Io Volcano Observer will also measure the plasma and neutral environment around Io. We will combine those measurements with sophisticated computer simulations to obtain improved determination of Io’s inductive response and to study how volcanic materials from Io are lost to space populating Jupiter’s magnetosphere.”

As part of the spacecraft science payload, IVO will fly a modified version of the Plasma Instrument for Magnetic Sounding (PIMS), a faraday cup instrument originally designed for the Europa Clipper. University of Michigan’s Space Physics Research Laboratory (SPRL) will participate in the design and fabrication of the IVO PIMS.

Professor Jia also plays a significant role in the upcoming Europa Clipper and JUICE (JUpiter ICy moons Explorer) missions. He is Deputy Team Leader for the Europa Clipper Magnetometer team and Co-Investigator on the PIMS instrument team. The two instruments are the primary contributor to the magnetic induction experiment on Clipper that will allow scientists to confirm the existence of Europa’s subsurface ocean, measure its depth and salinity and determine the thickness of the ice shell above. On the JUICE mission, Professor Jia is Co-Investigator on three particles and fields instrument suites designed to provide comprehensive measurements of the interior and space environment of Jupiter’s largest moon, Ganymede.

“At Climate & Space, we will be developing plasma interaction models for Io to support the magnetic induction experiment on IVO,” said Professor Jia, “as well as models for the upcoming Europa Clipper and JUICE missions. It is a great time for Jupiter system exploration, and I am thrilled to be part of all three missions.”

Explore:Climate and Space Sciences and Engineering