February 14, 2020
The proposal was one of just four selected from a pool of over two dozen submissions. | Short Read
Enlarge 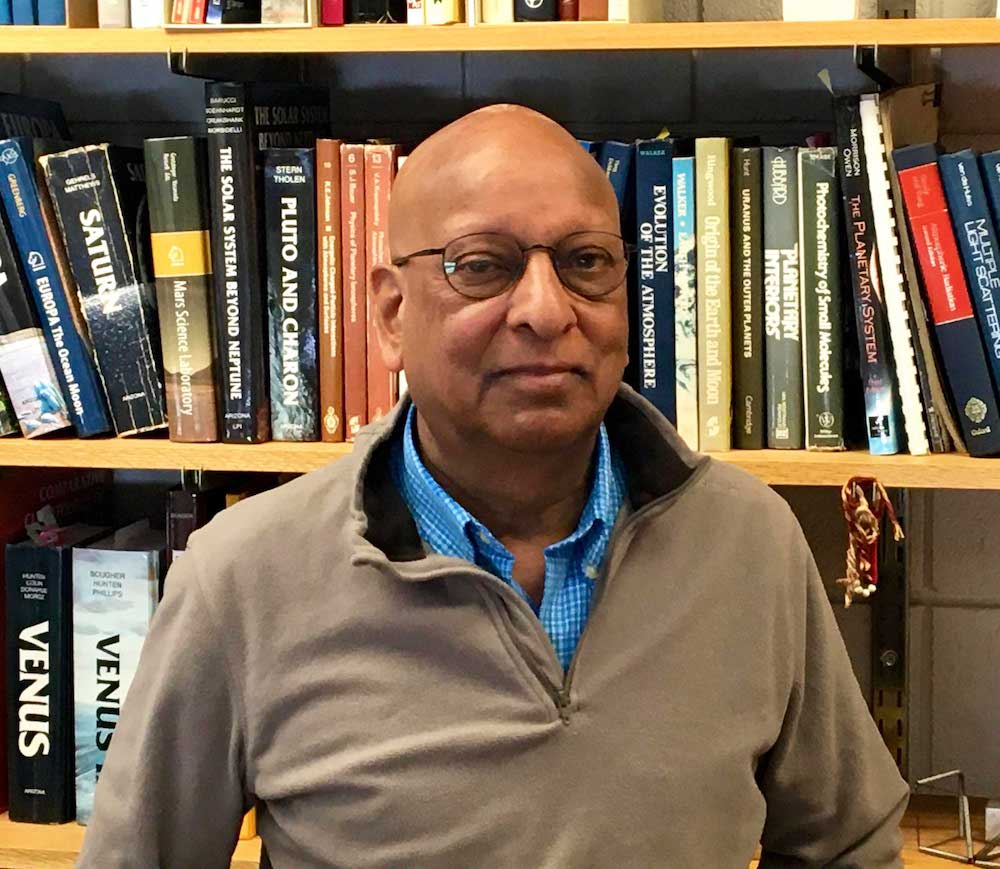 NASA announced yesterday that DAVINCI+ (Deep Atmosphere Venus Investigation of Noble gases, Chemistry, and Imaging Plus) is one of four new Discovery Program proposals selected for a Step One concept study for a potential new mission. The DAVINCI+ proposal was chosen from a pool of about two-dozen submissions. Climate & Space Sciences Professor Sushil Atreya will be leading the origin and evolution of Venus atmosphere effort on the project.

DAVINCI+ will study Venus both in situ, using instruments contained within a specially built descent probe, as well as from an orbiter designed to map surface rock-type from high above the planet. The probe will take measurements as it descends from above the sulfuric acid clouds in Venus’ upper atmosphere down to the planet’s surface, where it will use onboard cameras to image the planet’s different terrains. The last U.S.-led atmospheric mission to Venus was in 1978.

“Venus represents the missing piece of the puzzle of the formation and climate evolution of the terrestrial planets,” said Professor Atreya. “It is generally believed that early in the history of the formation of solar system, Venus, Earth, and Mars were ‘goldilocks’ planets, with surface liquid water, and all the right environmental conditions and necessary ingredients for life to originate. But over time, the climate of Venus went wild, Mars became cold and arid, and only Earth is presently habitable and inhabited.” Researchers have long wondered how and when all of this occurred, and the results from DAVINCI+ have the potential to reshape our understanding of terrestrial planet formation and climate evolution in our solar system and beyond.

“The key to the mystery lies in precise measurements of the noble gases and their isotopic ratios and the isotopic ratios in water vapor and other gases, DAVINCI+ will make during the probe’s descent through Venus’ atmosphere”, said Professor Atreya. Over the next year, researchers will further develop the DAVINCI+ mission concept. At the end of the Step One study, NASA will select up to two of the Discovery proposals for the next phase of mission development and launch in the mid-2020s.