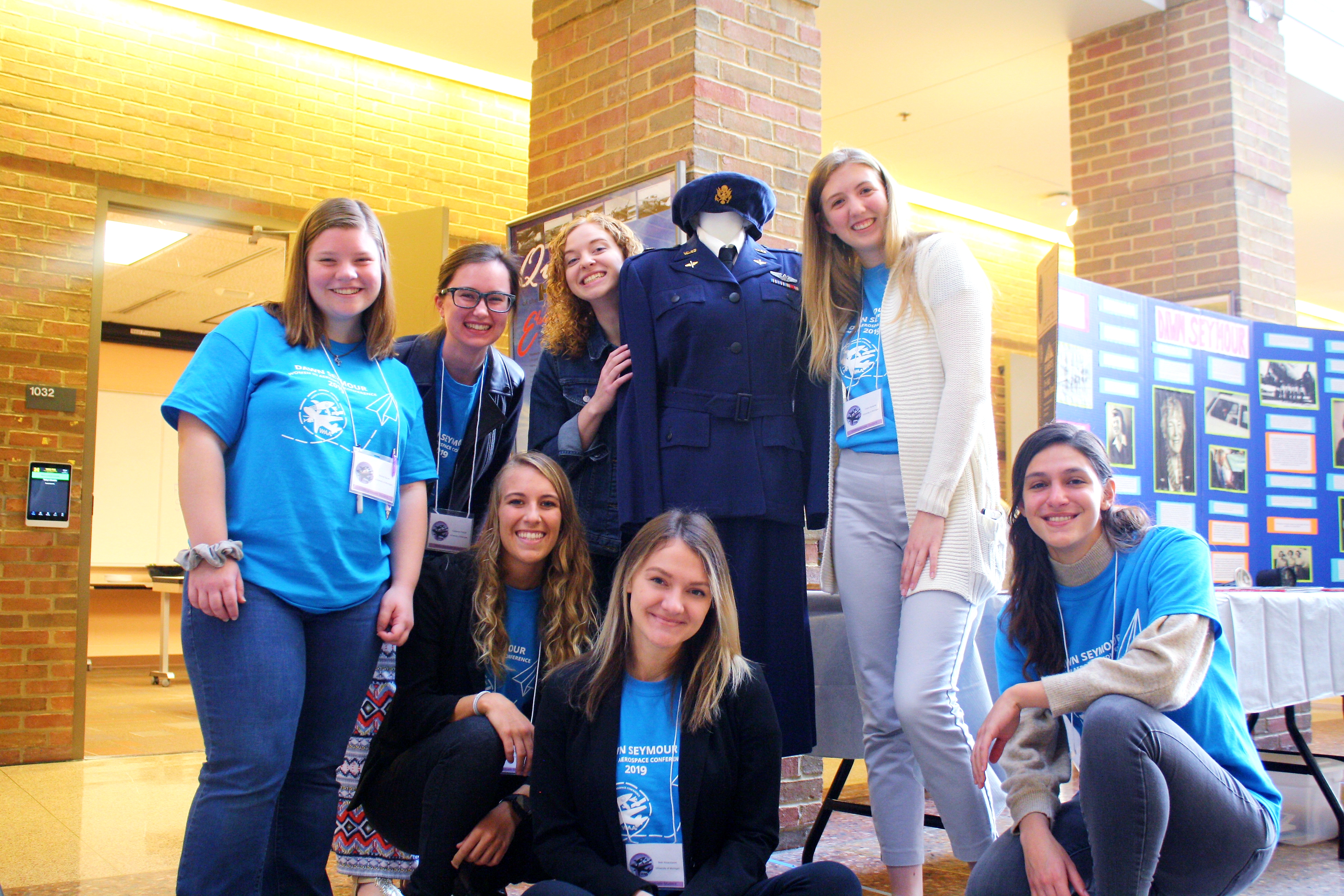 Michigan Aerospace congratulates Kaelan Oldani, who received the prestigious Hugh G. Rummler Prize from the College of Engineering. The Rummler prize is given annually to a senior who demonstrates “sincerity, integrity, and goodwill.”

“It truly is an honor to be chosen for this award and especially since my nomination comes from one of my own aerospace professors,” Said Oldani, who was nominated by Aerospace Professor Anouck Girard. Her passion for outreach, mentorship, and exploration has driven her to pursue leadership and service opportunities in many student organizations including the Sigma Gamma Tau Honor Society, Women in Science and Engineering, and Women in Aeronautics and Astronautics.

Ms. Oldani’s primary area of impact within the College of Engineering has been as a member and President of Women in Aeronautics and Astronautics. She served as the Mentorship Chair in 2018, then was elected President for 2019 during which time she led the Michigan chapter in expanding their outreach and membership and helped establish Women in Aeronautics and Astronautics as a national organization. She organized the first annual Women in Aerospace Conference, which was held in October 2019 at Michigan, and created the Breakfast & Breaking Barriers series to facilitate conversations between aerospace students and mentors from industry. In recognition of their achievements this year WAA received the MLK Spirit Award and the 2020 Aerospace Outreach Student Champion Award.

Oldani was also a member of the Michigan Advanced In-Space propulsion Engineering (MAISE) team at Michigan’s Plasmadynamics & Electric Propulsion Laboratory (PEPL). She refurbished the PEPL-70 Hall Effect thruster and built a mobile vacuum chamber and control system, meant for STEM outreach. Her all-female team published a paper on their work and presented at the 54th AIAA/SAE/ASEE Joint Propulsion Conference.

The MAISE team presented the vacuum system at the 2001: A Space Odyssey screening on Central Campus as part of the Aerospace Department’s outreach effort during that event.

Outside of Engineering, Oldani has been a member of the Michigan Triathlon Team since 2016. She served as fundraising chair in the 2018-19 year and raised money to send the team to the USA Triathlon Collegiate Nationals competition.

As she pursues a masters degree at Michigan, Oldani has continued her passion for helping her peers as a GSI in Aero 285 and 205. As an aerospace engineer, her passion is for space exploration and she hopes to become an astronaut. “Being able to travel to space and gaze at the Earth with a new perspective is one of my ultimate goals,” She says. “While I am working towards my own dreams, I also hope to inspire and support others to follow theirs.”