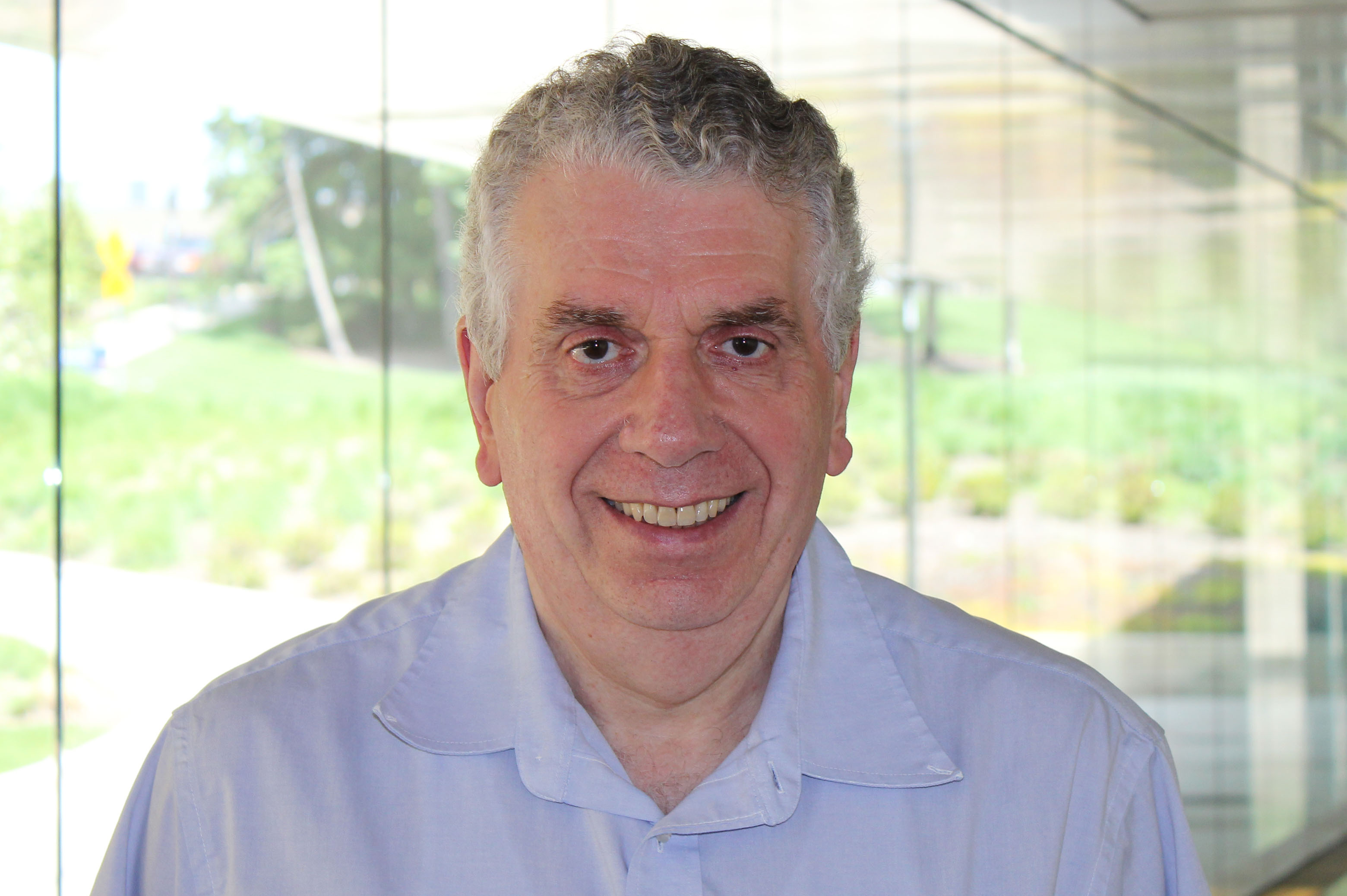 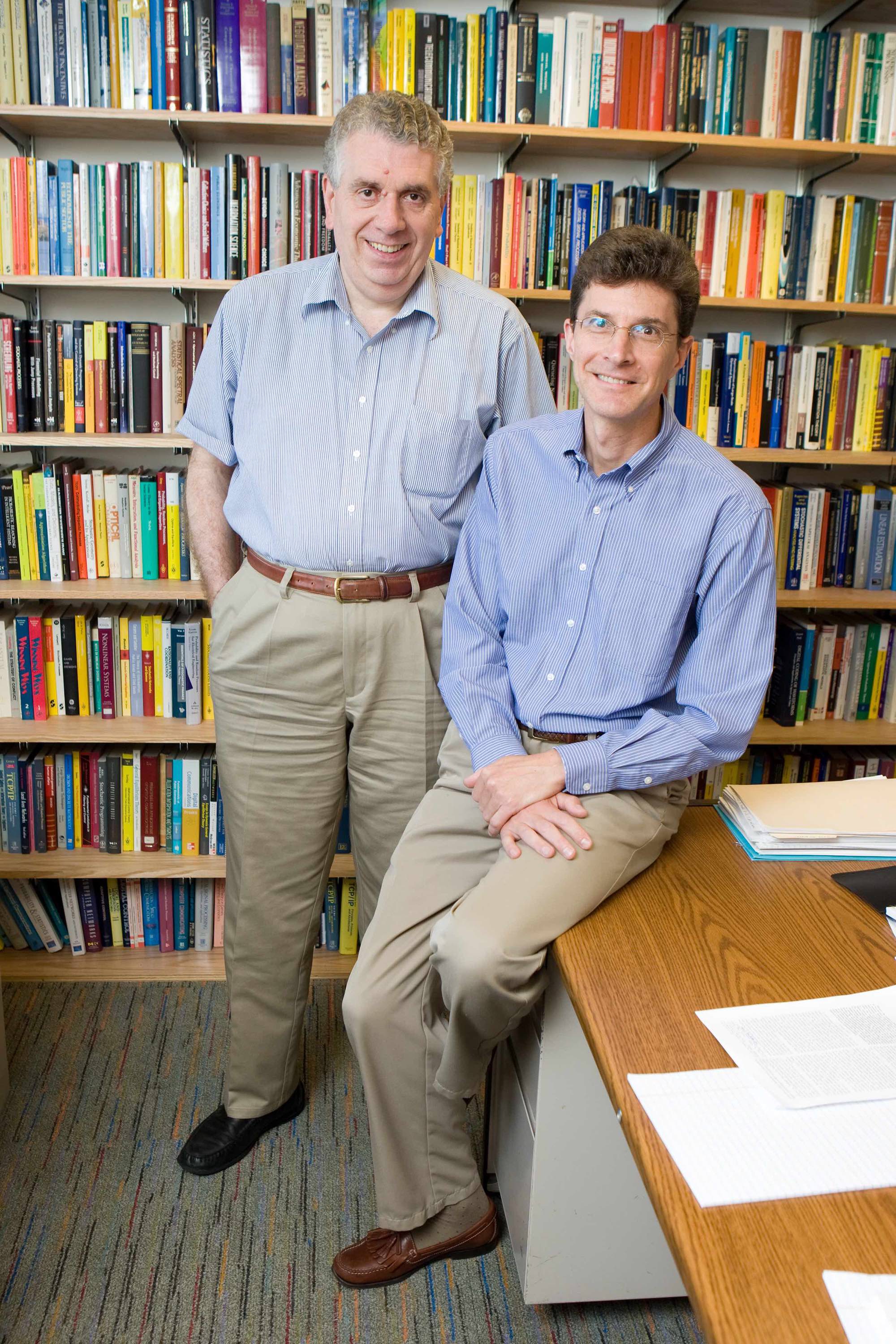 “He was superb researcher, and his academic standards were very high,” Lafortune says. “He exhibits unquestionable integrity, and he’s extremely devoted to his students. He’s been a great colleague and role model to have for all these years.”

Teneketzis is known for his perfectionist standards of research and warm, generous personality. He served as mentor to colleagues as well as students, and was always willing to offer advice and support on a variety of topics.

“I always looked at him as somebody to model after,” says Mingyan Liu, the Peter and Evelyn Fuss Chair of ECE who worked with Teneketzis for nearly two decades. “He embodies what good scholarship means, and he was always available when I had questions. He took a genuine interest in my work.”

Teneketzis is a Fellow of IEEE, and in 2015, he received the George S. Axelby Outstanding Paper Award from IEEE Control Systems Society for his paper, “Decentralized Stochastic Control with Partial History Sharing: A Common Information Approach.” The award recognizes the best paper published in the IEEE Transactions on Automatic Control (the top archival journal in Systems and Control) throughout the years 2013 and 2014. He also received U-M’s Inventor Recognition in 1999 for his contributions to the software tool UMDES-LIB, an outgrowth of collaborative research in fault diagnosis of discrete event systems which he helped establish as a distinct area of research. He’s published over 100 journal articles.

“Because of his industry experience, he knew how to look at a problem from a broad perspective,” Lafortune says. “He was working then at the interface between theory and practice, and I think that’s when he developed this ability to take a technological problem and lift it to find the mathematical problem that we can solve.” 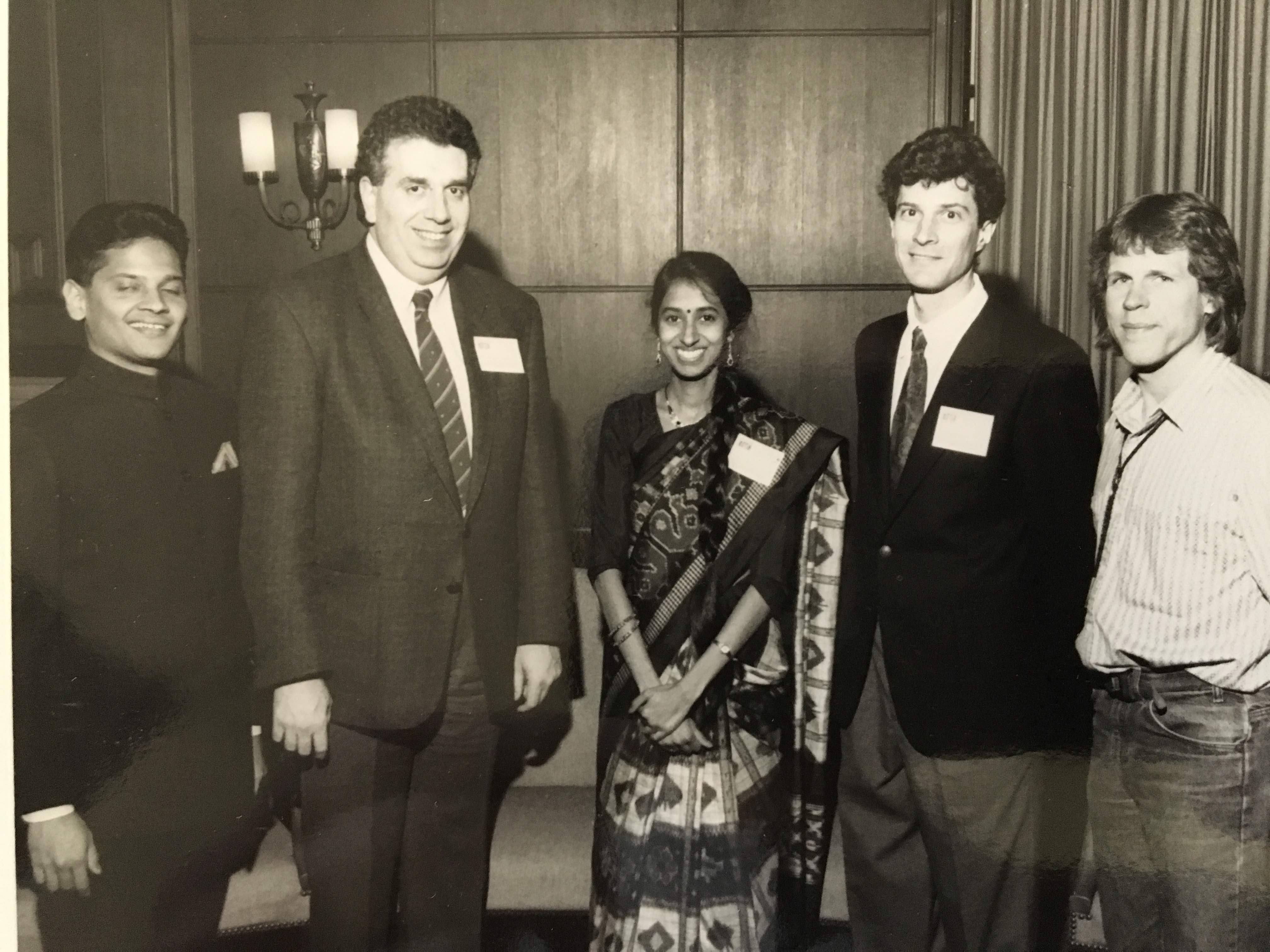 Meera Sampath, Associate Vice Chancellor for Research at the State University of New York, was co-advised by Teneketzis and Lafortune for her doctorate, which she completed in 1995. For Sampath, Teneketzis’ unbridled commitment to scholarship was especially inspiring.

“He’s an enormously deep intellectual and vastly knowledgeable, so working with him was an absolute privilege,” Sampath says. “He loves to take on the most challenging problems and he goes whole-heartedly, in-depth into the problems he takes on. What I admire most about him are his constant quest for knowledge and his absolute clarity of thought.”

The first collaboration between Teneketzis and Lafortune was when they served as co-advisors for Sampath. Her thesis was inspired by an important industry problem brought to them by a senior researcher, Dr. Sinnamohideen, from Johnson Controls.

“The project was about automatically diagnosing failures in industrial systems using discrete event models,” Sampath says. A critical and relevant problem across industries, fault diagnosis of event-driven dynamic systems is now a well-established area of research that has been heavily influenced by the early results from this collaboration.”

While colleagues and friends of Teneketzis describe him as someone who never sought recognition or the limelight (he even declined to be interview for this piece), he always insisted on quality of research over quantity, and he refused to push out any paper that was anything less than excellent.

“Demos thinks very deeply about (sometimes highly abstract) problems and is incredibly thorough in his technical treatment of these problems and their presentation in papers,” Liu says. “As a result, whenever I read his paper, I always feel that ‘I’m in good hands.’” 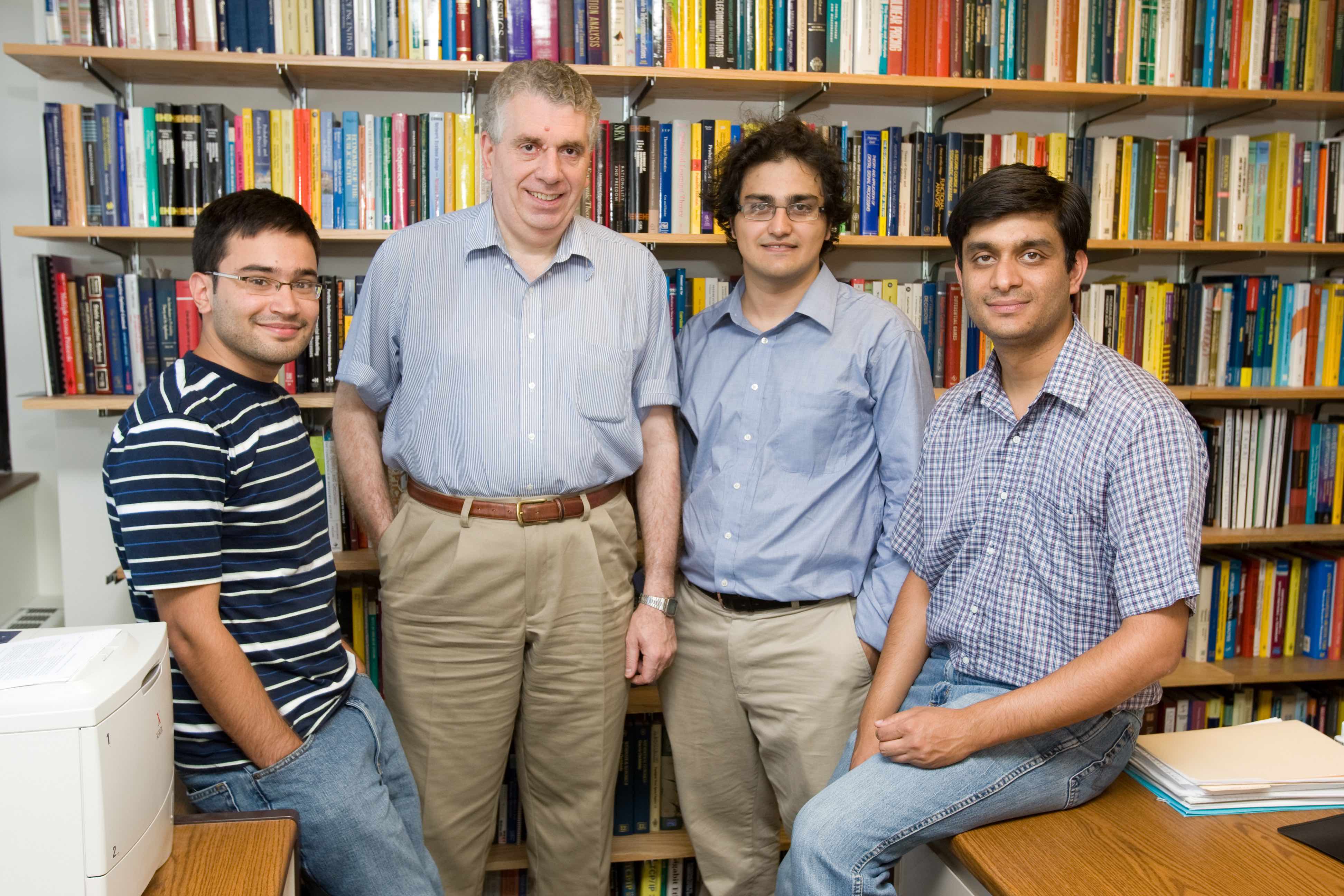 “It’s amazing for me to look at his old stochastic control papers from the mid-eighties on what is today known as reinforcement learning,” says Tara Javidi, a Professor of ECE at the University of California, San Diego, and former PhD student of Prof. Demos Teneketzis. “They’re just so beautifully written and touch upon so many interesting and important problems related to reinforcement learning and control and robotics today. I take such pride teaching them in my graduate course on the topic.”

Javidi’s doctoral thesis for Teneketzis examined issues related to scheduling in stochastic control. Stochastic control deals with modeling or predicting dynamic systems whose dynamics that are inherently uncertain. Today, she continues to research stochastic analysis, design, and control of information collection and processing in modern learning and AI systems.

“Demos has done fundamental, deep work decades earlier than many people realize,” says Javidi. “I can’t think of any better advisor I could have chosen, and he was just really fun to work with.”

Demos has done fundamental, deep work decades earlier than many people realize. I can’t think of any better advisor I could have chosen, and he was just really fun to work with.Prof. Tara Javidi
Tweet

In addition to his excellence as a researcher, Teneketzis was celebrated for his devotion to teaching and his compassion for the students. He received three Outstanding Achievement Awards for teaching and service awarded by EECS; a Professor of Year Award elected by the EECS student body and awarded by Tau Beta Pi; an Education Excellence Award awarded by the College of Engineering; and in 2007, he was honored with the University of Michigan’s Distinguished Graduate Mentor Award.

“Demos would meet with each PhD student he was advising for at least two hours a week, if not more,” Lafortune remembers. “That’s very significant. There’s no other faculty that I know of who spends that much time meeting with their students.”

Teneketzis graduated 24 Ph.D. students, with many going on to pursue careers in academia, including Aditya Mahajan, currently a professor at McGill University, Montreal, Canada.

Mahajan helped organize a symposium in honor of Teneketzis’ 65th birthday, which attracted some of the most prominent speakers in the field. Above all, Mahajan says, the event was an opportunity for Teneketzis’ students to come together and thank him for his training, guidance, and mentorship.

“Demos was patient with my mistakes when I started, believed in me and my research even when I did not, and has always been available to listen and provide advice for professional
conundrums,” Mahajan says. 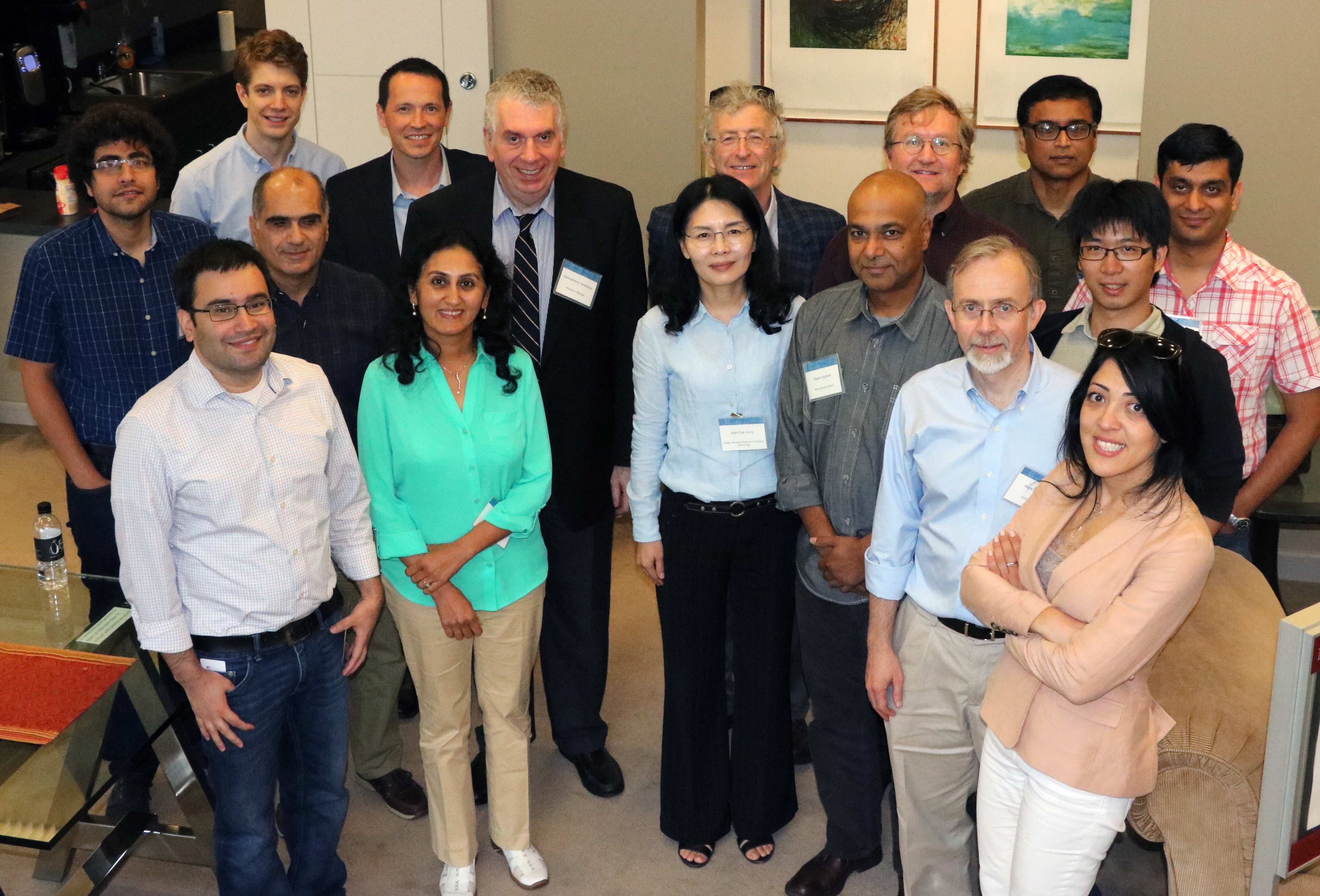 IMAGE:  Teneketzis stands with some of the organizers and attendees of "Information, Decisions and Networks: A workshop in the honor of Demos Teneketzis 65th Birthday." July 2016.

Javidi likewise found Teneketzis’ mentorship to be both inspiring and grounded.

“He was so encouraging,” Javidi says. “He never hindered your enthusiasm when you came up with something you thought was really cool, yet somehow he still helped you address the flaws in your thinking process.”

When Javidi became a professor, she once asked Teneketzis for advice on how to handle a difficult student. He told her that working with a student who’s struggling is far more rewarding, for they’re the ones that need their advisor’s guidance and counseling the most.

“I feel like that really summarizes his values,” Javidi says. “He was really concerned about how I could help the student improve.”

Teneketzis’s compassion for others extended beyond academic discussions. If he ran into a student during lunch or downtown, he’d always make a point of greeting them. He’d ask them about events in their lives, such as how an interview went or a fun activity they participated in, and always made a point to make them feel valued and included.

“I’ll never forget when my parents came to the lab,” Javidi says. “I remember Demos talking to my mom – who is Iranian, and he’s Greek –about Alexander, and the differing historical perspectives they each had been taught in school. He spent so many hours entertaining and engaging with my parents. He was so nice to them. He didn’t have to.”

Teneketzis also loved spoiling his friends’ children. Despite not living in the same neighborhood, it was a tradition that the Lafortune’s took their kids trick-or-treating at the Teneketzis’ house.

When Sampath’s son was about a year old, he was obsessed with the children’s show, “Barney the Dinosaur.”

“Mr. and Mrs. Teneketzis would send him Barney gifts for Christmas, and that was so lovable,” Sampath says.

During one visit to campus, the Sampaths and the Teneketzis went out to dinner. On the way, they passed a street musician. Mr. and Mrs. Teneketzis stopped and requested that he play the theme song to Barney.

“I still remember just how delighted my son was, and Demos too!” Sampath says. “All of that to me is very, very touching. I will always cherish my association with Demos; he is one of the most genuine and wonderful people I have ever met.”

IMAGE:  Colleagues and other members of the campus community surprised Teneketzis during the final session of the Teneketzis' last class, held on April 23, 2019. They thanked him for his service and offered him one final round of applause. Teneketzis officially on August 31, 2019.
Explore:Campus & CommunityEECS: Electrical and Computer EngineeringElectrical Engineering and Computer ScienceFacultyHistoryDynamics and ControlsProfiles