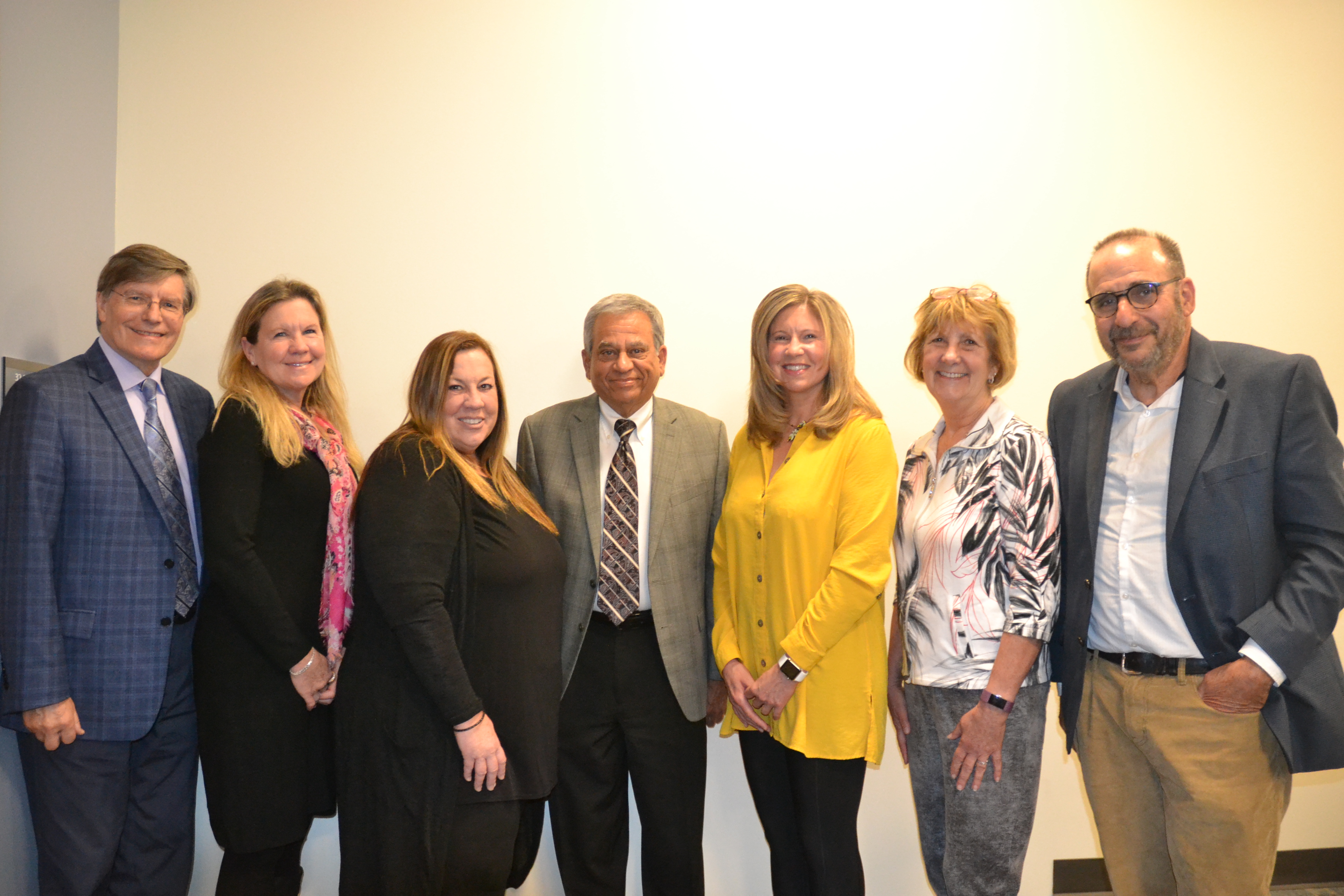 Built from Weber’s passion for water purification and sustainability, the lecture series brings the world’s leading experts in environmental engineering and science to U-M to share their research findings and their vision for the future. In 1996, Weber received the prestigious Athalie Richardson Irvine Clark Prize for Outstanding Accomplishments in Water Science and Technology from the National Water Research Institute, which he donated to the Chemical Engineering Department to set an endowment for this seminar series.

Now, the lecture series that was made possible through Weber’s generous contribution will serve as a celebration of Weber’s life and lasting legacy to the field of environmental engineering and on the University of Michigan.

Datye (ChE PhD, ‘84), the Distinguished Regents’ Professor and Chair of the University of New Mexico’s Chemical and Biological Engineering Department, took the stage after an introduction from his former doctoral advisor, Johannes Schwank, the James and Judith Street Professor of Chemical Engineering.

After receiving his doctoral degree, Datya joined UNM’s faculty. His research group has pioneered the development of electron microscopy tools for studying catalysts. His current work involves fundamental studies of catalyst sintering, especially the stabilization of isolated single atoms on supports for high temperature catalytic applications such as exhaust catalysis and alkane dehydrogenation.

His research has been recognized through numerous awards, including the Robert L. Burwell Lectureship of the North American Catalysis Society, the John Matthews Lectureship from the Microscopy Society of South Africa, and the 2008 Award for Excellence from the NSF IUCRC program. In 2016, the ACS’s Chemical & Engineering News included his single atom catalysis research as one of its top 10 stories for the year.

During his 46-year career at the University of Michigan, Weber made numerous significant contributions to the field of environmental engineering as a scientist, educator, and mentor. In 2008, he was chosen as one of the “One Hundred Engineers of the Modern Era” by the American Institute of Chemical Engineers in honor of his many career accomplishments. Weber became an emeritus professor in May 2009.

Weber’s prescient prediction of an approaching wave of global energy-water challenges—and the role of research in understanding the complicated interplay between the two finite resources—made him instrumental in strengthening the Chemical Engineering Department’s energy-water efforts.