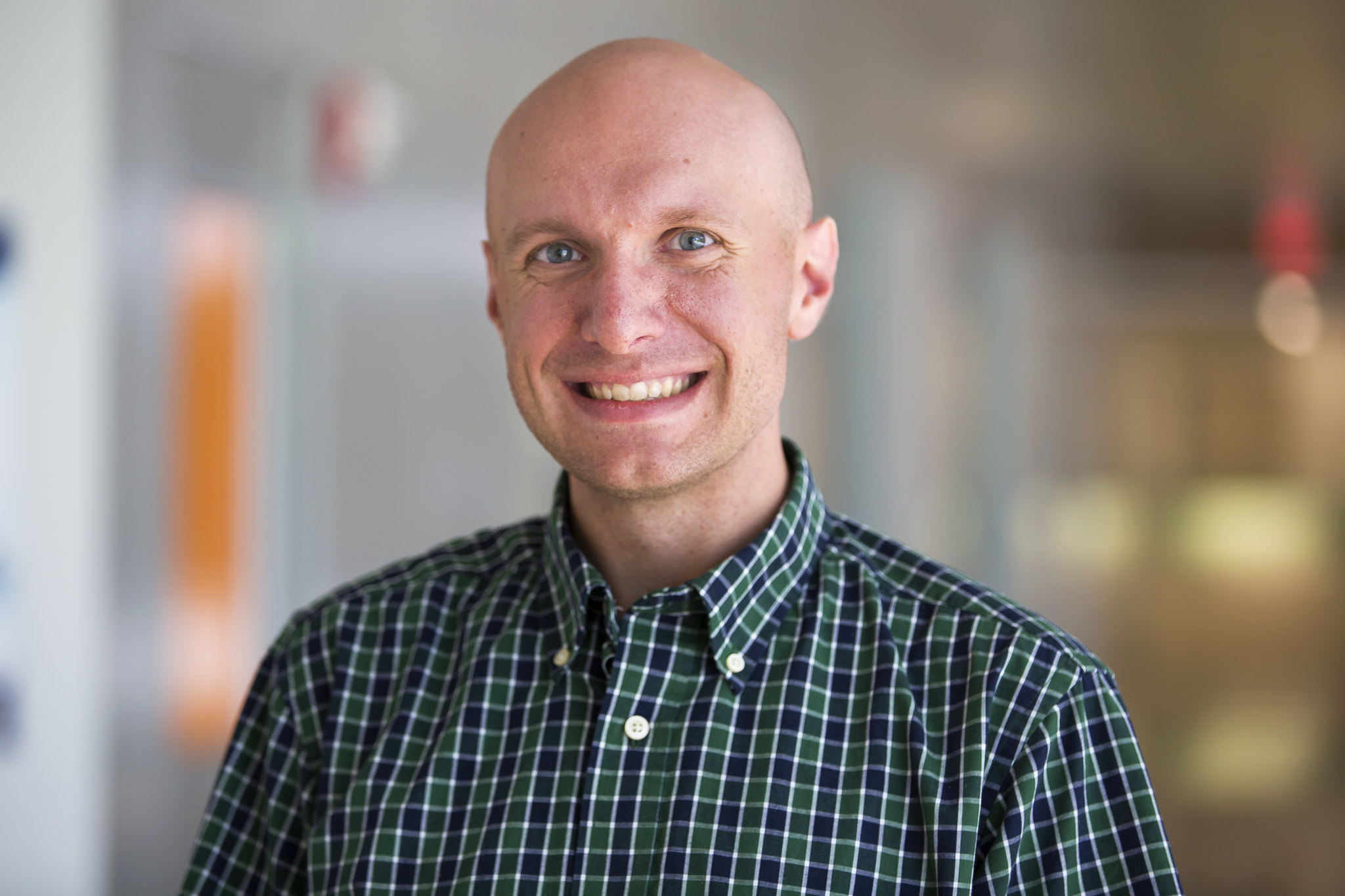 U-M Nuclear Engineering and Radiological Sciences (NERS) Assistant Professor Brian Kiedrowski has been awarded the Charles and Elizabeth Schrock Faculty Development Professorship. The newly established position was created through an endowment from the Schrocks to recruit or retain faculty in recognition or expectation of outstanding contributions to teaching and research. Kiedrowski was unanimously voted to the inaugural position by the department’s Full Professors.

Kiedrowski joined the NERS faculty as an assistant professor in 2014. Chair Todd Allen noted, “Brian has been an excellent contributor to the success of the department,” and that he has “a growing reputation in a technical area that is fundamental to nuclear engineering.”

Kiedrowski received his Ph.D. in nuclear engineering and engineering physics from the University of Wisconsin–Madison in 2009. His doctoral research developed a novel approach for performing Monte Carlo tallies for adjoint-weighted quantities, such as reactor kinetics parameters and sensitivity coefficients, which has since been implemented in major production Monte Carlo codes.

Before coming to NERS, Kiedrowski was a research and development scientist at Los Alamos National Laboratory (LANL) from 2010–2014. He worked in the Computational Physics Division where he was a developer of MCNP6 and created the Whisper nuclear criticality safety code. His research at NERS includes advancing the knowledge of nuclear data sensitivity for light water reactors; particle transport methods; and the simulation, analysis, and modeling thrust area dedicated to nuclear non-proliferation.

It is an honor to have been selected for this professorship and I thank Charles and Elizabeth Schrock for their generous contribution to NERS. I am grateful for all the support from my colleagues and our excellent students over the last five years.Professor Brian Kiedrowski
Tweet

Kiedrowski directs a research group that develops advanced computational methods for neutral particle transport. Members of the group were more than willing to comment on their admiration for their mentor:

“Brian has been an extremely impactful professor so far on my career path,” said Ph.D. student Kyle Beyer. “From teaching my introductory NERS course, providing me undergraduate research opportunities, helping me find national lab internships, to keeping me on as a Ph.D. student—it’s safe to say I would be doing something very different today if it weren’t for him. He is a pleasure to work with and learn from.”

Ph.D. student Evan Gonzalez says that “working with Professor Kiedrowski has assuredly been the best decision I’ve made as a student. He always expresses confidence in my abilities, pushes me to think harder, and encourages me to develop new skill sets (both within and outside of my discipline). He has helped me to create career connections at national laboratories and I am excited to work with him for the remainder of my degree.”

“Professor Kiedrowski has been an excellent mentor. I’m really fortunate to have him as my advisor because he’s so enthusiastic about research,” said Ph.D. student Aaron Tumulak. “He’s also one of the most accessible professors—his door is almost always open for discussion. I was very happy to find out that he is now the Charles and Elizabeth Schrock Faculty Development Professor.”

Professor Kiedrowski is very deserving of this position ... he treats all of his students with respect and fosters an inclusive learning environment. I know he will make a lasting impact in the NERS department.Student Noah Kleedtke
Tweet

Emily Vu is a first-year Ph.D. student who has been working with Kiedrowski for almost a semester. She said, “Brian is an exceptional advisor and is always so helpful and willing to answer my questions, as well as the questions of other students in the department. I have no regrets deciding to come to Michigan to work with him as I’m confident I can be successful under his guidance. The entire NERS Department adores him. The students in NERS 444 even requested to make him the mascot for the first midterm. His dad jokes are icing on the cake.”

Master’s student Noah Kleedtke feels that “Professor Kiedrowski is very deserving of this position.” Noah continued, “He is an extremely smart man whose work ethic is off the charts. He treats all of his students with respect and fosters an inclusive learning environment. I know he will make a lasting impact in the NERS department.”

During his time at LANL and U-M, Kiedrowski has mentored over 15 graduate students and authored or co-authored over 50 peer-reviewed journal articles and conference papers. His teaching and the research of his students has been recognized through numerous awards. Kiedrowski has received two Department Faculty Teaching awards as voted by the students of NERS. Additionally, one of his former doctoral students, Timothy Burke, received the American Nuclear Society Mark Mills Award given “to the graduate student author who submits the best original technical paper contributing to the advancement of science and engineering related to the atomic nucleus.” He currently serves as a division officer and technical program chair for the Mathematics and Computational Division of the American Nuclear Society.

On winning the award, Kiedrowski commented, “It is an honor to have been selected for this professorship and I thank Charles and Elizabeth Schrock for their generous contribution to NERS. I am grateful for all the support from my colleagues and our excellent students over the last five years.”

The Board of Regents approved the establishment of the Charles and Elizabeth Schrock Faculty Development Professorship at their November meeting and Brian Kiedrowski’s appointment on December 5.