From semiconductors to driverless cars, students got an inside look at the Ann Arbor tech industry for ECE Expeditions 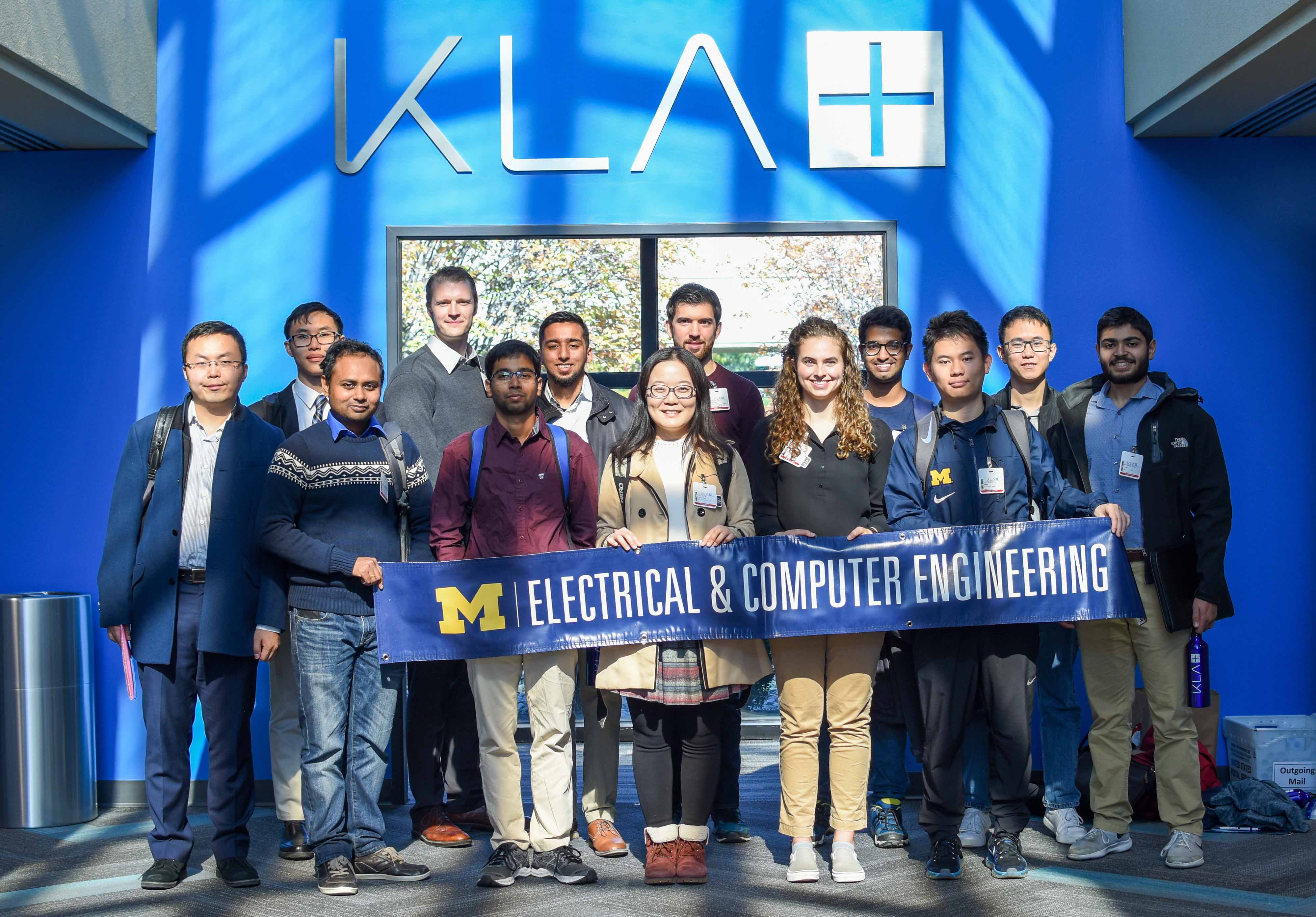 14 students attended the fall ECE Expeditions trip, getting a behind-the-scenes look at two companies that are looking to redefine the tech landscape of Ann Arbor.

Students first toured KLA’s newest temporary Ann Arbor headquarters. KLA is a global capital equipment company that inhabits the nexus of electron and photon optics, sensor technology, and artificial intelligence. From raw wafer to next-gen chip to world-altering idea, they work to advance the future of tech. They were founded in 1976 and they employ 10,000 people at 18 sites around the globe. KLA President and CEO, Rick Wallace, graduated from U-M in 1982 with a BSE in Electrical Engineering.

KLA’s main headquarters is located in Silicon Valley, but they are currently building a $150M second headquarters in Ann Arbor Technology Park – off Woodridge Avenue and Dixboro Road in Ann Arbor Township – which will officially open in 2021. KLA opened its temporary research and development office just up the road from the North Campus of the University of Michigan, Ann Arbor, this past summer. During the Expeditions trip, students toured the temporary site and got an inside look at the plans for the new building. 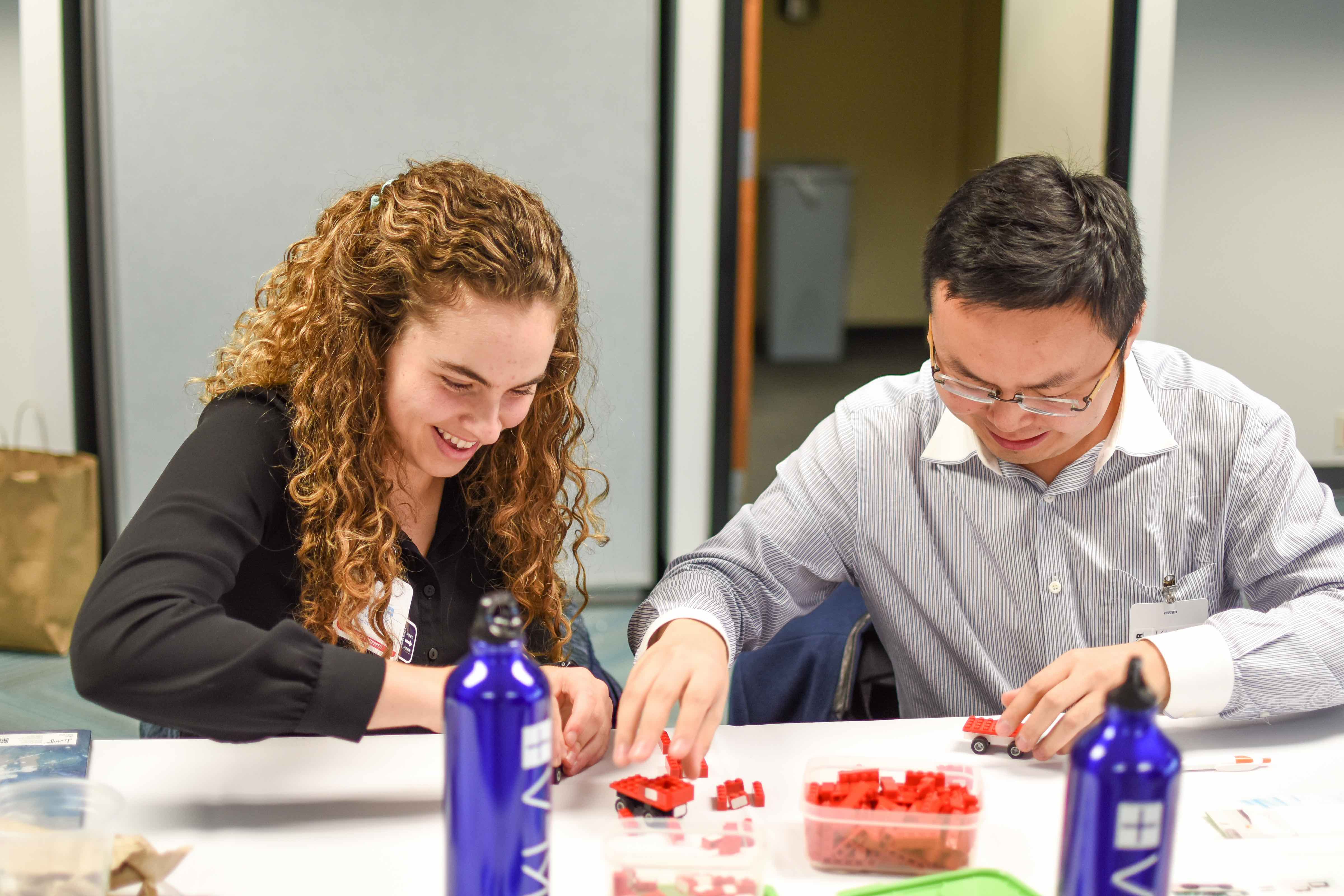 IMAGE:  Students participate in a lego exercise during a visit to KLA's temporary R&D office in Ann Arbor, MI.

The tour featured a brief overview of the company by John McLaughlin, KLA’s Ann Arbor site leader, who previously served as the Director of Corporate & Foundation Relations for the College of Engineering. Students also heard from a staff member from AI and a panel of younger employees who had recently started, many of whom were U-M ECE alums.

Students were able to ask questions about the culture and hiring process. There were also interactive elements, such as a Lego exercise, a walking tour of the facility, and a career fair. KLA emphasized that they have a lot of opportunities for U-M students.

“We hope that we’ll recruit hundreds of students from U-M,” McLaughlin said during the KLA groundbreaking ceremony this past summer. “That was part of the reason why we chose Ann Arbor.” 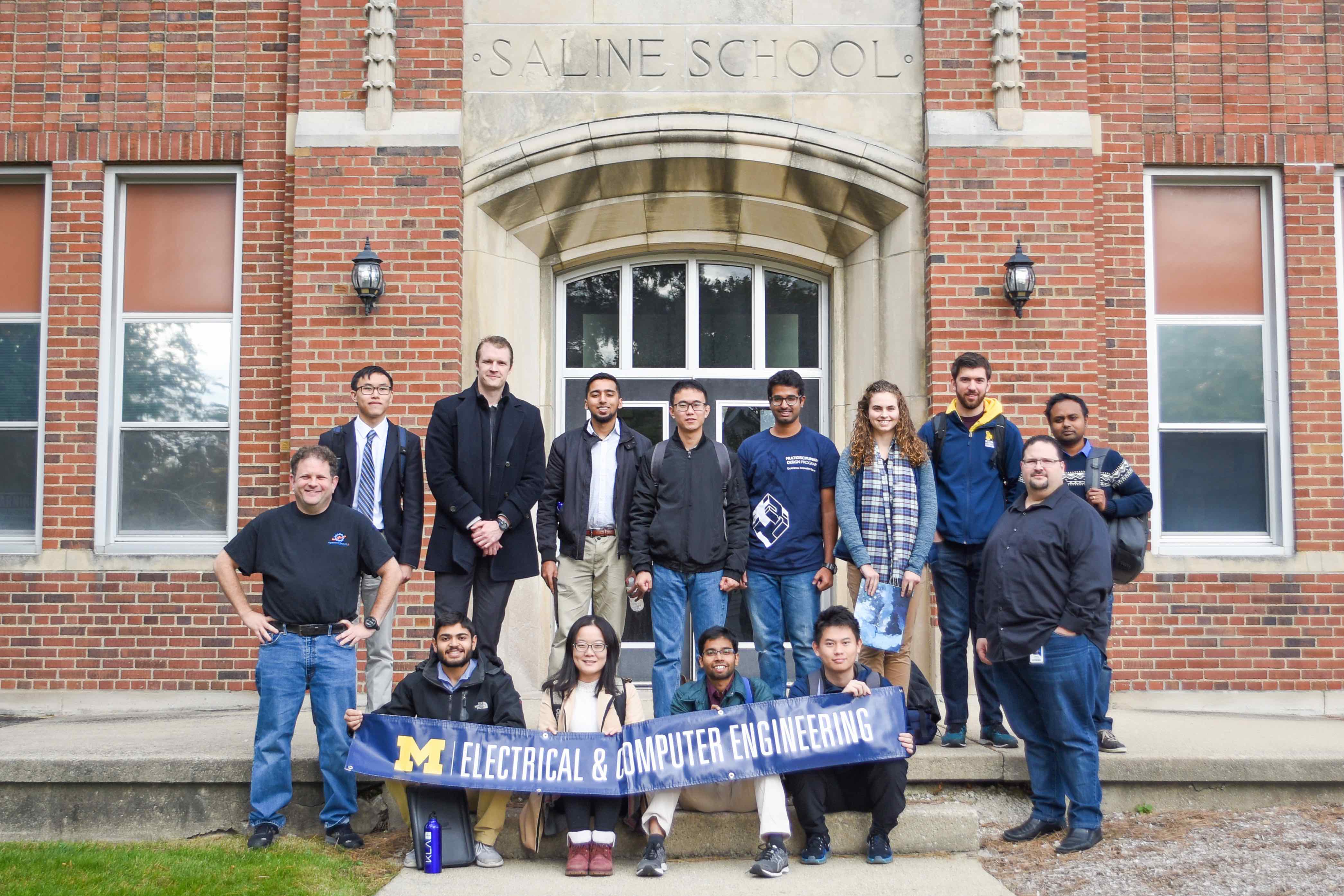 QS AI develops smart systems leveraging signal/image processing and control algorithms. The company has built products and solutions for customers worldwide for twenty years, with the last 15 focusing heavily on mobile robotics, autonomy, and related areas. QS AI has largely operated as a defense contractor, working with the U.S. military on robotic systems (such as remote-controlled sentinel security robots) and simulation tools (their ANVEL simulation package is heavily used throughout the Army), but they were recently acquired by Ford Autonomous Vehicles LLC to assist in making robotaxis, driverless delivery vehicles, and other futuristic mobility concepts a reality in the near future.

Many of QS AI colleagues from Ford will be working in the new Michigan Ford Robotics building on North Campus slated to open in 2020. Rohde hopes this will lead to even more opportunities to collaborate with U-M. 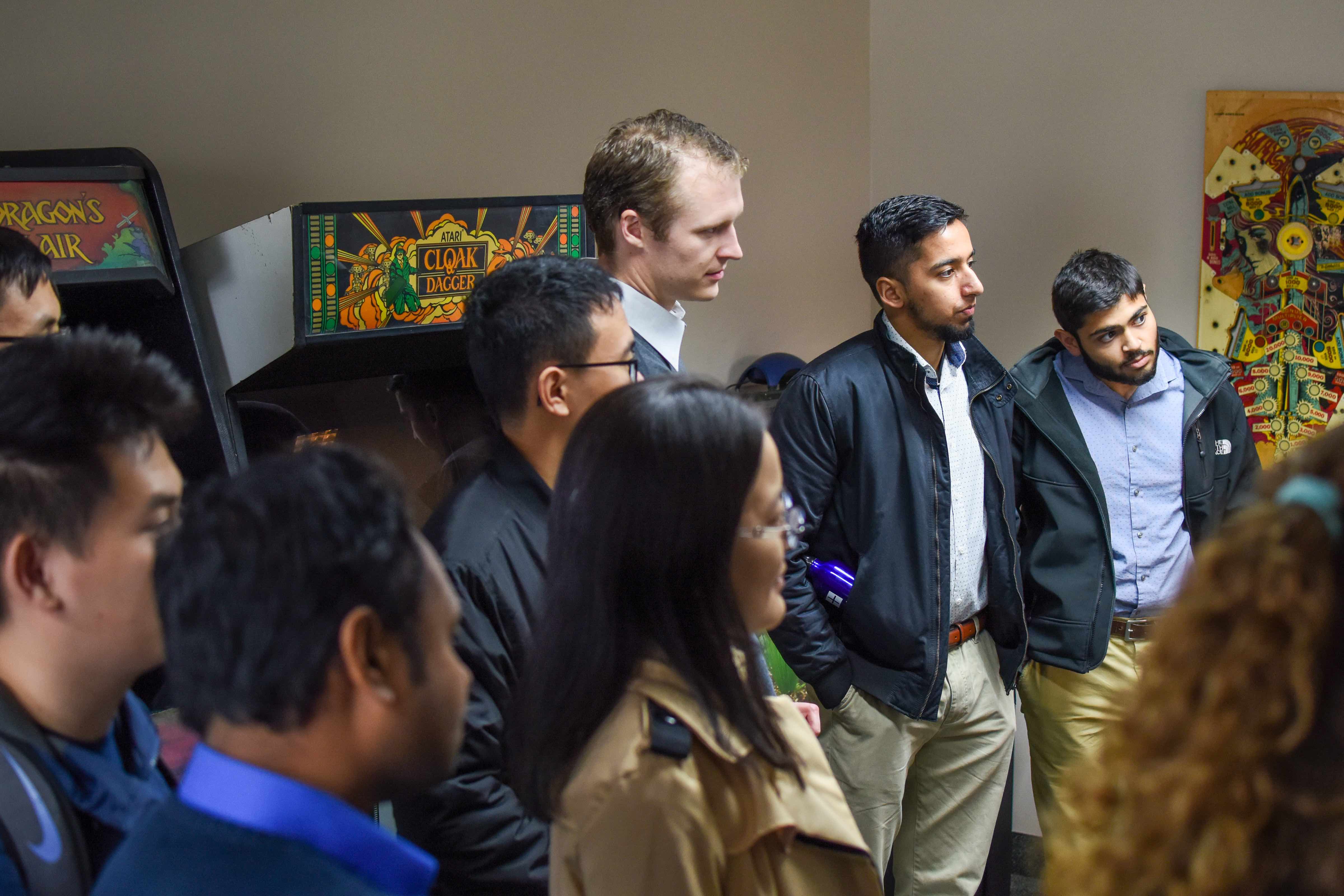 “We’ve been working with U-M basically since we started back in 1999,” Rohde says. “It’s always an exciting thing, and we’re always looking for great collaborations with faculty and for enthusiastic graduates to come and join the team.”

Rohde spoke to students directly about current and future QS AI projects and working with Ford. He then led a tour of the facility, explaining the job positions and introducing some of the workers. He also gave an overview of the company culture and showed off the fun arcade games they play to unwind.

In QS AI’s garage, students were treated to demos of how sensors work on self-driving cars and vehicles, as well as other technology.

“The facility is mega cool and unique,” said Crystal Hoppe, ECE Alumni and Corporate Relations Manager who helped organize the trip. “The demos were super fun and interesting, and the students had so many questions.”

The next ECE Expeditions trip will occur in the Spring.