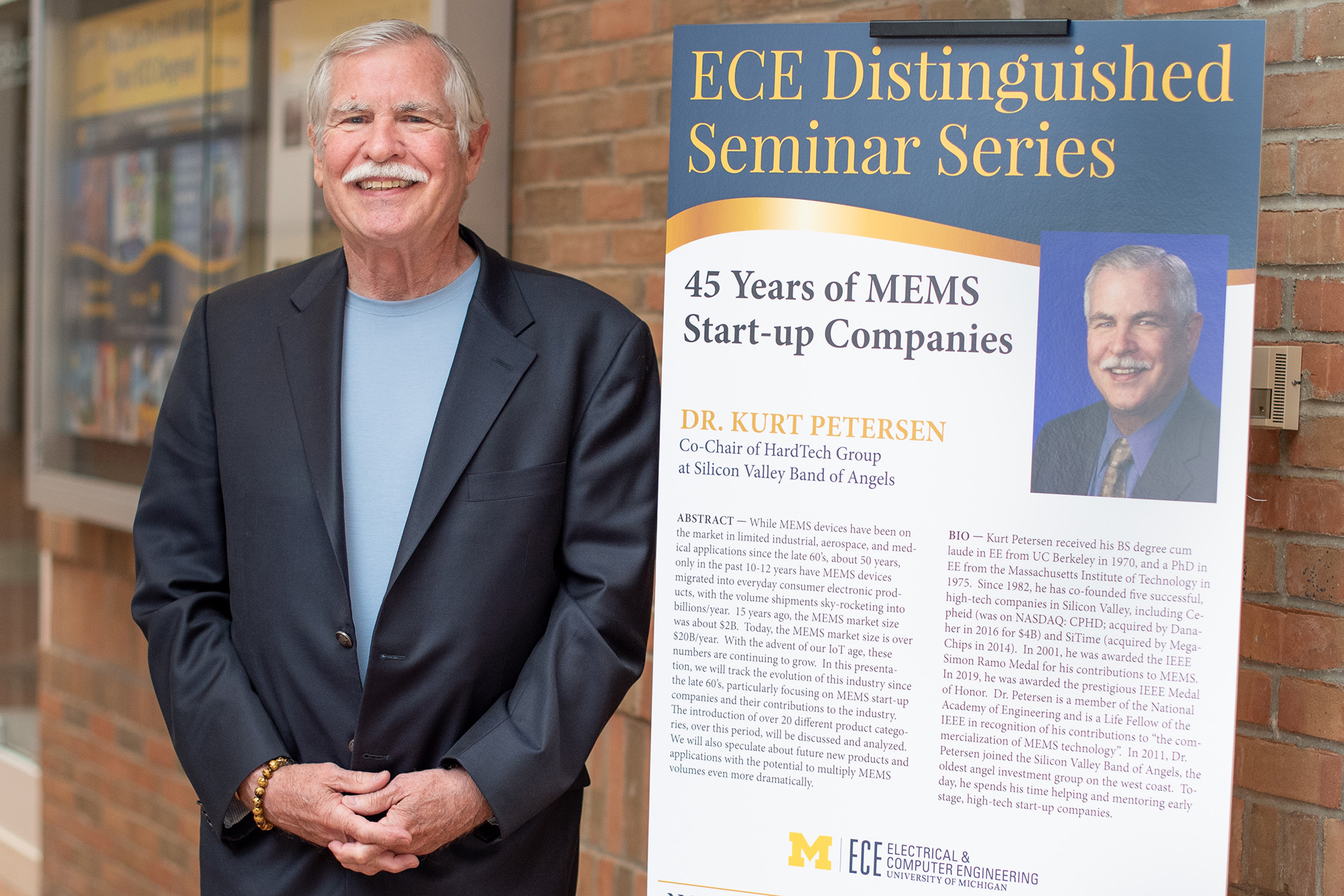 IMAGE:  Dr. Kurt Petersen next to his poster on the day of his ECE Distinguished Seminar Series talk in EECS. He changed the title of his talk from "45 years" to "60 years" on the day when he discovered some last-minute information that he wanted to include in his presentation.

The ECE Distinguished Seminar Series was established to host distinguished academics and industrial leaders who have had significant influence in the advancement of the ECE discipline, and whose visions are shaping the future and setting the research agenda of electrical and computer engineering. The goal of the series is to display the most recent advancements in all sub-fields of ECE to our research community and student populations and to provide networking opportunities to our faculty and Ph.D. students.

“Kurt is one of the founding fathers of MEMS, and he has an incredible record of bringing new types of microsensors into the commercial realm, where these technologies have a real impact,” said Prof. Yogesh Gianchandani, Director of the Center for Wireless Integrated MicroSensing & Systems, who hosted Petersen. “It was appropriate to kick off the new ECE Distinguished Seminar Series with Kurt.” 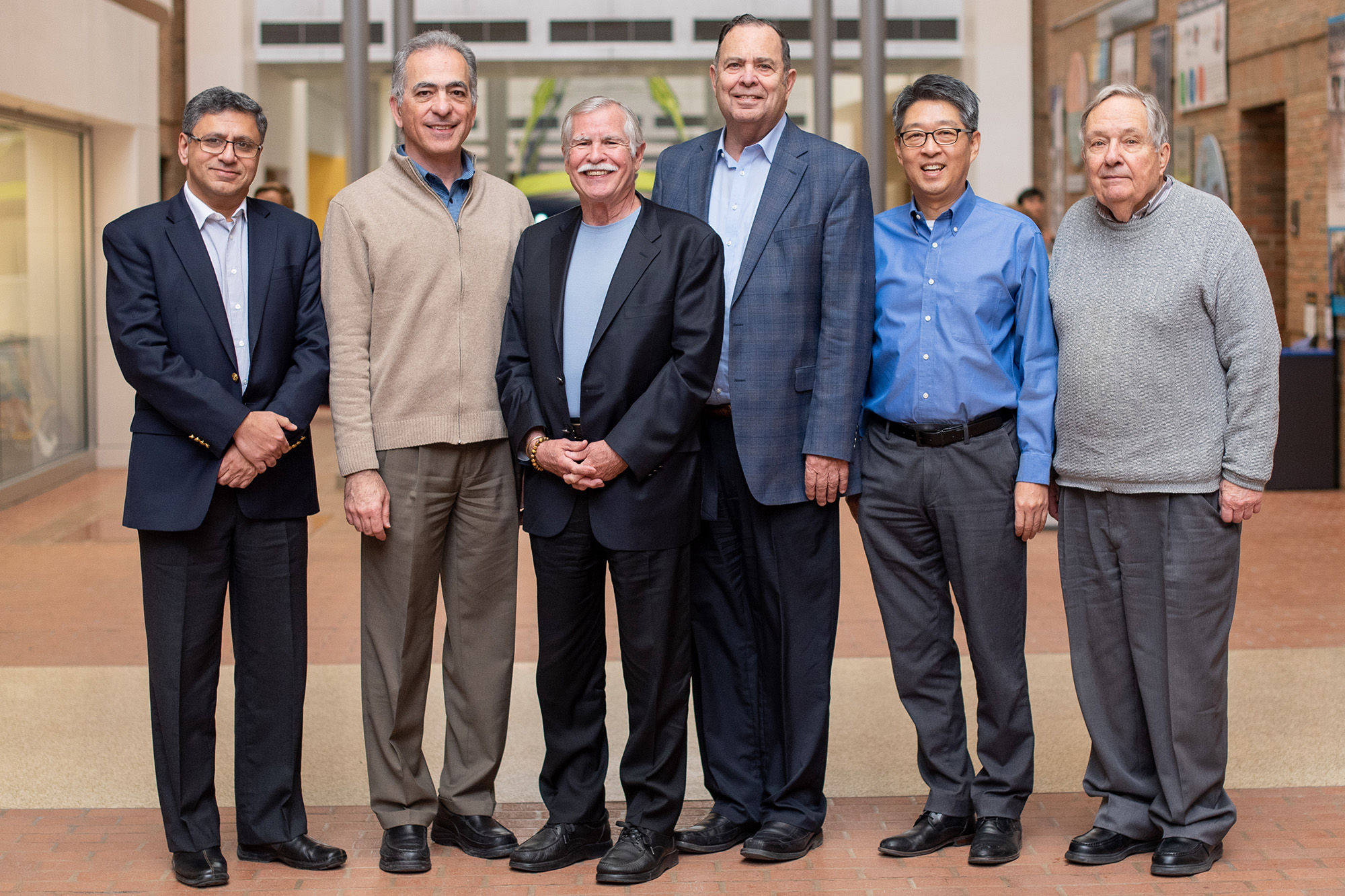 Petersen’s talk, “60 Years of MEMS Start-up Companies,” addressed the evolution of MEMS since the late 1960’s and focused on MEMS start-up companies and their contributions to the industry. Petersen also speculated about future new products and applications of MEMS tech.

Petersen is a Life Fellow of the IEEE and was elected to the National Academy of Engineering for “contributions to the research and commercialization of microelectromechanical systems (MEMS).” In 2011, Petersen joined the Silicon Valley Band of Angels, the oldest angel investment group on the west coast. Today, he spends his time helping and mentoring early stage, high-tech start-up companies. 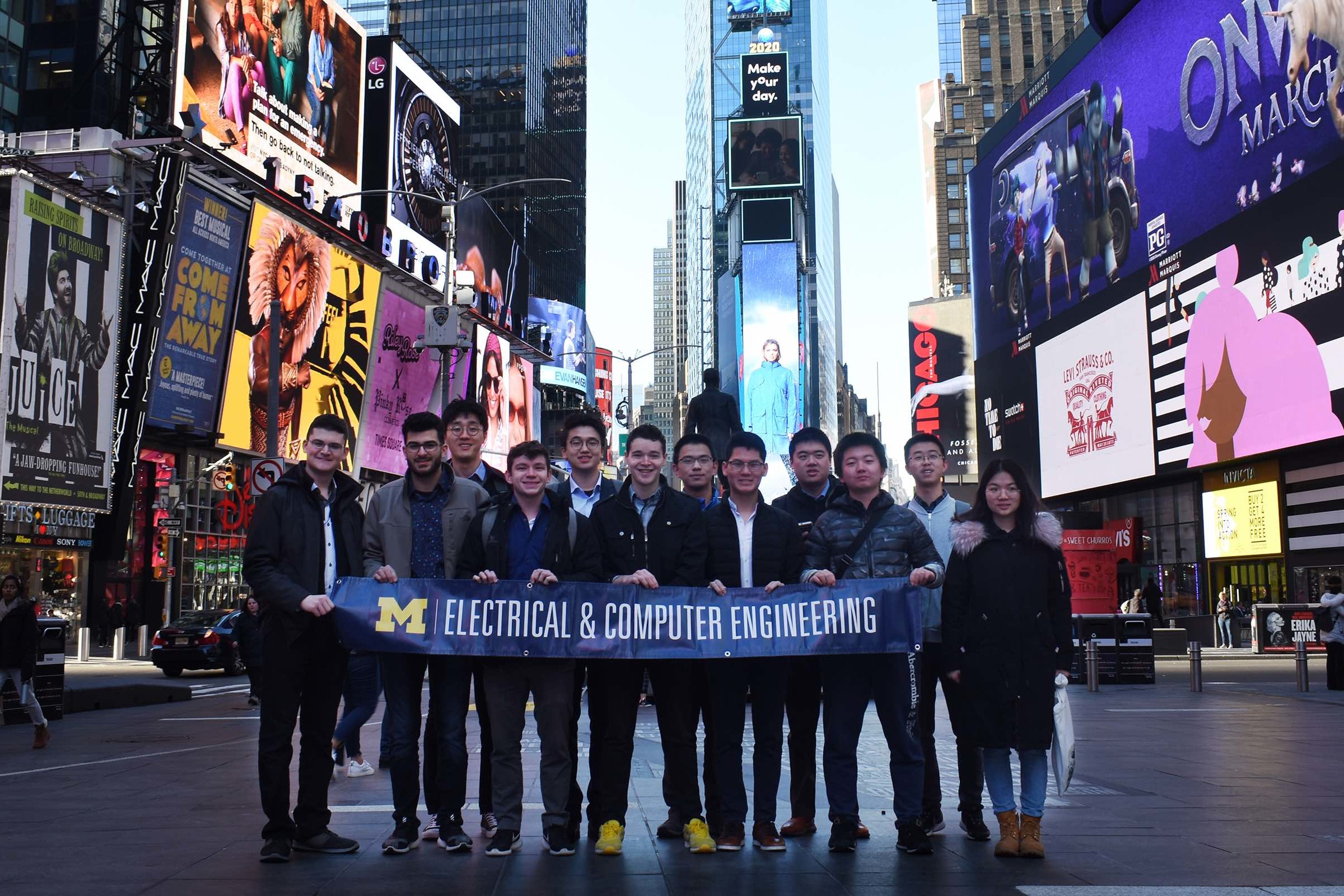