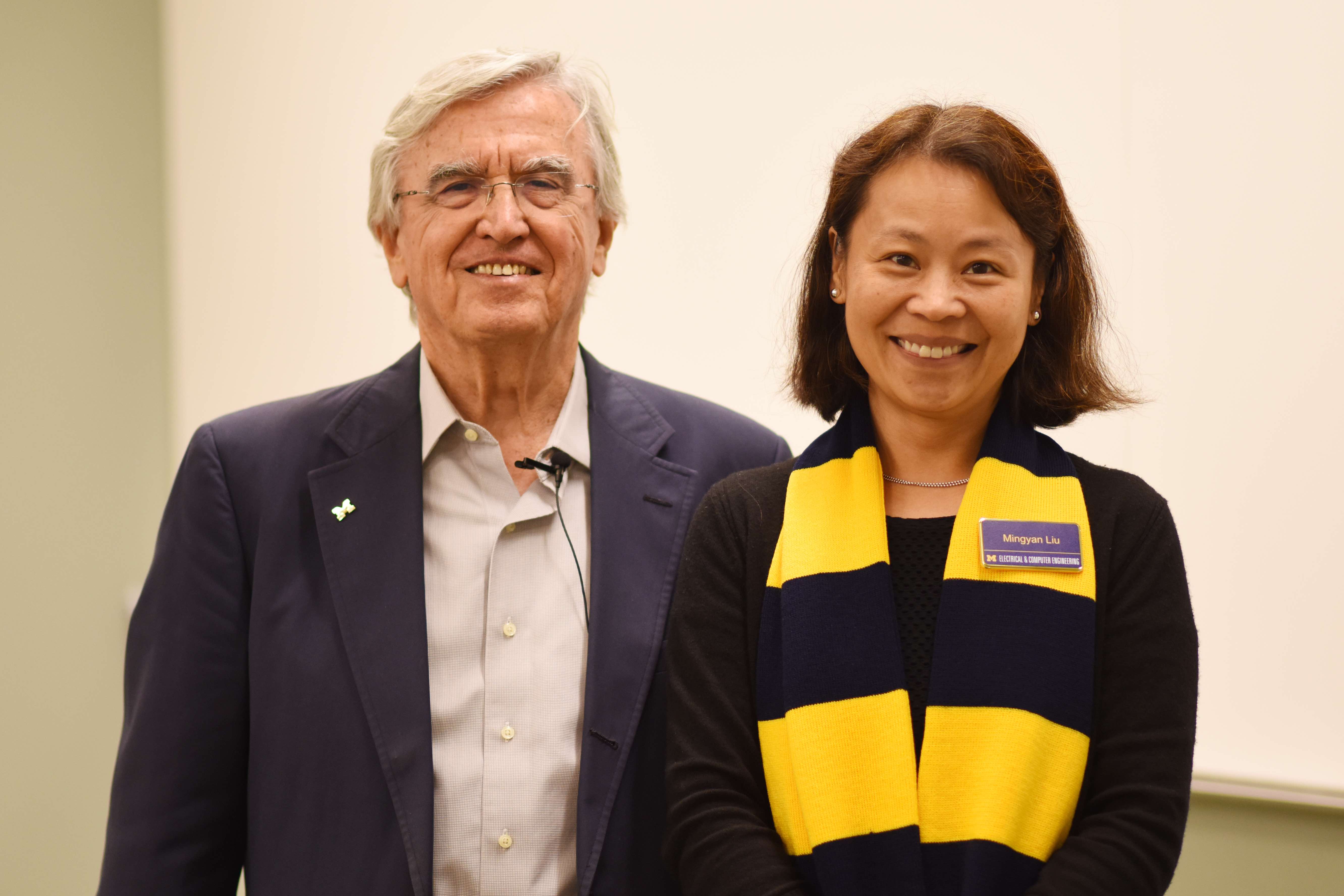 For five decades, Nicolaos Alexopoulos has been a leader in engineering administration and electrical engineering research. For his work championing the discipline from the classroom to the boardroom, he has received Michigan Engineering’s 2019 Alumni Award.

The award is the highest accolade given by the Michigan Engineering Alumni Board.

Alexopoulos earned his bachelor of science, master of science and doctorate in electrical engineering from the University of Michigan  in 1965, 1967 and 1968, respectively.

“Michigan Engineering alumni are known for their stellar contributions to industry, their discoveries and inventions, or their advancement in the educational field. Nicolaos is known for his successes in all three,” said Khalil Najafi, the Schlumberger Professor of Engineering, Arthur F. Thurnau Professor and professor of electrical engineering and computer science. “He is the Michigan Difference personified, and is most deserving of this recognition.”

Since 2008, Alexopoulos has served as a vice president at Broadcom Corporation, and more recently, the Broadcom Foundation.

Under his 11 years of leadership as dean of engineering at the University of California, Irvine, the school more than doubled enrollment and faculty, and nearly tripled research expenditures. He helped establish the National Fuel Cell Research Center, Integrated Nanosystems Research Facility, Center for Engineering Science in Design, and Biomedical Engineering department. Recently, the school and donors created the Nicolaos G. and Sue Curtis Alexopoulos Presidential Endowed Chair.

Alexopoulos has served as editor-in-chief of the journal Electromagnetics and authored more than 270 journal and conference papers. Ten of his journal publications have been published in volumes of the most significant contributions in the field. He and his students have received three best paper awards from IEEE Transactions on Antennas and Propagation.

He is the former principal investigator of two STEM programs focused on underrepresented students in California.

Alexopoulos was elected to the National Academy of Engineering in 2007 for “contributions to microwave circuits, antennas, and structures for low observable technologies, and for contributions in engineering education.”

The Michigan Engineering Alumni Board (MEAB) serves the college and its 80,000 alumni by offering knowledge, hands-on service, network connections, passion and resources in the pursuit of the College of Engineering’s vision and mission.