EECS: Electrical and Computer Engineering
October 2, 2019
Prof. Stephen Forrest, who serves as co-chair of the commission, attended the forum to address concerns and give updates on the plan of action. | Medium Read
Enlarge 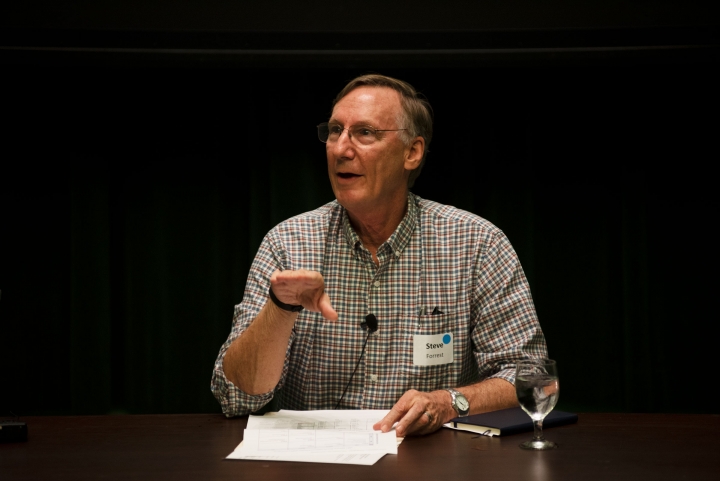 By Michael Bagazinski, The Michigan Daily

The University of Michigan President’s Commission on Carbon Neutrality hosted a community forum to speak on the progress of the commission in strategizing how to tackle carbon neutrality and to address community members’ concerns regarding the University’s lack of action. The event consisted of two parts: a public forum and question and answer session, and then small group discussions with leaders of different internal analysis teams of the commission. The town hall was open to all students, faculty and community members, and over 100 people attended.

The President’s Commission on Carbon Neutrality was announced in February with the goal of providing recommendations to the University on how to achieve carbon neutrality through the collaboration of students and faculty. Last semester they held two town halls.

LSA sophomore Ari Cohen told The Daily he attended the event because as a Program in the Environment student, he wants to see how the University is planning to combat climate change.

“I’m keenly interested in topics related to the environment,” Cohen said. “And clearly a pressing matter of today is climate change and I’d like to see the University take a stronger initiative on combating that. This is clearly one way in which they’re doing that and I’d like to be informed and involved if possible.”

The panel speakers were the co-chairs of the commission: Jennifer Haverkamp, director of the Graham Sustainability Institute, and Stephen Forrest, professor of electrical engineering and computer science.

Haverkamp began by explaining how the commission has been tasked with a difficult goal and they need the help and input of all community members to achieve it.

“The challenge is massive, but so is the climate crisis that we’re facing, so we have all thrown ourselves into this,” Haverkamp said. “But there are many dimensions, many stakeholders. It’s complex. This is a long-term effort that we’ve embarked upon and we need an engagement from everybody, all segments of the University, to be successful.”

Forrest then noted how the commission is working on scope 3 emissions, are all indirect emissions not included in scope 2, which includes students living off campus. He said numerical data has been a key factor in creating recommendations and strategies to combat scope 3 emissions.

“We have a tremendous number of students scattered among the communities,” Forrest said. “That’s one of the things that’s even harder. So, how do we get to those problems? And in what order do we get to them? Well, scope 1 and scope 2 are pretty much top of the line. Scope 3 is much more difficult. The way we get to them is by measuring and having quantifiable methods for determining what we are emitting in each of those categories … if we can measure something, we can get it done.”

Forrest and Haverkamp then addressed questions from the audience. One attendee asked how the commission planned on incorporating energy justice and equity into their recommendations.

Haverkamp said the members of the commission are making sure to keep in mind issues of environmental justice as they do their work every day.

“The charge that we have given to each of these analysis teams is to include the consideration of justice issues as they do their research and develop their recommendations to us,” Haverkamp said. “That includes also reaching out to communities that are usually underrepresented in these conversations. We will work on these issues together.”

The next question referred to how the University of California school system recently divested their entire endowment from fossil fuels. The audience member asked what is preventing the University of Michigan from divesting.

In response, Forrest emphasized how divesting is not the role of the commission. He said the job of the commission is to make recommendations, but the President and the Board of Regents are ultimately in charge of what action the University takes.

“I want to be really clear,” Forrest said. “Our job is not to set university policy. The University has made those decisions through different channels under the president’s authority. That is simply not our brief. Our brief is to find a way to get to carbon neutrality at this University. How the investment portfolio is managed and so on goes through completely different channels within the University.”

Cohen said he hopes the University will take bolder action to match the commitment to carbon neutrality other universities have shown. He explained while some people have voiced their discontent with the University’s choices, he thinks it’s good that they’re working on it.

“I think the University is facing criticism for maybe not setting ambitious enough goals, but I think that this is a good place for them to be at the moment,” Cohen said. “While it may not be ambitious enough, at least it’s something. So, certainly carbon neutrality is an ambitious goal, but I think if we can get there sooner rather than later, I think that would be living up to the leaders and best that we claim to be.”

This story originally appeared in the The Michigan Daily 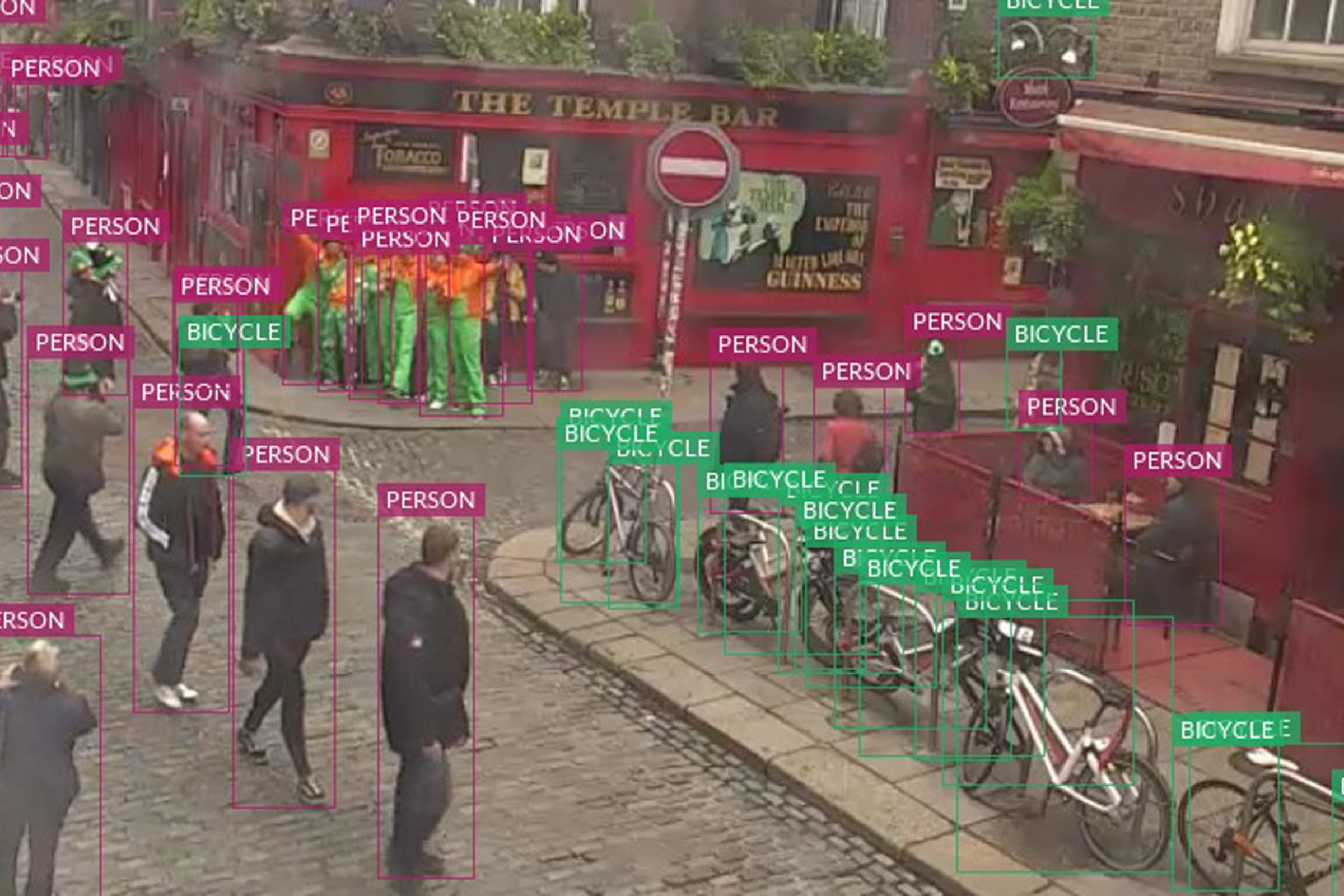 Virtually visit (what should be) desolate intersections around the world during COVID-19.| Medium Read 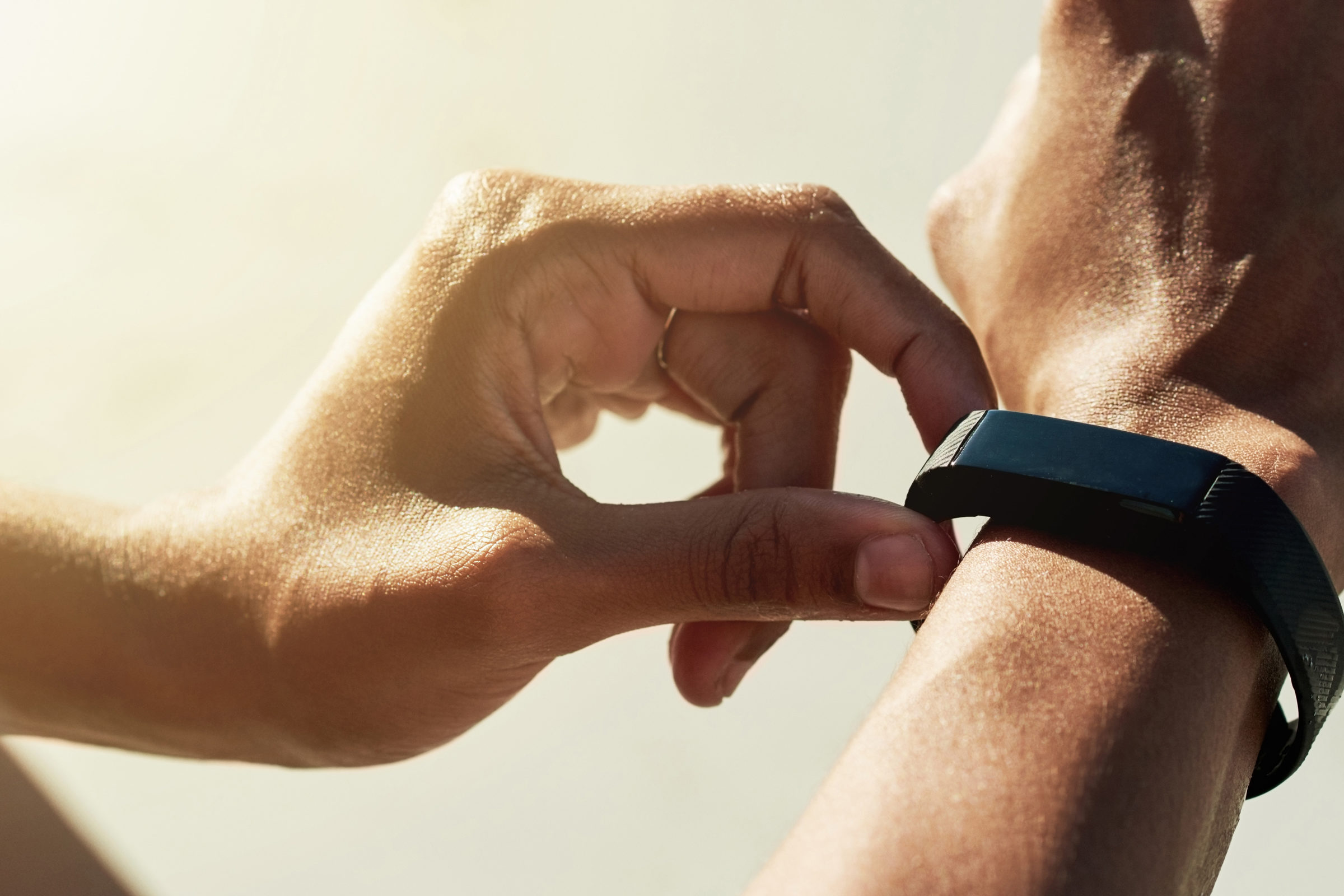 Could a smartwatch identify an infection before you start spreading it?