by Riley Wilson
Civil and Environmental Engineering
October 21, 2019
Professor Glen Daigger was one of two thousand recognized on the eve of the seventieth anniversary of the founding of the People’s Republic of China. | Short Read
Enlarge 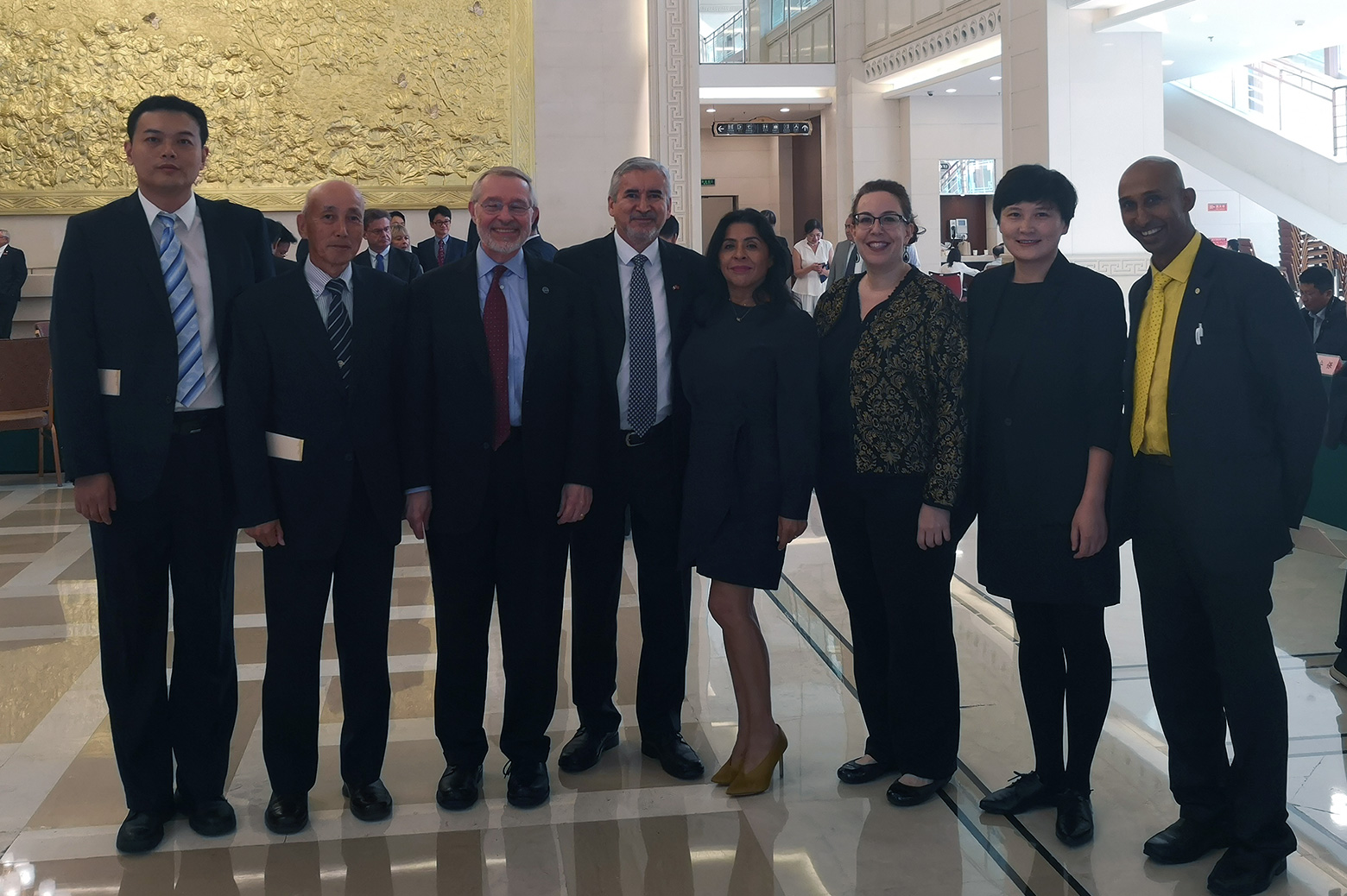 IMAGE:  Professor Glen Daigger (third from left) poses with colleagues at the Reception for Foreign Experts in China.

Civil and Environmental Engineering (CEE) Professor Glen Daigger recently attended the Reception for Foreign Experts Celebrating the 70th Anniversary of the Founding of the People’s Republic of China.

Daigger, who is a member of the National Academy of Engineers and the International Scientific Advisory Committee (ISAC) of the Chinese Research Academy of Environmental Sciences (CRAES), was recognized for his ongoing dedication to China’s water and environmental problems. The event was attended by two thousand foreign experts in the fields of science and technology, and included both a workshop presented by the Ministry of Science and Technology (MOST) and a reception.

Daigger’s attendance comes on the heels of the US-China Forum on the Environment and Sustainability at the University of Michigan and College of Engineering initiatives to build relationships with Chinese universities, such as the recent agreement signed by representatives from CEE and the School of Environment at Tsinghua University to create an Accelerated Master’s Degree Program (AMDP) in Environmental Engineering at U-M. The AMDP will allow Tsinghua University students working toward their undergraduate degrees to earn their M.S.E. in Environmental Engineering from U-M after a two-year residency on the University of Michigan campus.

Reflecting on the event, Daigger noted how personally and intellectually rewarding his history of working with China has been, in part because his work has led to policy changes within China. For example, his research into water and environmental issues has recently led the Chinese Ministries of Ecology and Environment Protection, Housing and Urban and Rural Development, and Finance to issue guidelines concerning the management of wastewater infrastructure.

About the significance of the event and CEE’s ongoing international commitments, Daigger said, “This is a visible demonstration of the fact that we can and do make a difference not only in Michigan and the US, but globally.”