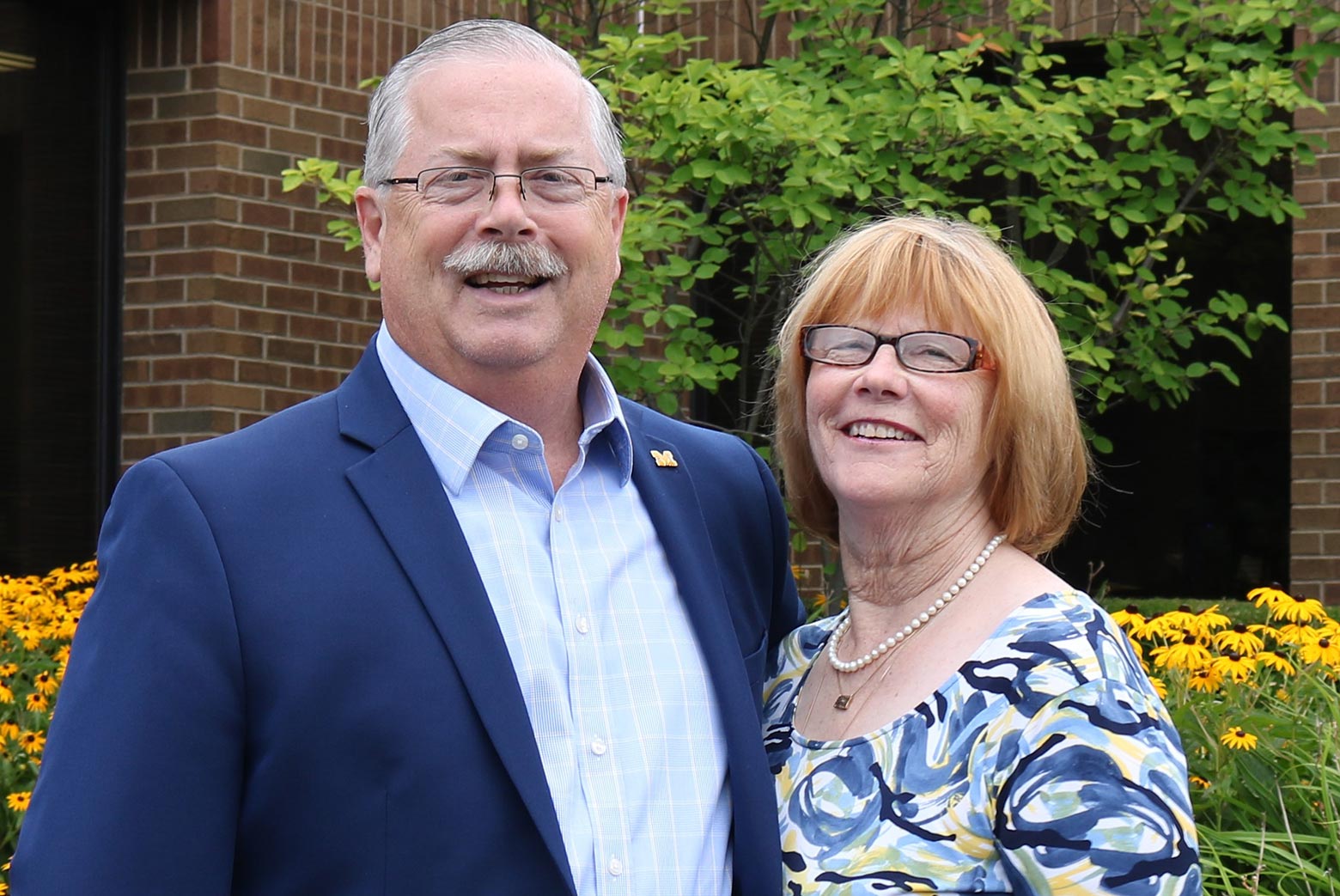 Carol Ann is a 1975 BSN graduate of the School of Nursing, and achieved the highest U.S. military ranking ever by a UMSN graduate. Jim is a graduate of the University of Michigan College of Engineering, holding a BSE in Civil Engineering and a BS in Oceanography. He co-founded the law firm of Fausone Bohn, LLP and Legal Help for Veterans, PLLC, with Carol Ann’s assistance.

With three University of Michigan degrees, decades of loyal donor support and countless hours of fundraising volunteer hours between them, Carol Ann and Jim epitomize the highest levels of support by alumni. They are tremendous supporters of the U-M School of Nursing, College of Engineering, Alumni Association and Athletics. The Fausones established the James G. and Carol Ann Fausone Endowed Scholarship at the College of Engineering and they created the Brigadier General Carol Ann Fausone Scholarship in support of nursing students. To date, more than twenty students have had their lives changed by these scholarships.

Carol Ann and Jim shared their time and enthusiasm for U-M as members of the highly successful School of Nursing Victors for Michigan Champions for All Campaign Committee. With Carol Ann as chair, the school reached record-breaking levels of fundraising. Beyond gifts, Carol Ann lent her time to volunteer in 2017 as the chair of the School of Nursing Dean’s Blue Ribbon Panel for Veterans, which aimed to advise UMSN how to better serve current and prospective students with military experience.

The award the Fausones have been selected for was named in honor of the late David B. Hermelin, who was a dedicated volunteer for the university devoting countless hours to fundraising. He was a tremendous role model for other volunteers, so after his passing the University established the award in his memory in 2004. The Fausones received the award at a dinner hosted by President Schlissel on October 4, 2019.

This article was originally published by the School of Nursing.