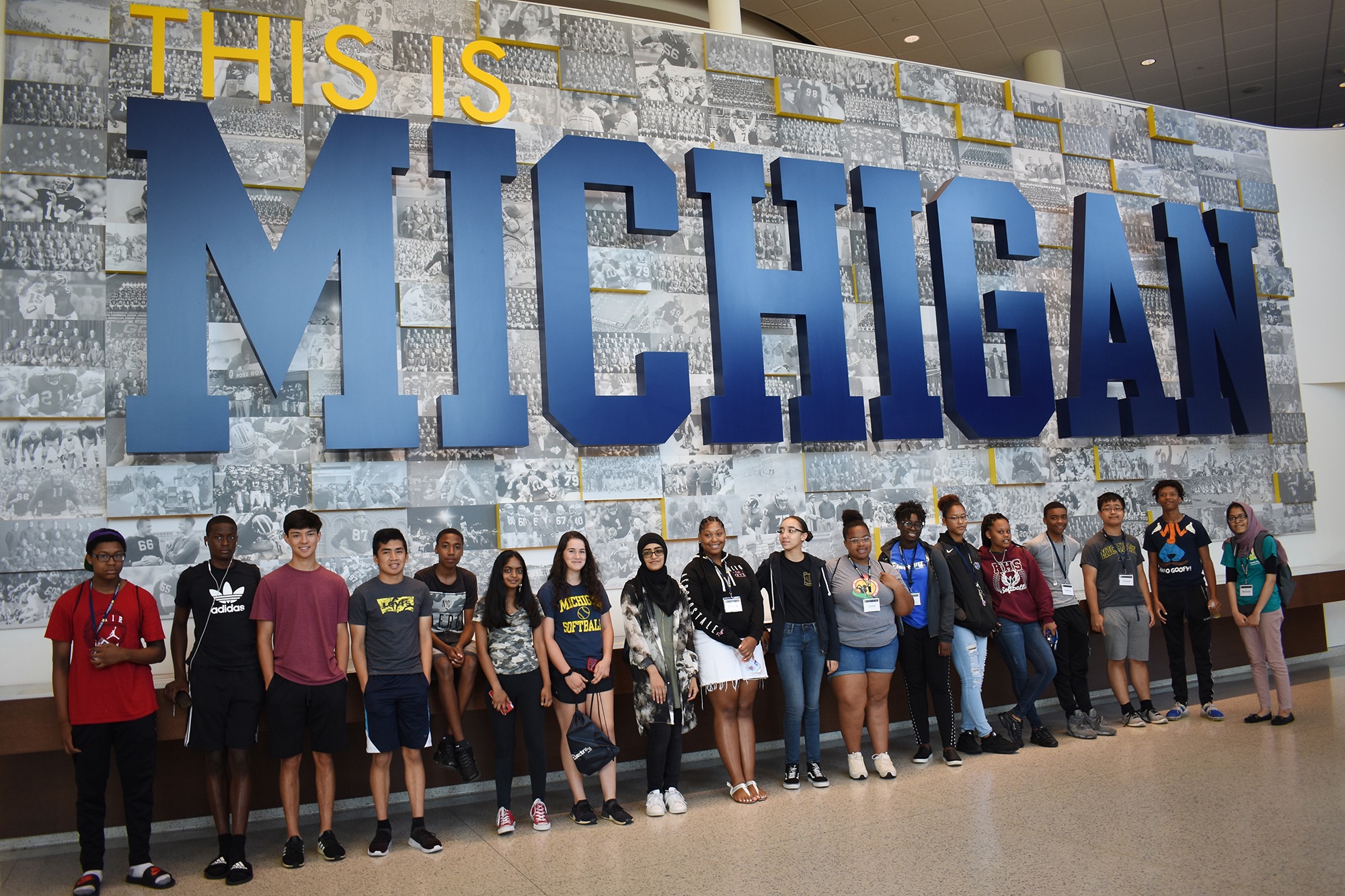 Every year, high school students come from near and far to attend the ECE Electrify Tech Camps held on the Ann Arbor campus that give them hands-on experience in electrical and computer engineering. This year, ECE added a fourth camp that’s held in downtown Detroit at the Michigan Engineering Zone (MEZ).

“One of our program’s goals is to make Electrify accessible to as many students as possible so they can learn more about electrical and computer engineering,” said John Feldkamp, ECE’s Student Recruiter who managed the program. “By hosting a program at the Michigan Engineering Zone in Detroit, we were able to bring the Electrify experience to a new location and help students and families connect with Michigan ECE.”

The MEZ is a University of Michigan facility and program of the Office of Student Affairs at the College of Engineering. Its goal is to give Detroit-area students the opportunity to engage with science, technology, engineering, and mathematics. 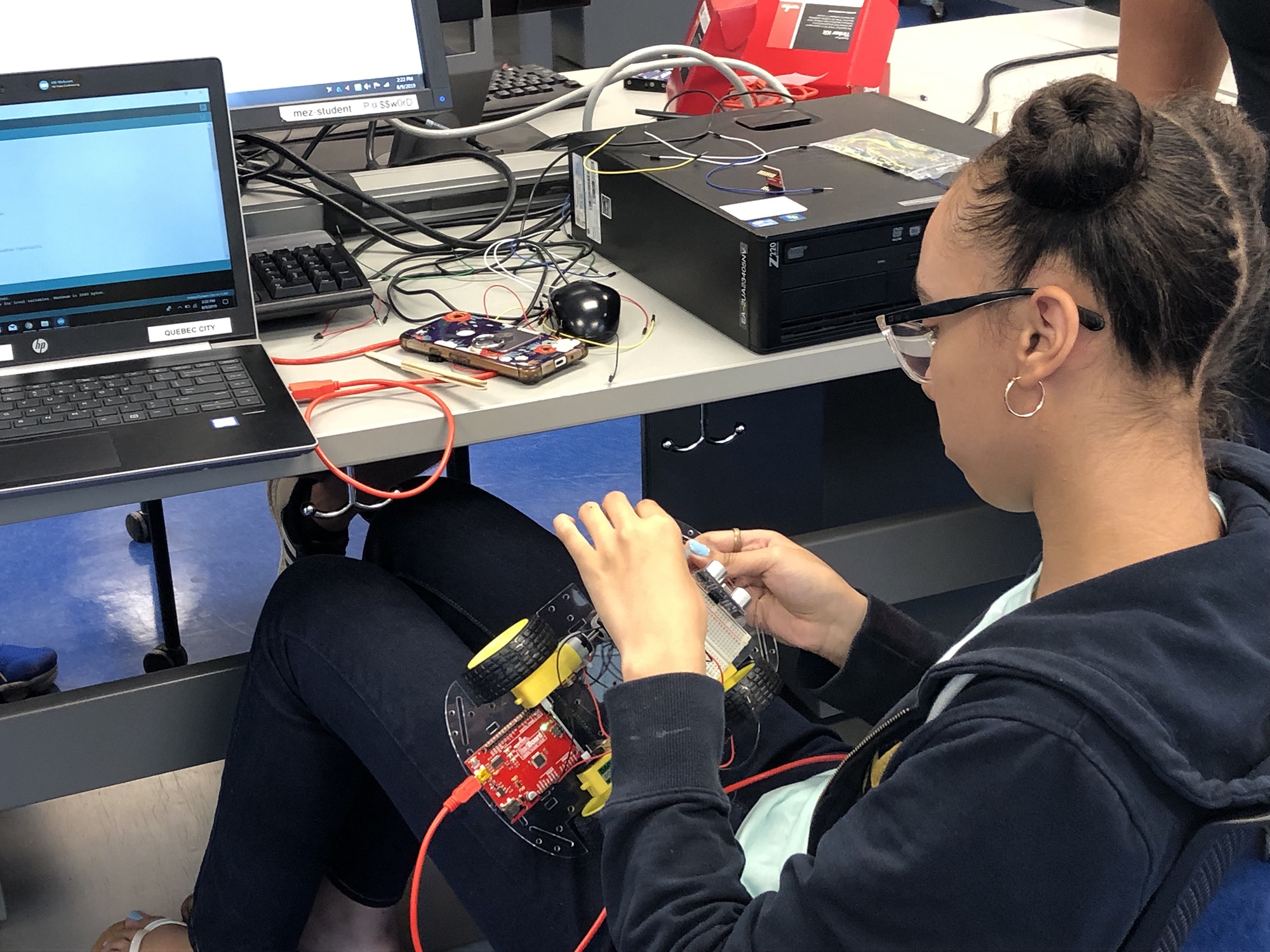 IMAGE:  A student works on her project for the Sense It (Detroit) Electrify Tech Camp held at the Michigan Engineering Zone.

“Engineering has always been something I’ve wanted to do,” said Gisele, a MEZ camper going into her senior year of high school. “I’ve always loved math and science and putting things together to figure out problems, so my mom was searching around for an engineering camp for me to do this summer, and she came across this one. It was right down the street from our house, so she was like, ‘Perfect!’”

Due to the generosity of community members and corporate partners, scholarships are available for students to attend the tech camps. Members of Detroit Labs came together to fully sponsor five students attending Sense It Detroit.

“It’s wonderful partnering with companies on these sorts of projects,” says Crystal Hoppe, the ECE Alumni and Corporate Relations Manager. “It’s a great way to support the community and give kids valuable experiences in STEM.”

Sense It Detroit taught students the fundamentals behind wireless sensors and how they are being used in modern technology. Students got experience working with remote measuring devices, programming, and connecting circuits. They also got a closer look at how these devices connect with one another and gather information.

“The most valuable thing about this experience for me was being allowed to do both the programming and the hardware,” said Andrew, a MEZ camper going into his junior year. “It really allowed me to be creative and find my own solutions.” 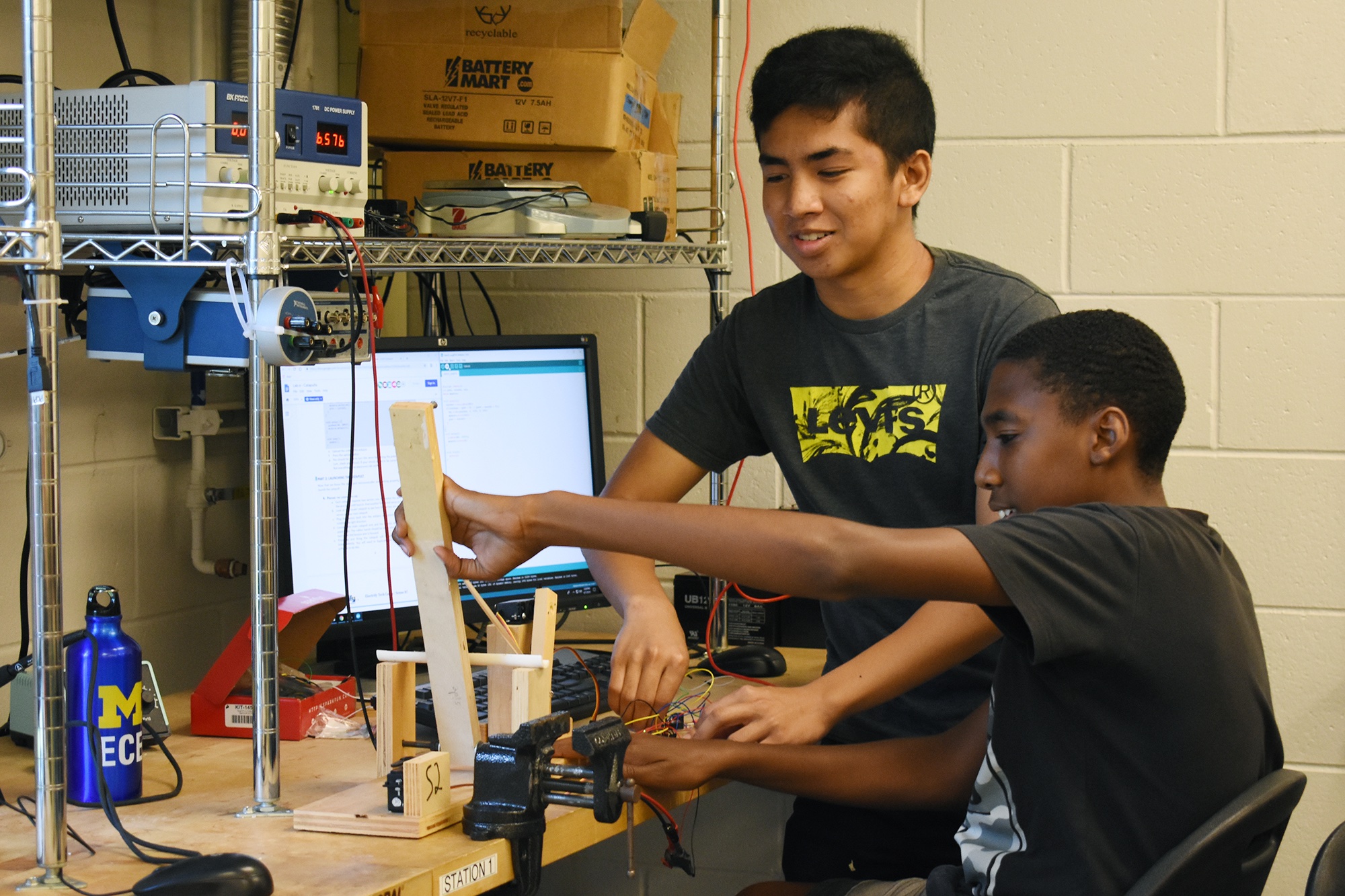 IMAGE:  As part of the Sense It (Detroit) Electrify Tech Camp, students spend a day in Ann Arbor working on their projects in U-M labs.

The camp’s instructor was Jamie Phillips, the Arthur F. Thurnau Professor and Associate Chair of Undergraduate ECE Affairs. Phillips specializes in new materials for electronic components, solar cells, infrared detectors, laser diodes, and thin film transistors. He has taught 22 courses of all levels and developed a photovoltaics and solar power course that had students designing, building, and testing their own solar powered systems.

“I wasn’t exposed to these kinds of programming skills or math in my school or even my life,” said MEZ camper Mahbuba. “It was really fascinating experience, and I’m going to use the knowledge that I gained to go back to my school and teach my peers how to actually do these things.” 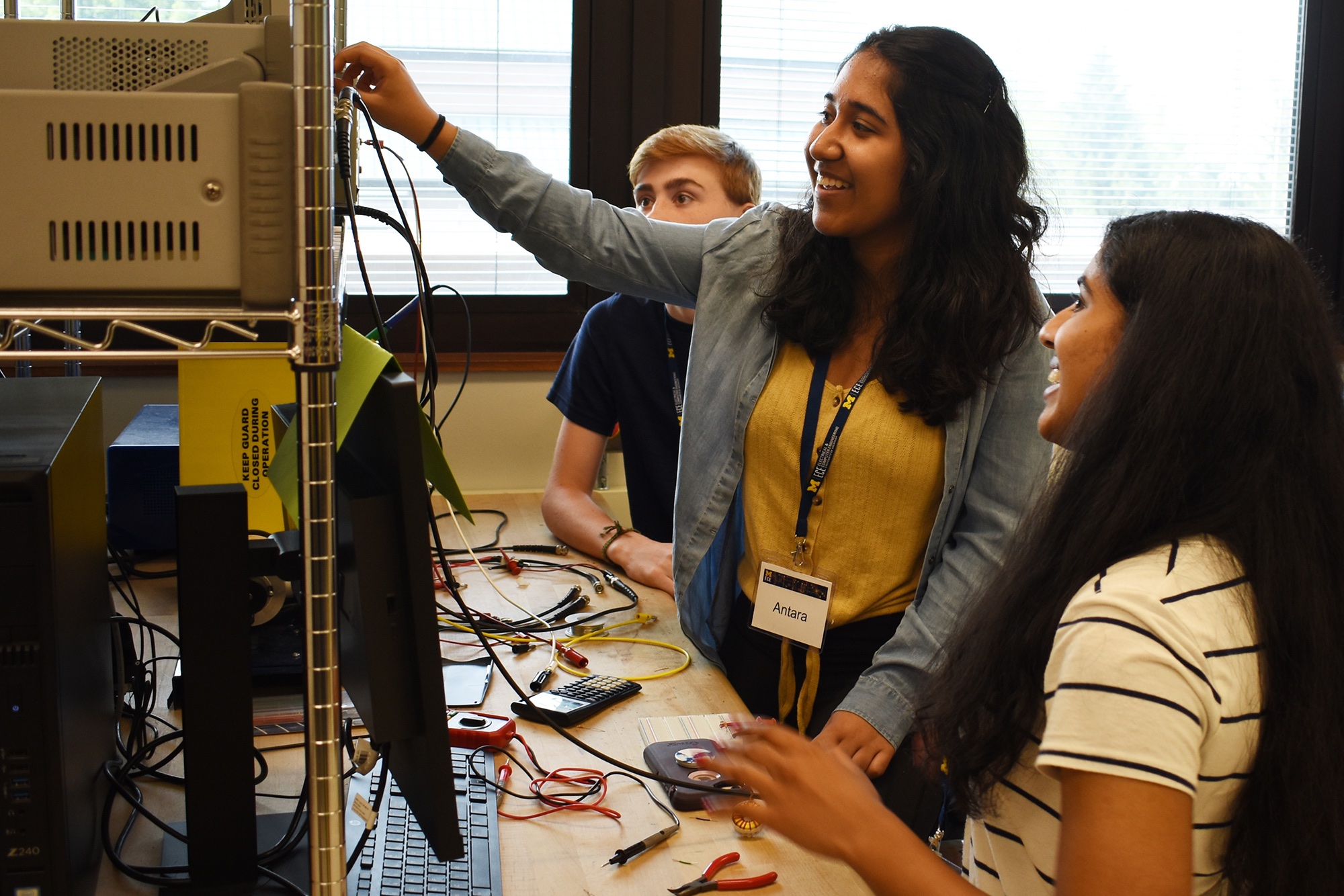 IMAGE:  Students work in a lab during the Power Up Electrify Tech Camp held in Ann Arbor.

The other Electrify Tech Camps were held on campus in Ann Arbor. Power Up taught students how systems are powered, the challenges of different sources of energy, and the basics of circuit design. It was taught by Prof. Heath Hofmann, who specializes in power electronics and systems focusing on energy harvesting, wind energy, electric and hybrid vehicles, and the design and control of electric machines.

Sense It (Ann Arbor) was the same topic as Sense It (Detroit). During the Ann Arbor camp, participants played a friendly match of Quidditch – the famous wizard sport. They used remote controlled quadcopters (drones) to serve as the quaffle and (sometimes unintentional) bludgers. The exercise taught them about the challenges of drone navigation, which they applied to their projects designing a wireless device network. These networks help unmanned vehicles fly safely and efficiently. The camp was taught by Leland Pierce, an Associate Research Scientist, who specializes in the development of image processing techniques for radar remote sensing.

Nano Size It took students inside the Lurie Nanofabrication Facility, where they got hands-on experience with technologies that have transformed our way of life over the past 60 years. They built a solar cell from ground up and put together a solar car that runs by converting the solar energy to mechanical power. The camp was taught by Prof. P.C. Ku, who leads the Nanophotonics and Nanofabrication Group. Ku specializes in making optical devices more energy efficient.

All camps also included recreational activities, daily lunches, and special activities designed to introduce the camper to Engineering at Michigan. Students at the Ann Arbor camps were treated to a behind-the scenes tour of the Big House, and MEZ participants explored U-M’s Ann Arbor labs and classrooms for a day and toured Schembechler Hall and the Yost Ice Arena. In addition, there were several fun social activities to encourage students to get to know each other. In Detroit, students went bowling and toured the Detroit Opera House. 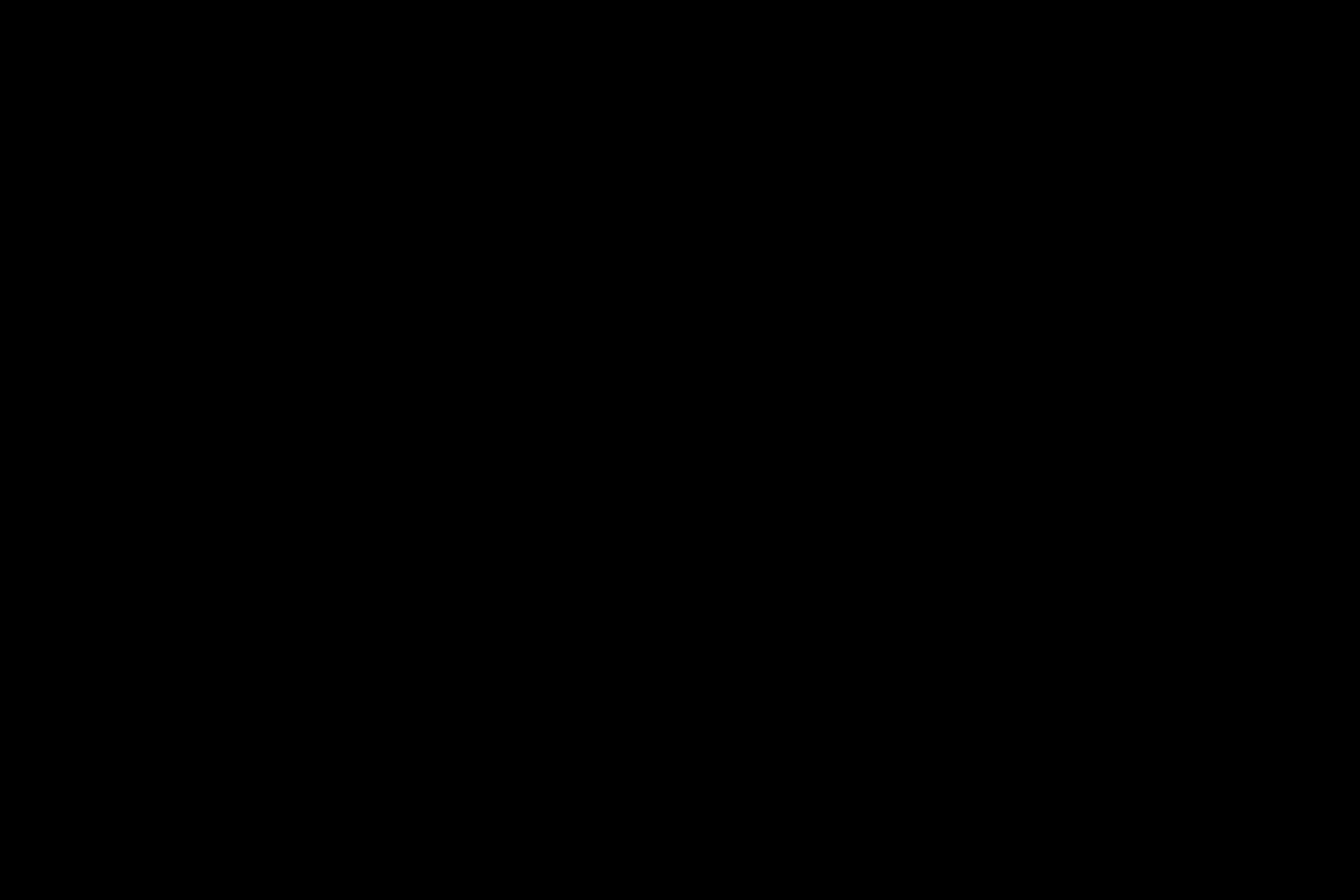 Members of our community share their stories, their fears, and their hopes for a more inclusive, just future. | Long Read 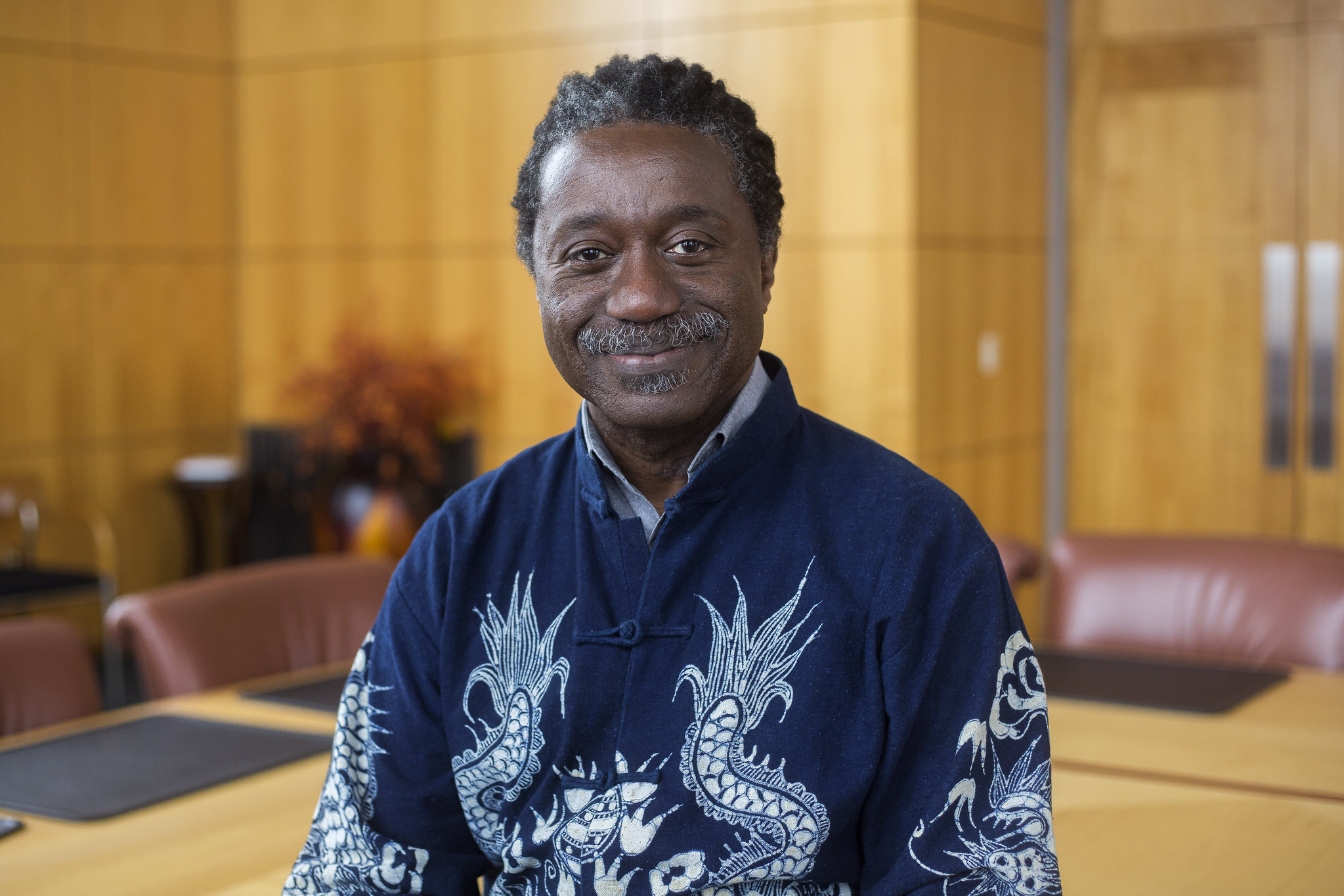