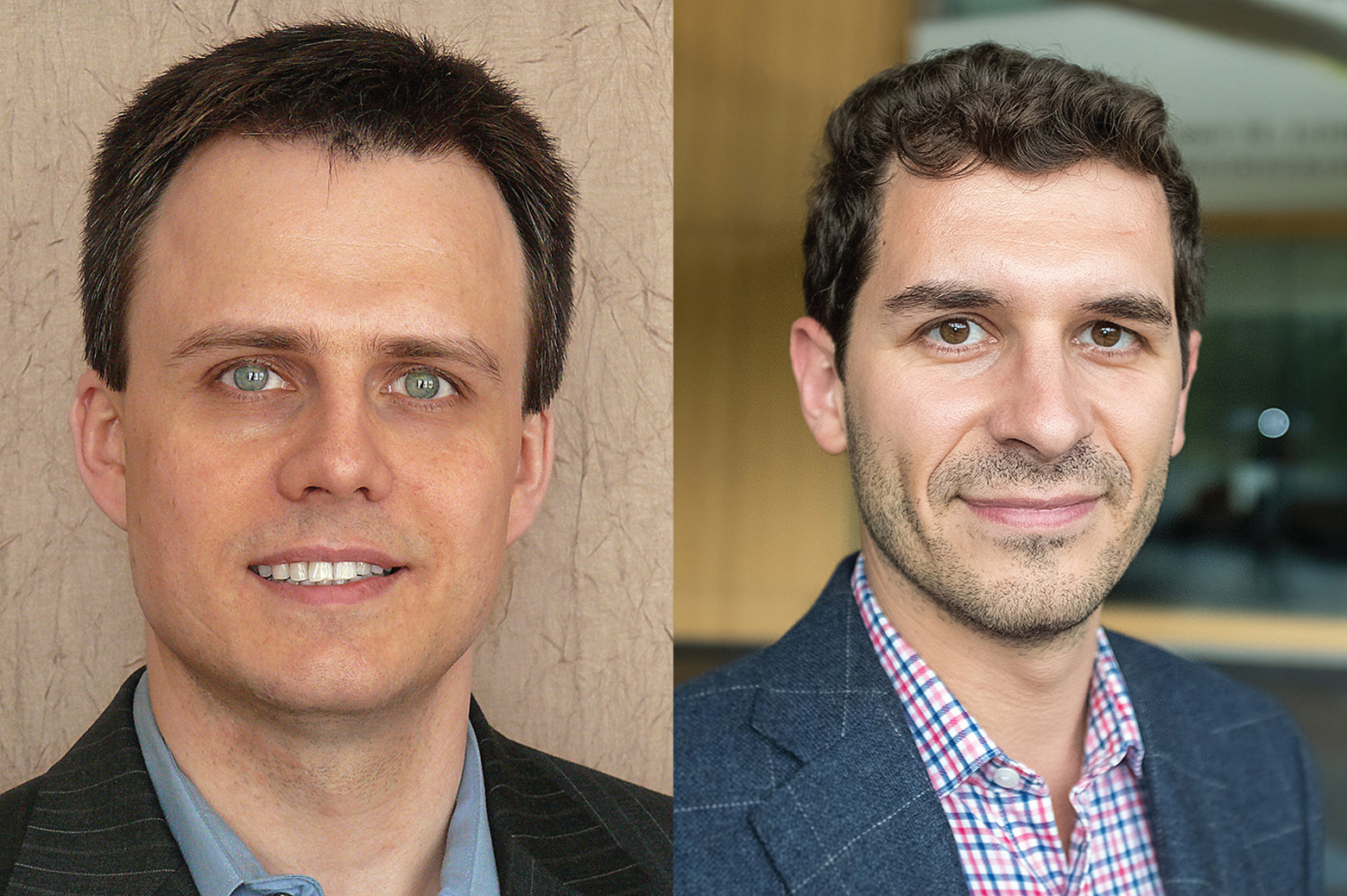 Maciek Antoniewicz joined the faculty as a professor this fall. He was previously the Centennial Professor of Chemical & Biomolecular Engineering at the University of Delaware.

Maciek was born and raised in Poland. When he was 11 years old, his family moved to the Netherlands and eventually settled in Arnhem. In 1994, he moved to the historic city of Delft to attend college at the Delft University of Technology, where he received his bachelor’s degree in 1998 and master’s degree in 2000, both in chemical engineering.

I am looking forward to expanding my research into new and exciting directions at the interface of biology, engineering and medicine.Maciek Antoniewicz
Tweet

In 1999, he received a national scholarship to pursue the last 12 months of his master’s degree research at the Massachusetts Institute of Technology (MIT). After completing his research there, he stayed at MIT and pursued doctoral studies in chemical engineering under the supervision of Gregory Stephanopoulos.

During this time, Maciek developed a novel framework for investigating the metabolism of living cells through the use of stable-isotope tracers and mass spectrometry. His theories became the foundation for next-generation 13C metabolic flux analysis methods that are now widely used in metabolic engineering and medical research to quantify in vivo metabolic rates and discover novel metabolic pathways

After completing his PhD in 2006, he did post-doctoral research at DuPont. He started his independent career as an assistant professor at the University of Delaware in 2007 where he quickly rose through the ranks and was promoted to an endowed full professor in 2017.

Maciek’s research focuses on developing next generation techniques for analyzing, engineering, and manipulating microbial and mammalian cells. These techniques are applied to specific problems in biotechnology (biofuels, pharmaceuticals) and medicine (cancer, obesity, diabetes).

As he begins his first semester at Michigan, Maciek says, “I am looking forward to expanding my research into new and exciting directions at the interface of biology, engineering and medicine.”

Maciek has received several awards in recognition of his research, including the DuPont Young Professor Award (2008), the James E. Bailey Young Investigator Award in Metabolic Engineering (2008), the NSF CAREER Award (2011), and the Biotechnology and Bioengineering Daniel I.C. Wang Award (2015).

He and his wife, Rosanne, have a son and a daughter. His wife, a physician-scientist, will join the faculty in the School of Medicine. They were drawn to Ann Arbor because of Michigan’s strong medical school and engineering departments, opportunities to collaborate with many outstanding faculty across the campus in life sciences and engineering, and the excellent schools and outdoor activities available to their children.

Jovan Kamcev joined the Department of Chemical Engineering as assistant professor in August 2019. He graduated with a BE in 2012 from Stony Brook University, where he double majored in chemical & molecular engineering and applied mathematics & statistics.

I am excited to work with the exceptional faculty, students, and staff of the department to tackle some of the grand challenges of our time.Jovan Kamcev
Tweet

His new research group will focus on developing high-performance polymeric materials (e.g., membranes and adsorbents) for water treatment and energy storage/generation applications by implementing an integrative approach based on materials synthesis, advanced characterization, and modeling.

Emphasis will be placed on improving the fundamental understanding of solute transport in polymeric materials in both aqueous and non-aqueous systems and developing structure/property guidelines for the rational design of high-performance polymeric materials with properties specifically tailored for a given application.

“I am excited to work with the exceptional faculty, students, and staff of the department to tackle some of the grand challenges of our time,” Jovan says.

Jovan was born in a small country in Eastern Europe, Macedonia, and immigrated to the United States when he was 11 years old. He grew up in New York City and attended Brooklyn Technical High School, where he majored in chemistry and first discovered his passion for science. Jovan got his first taste of scientific research as a summer high school student in the Columbia University Medical Center. As an undergraduate, he participated in research programs in the Department of Biomedical Engineering at Columbia University and the Center for Functional Nanomaterials at Brookhaven National Laboratory.

In his spare time, Jovan enjoys watching and playing sports (mainly basketball, volleyball, tennis, and golf), exploring everything that nature has to offer, cooking, and traveling. Fun fact: Back in his younger and more athletic days, Jovan was the captain of his high school’s basketball and volleyball teams!