by Andrew Stephenson
Aerospace Engineering
August 27, 2019
The two TBEx satellites launched in June 2019 will give scientists detailed insight into the effects of plasma bubbles in the upper atmosphere and how this space weather impacts space communication. | Medium Read
Enlarge 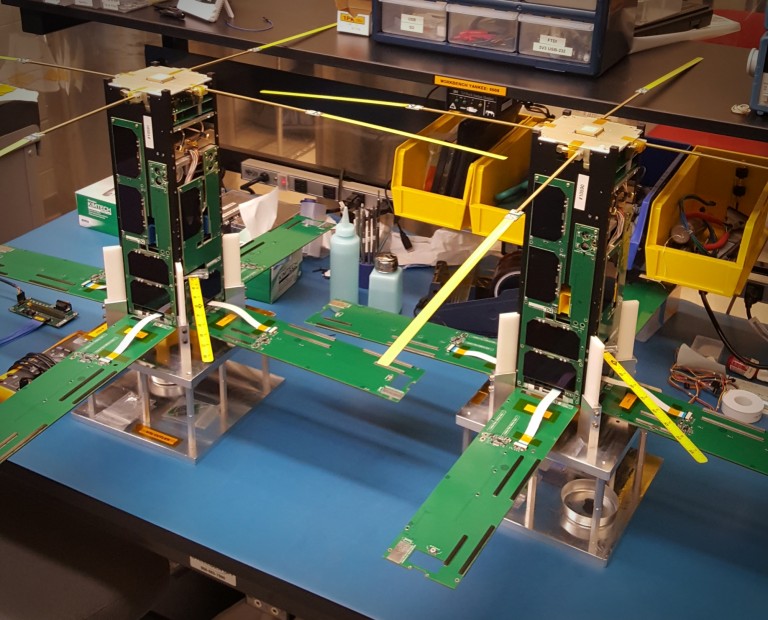 IMAGE:  The two TBEx satellites during integration in the clean room

On June 24, 2019, two CubeSats developed by the Michigan Exploration Laboratory (MXL) were deployed in low Earth orbit by a SpaceX Falcon Heavy rocket. These satellites, called the Tandem Beacon Experiment (TBEx),  are part of a NASA project to understand unpredictable plasma bubbles that form in the upper atmosphere and how they impact communications. The launch was funded by the US Space Test Program. 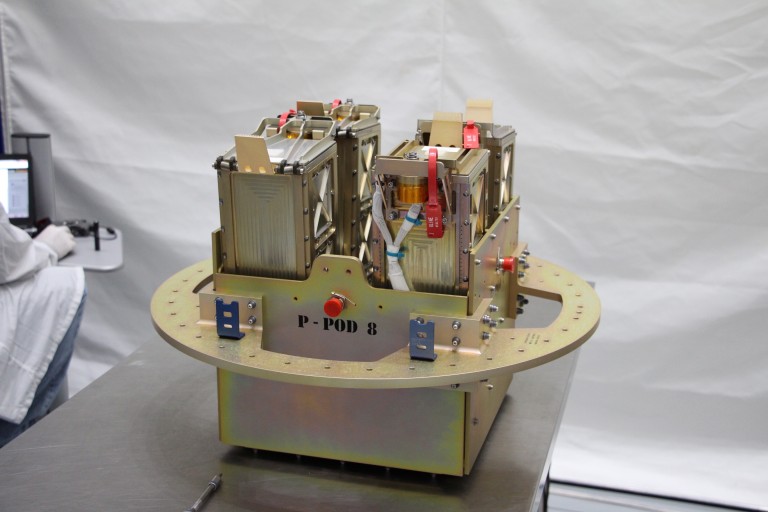 During their year long mission, the TBEx satellites will send radio signals to ground stations and the world, which will measure the distortions caused by the plasma bubbles.  Signals such as GPS transmissions are distorted unpredictably when they pass through the ionospheric plasma bubbles.

MXL worked with SRI International to develop the TBEx mission for NASA.  MXL developed the satellite system and the payload was developed by SRI International.   Graduate students Prince Kuevor who works at MXL, and Paul Knudsen who runs the TBEx operations from MXL’s control center, spoke about the design challenges they faced. Both cited the complex antennas, which are packed for the launch and deploy when the satellite is in orbit, as the biggest challenge. The satellites were also equipped with an advanced attitude control system built in house, a first for MXL.

MXL is run by Associate Professor James Cutler who led graduate and undergraduate students to design, build, test and fly the TBEx satellites.  As students graduate and take their experience and expertise with them, new engineers must be trained to carry on the work. “Test regularly and write things down” is the philosophy of Kuevor, who joined MXL as a sophomore and is now working on his PhD. Kuevor sees MXL as a good source of experience and inspiration for these students: “[The Laboratory] is a great way to get young, interested, and  innovative minds involved in this field.”

Over the next year, the MXL team will coordinate TBEx flight experiments with additional satellites developed by NOAA, six COSMIC-2 satellites.  Together, as a constellation of small satellites, they will explore plasma bubble evolution and development over time. The use of CubeSats as large scale constellations is at the forefront of space research, and these MXL students are leaders in this global CubeSat effort.

Dr. James Cutler discusses CubeSats and the role of U-M in their development.| Medium Read
Researchers