Prof. Winick retires, leaving a legacy that empowers students to seek life and learning outside of the lab

by Hayley Hanway
EECS: Electrical and Computer Engineering
July 19, 2019
For the past 31 years, Prof. Winick has helped define undergraduate courses and curriculum both at U-M and abroad while inspiring all to engineer their future by understanding the past.| Medium Read
Enlarge 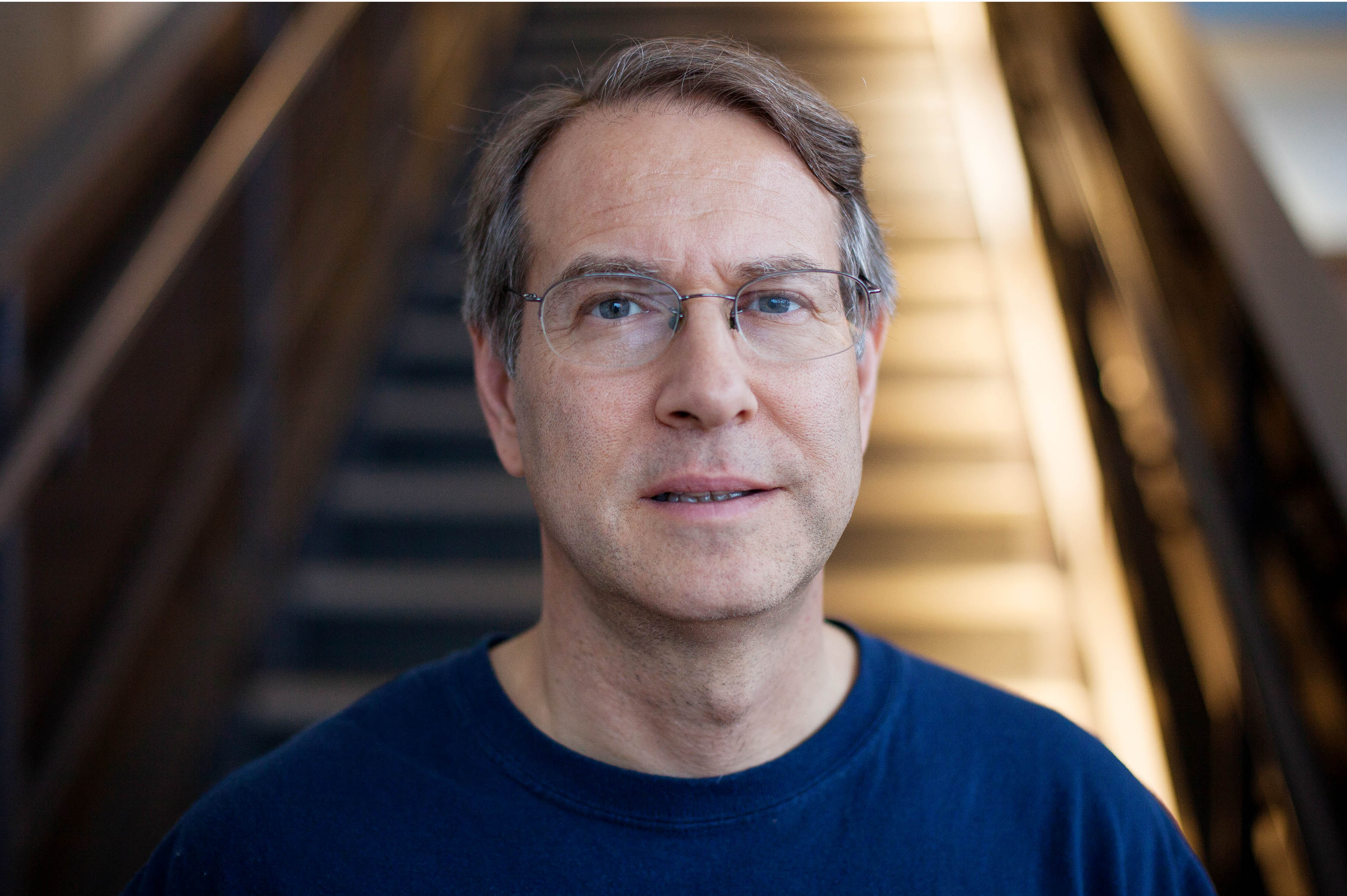 31 years ago, at the end of Prof. Kim Winick’s first semester of teaching, he collected the paper exams he’d given his students and left campus in the darkness of a late winter evening. On his way home, he swung by Kroger to pick up a few groceries. It was when he was unpacking his last bag of items on his kitchen counter that he realized he’d forgotten something in the basket of the grocery cart: the entire stack of exams.

As he raced back to Kroger, Winick proceeded to think of any and all explanations he could give his students about what happened to their final exams. Fortunately, he never had to use any of them, for the exams were still settled in the grocery cart – forgotten but not lost.

Winick told this story at his retirement reception to emphasize that everyone, even professors, make mistakes, and making mistakes is a crucial part of life.

“As Winston Churchill once said, ‘Success is the ability to go from one failure to another with no loss of enthusiasm,’ and I think that pretty much sums it up,” Winick said. “Thus, I would say I have had a very successful career, since I am more enthusiastic than ever about technical work, intellectual life, and education.”

Winick said Neuhoff really impressed him and made him feel like U-M actually cared about their graduate students. He went on to earn both his M.S. and Ph.D. degrees in Electrical Engineering from U-M in 1977 and 1981, respectively. 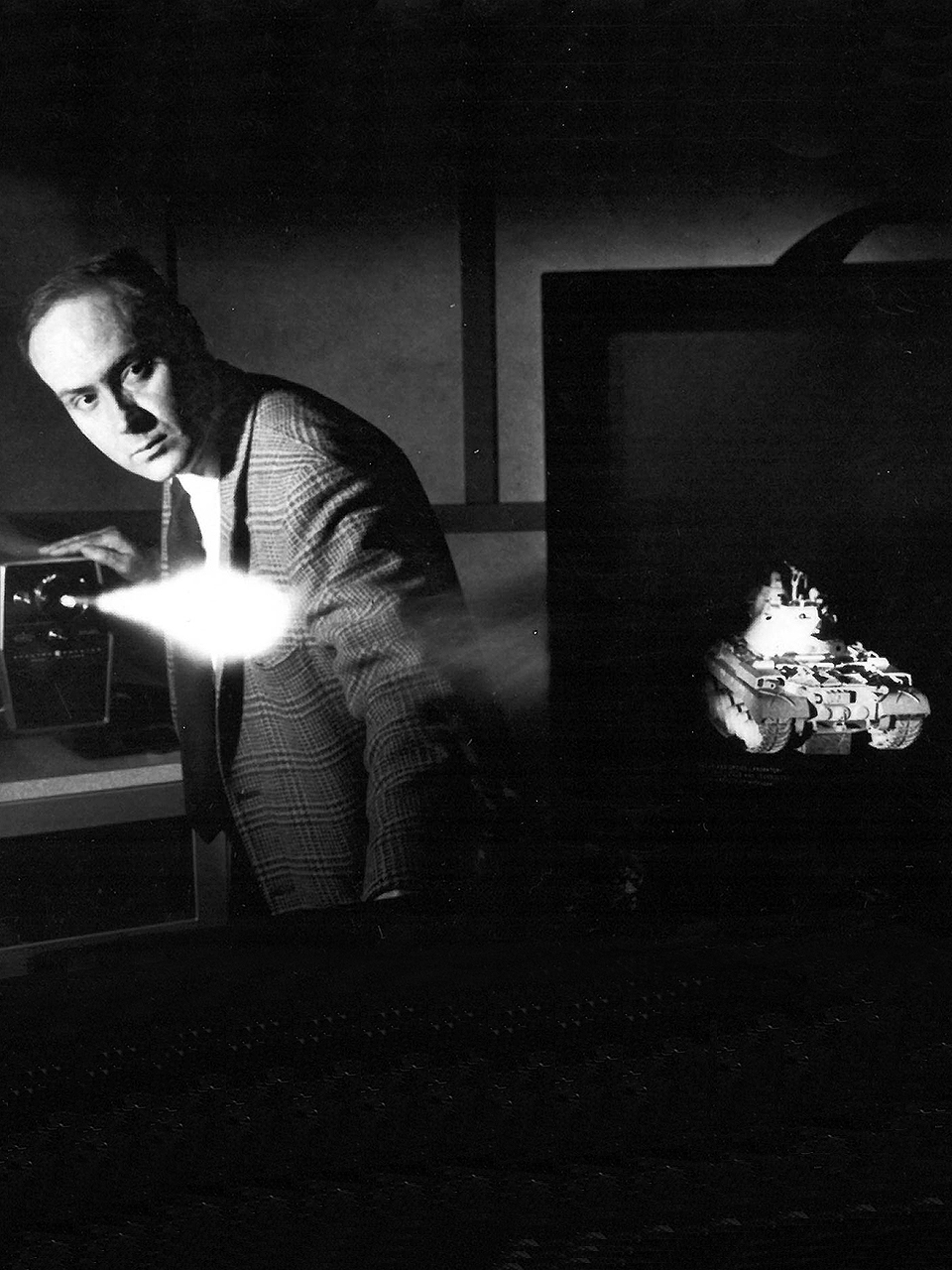 As a graduate student, Winick’s advisor was Emmett Leith, the inventor of practical holography along with Juris Upatnieks. Leith’s impact on optics is world-renowned, and Winick ranks him as one of the most famous people to have ever come from our department. Winick remembers him as a kind, funny, brilliant, and unique individual.

“Emmet was a very humble person,” Winick said. “He was also pretty eccentric. He drove beat up cars. When the doors would start to squeak, he would oil them with motor oil. If you weren’t careful getting in and out of the car and you brushed against the door, you would have this huge streak of oil on your pants.”

Winick did much of his Ph.D. research at the Environmental Institute of Michigan (ERIM), formerly the University of Michigan Willow Run Laboratories. Started in 1946, Willow Run Laboratories did pioneering work in remote sensing, radar and optics. At Willow Run Labs, Leith and his colleagues developed holography and optical processing for synthetic aperture radar. Winick worked closely with several ERIM scientists, including Dr. Jin Chang, one of Leith’s former Ph.D. students.

After he graduated U-M, he joined the Massachusetts Institute of Technology Lincoln Laboratory where he worked as a member of the technical staff on projects involving microwave and optical communication satellite systems. After seven years at MIT, Winick returned to U-M to join the Department as an Assistant Professor. He was promoted to an Associate Professor with tenure in 1994 and became a full Professor in 2005.

Winick’s research interests have focused on glass and crystal integrated optics, nanophotonics, communications, and information theory. He and his colleagues and students were among the first to refine and apply a technique using ultrashort laser pulses to fabricate optical devices that is widely used today. He also made substantial contributions to active and integrated optical devices in glasses and crystals, and he’s a Fellow of the Optical Society of America (OSA).

One of Winick’s strongest legacies at Michigan is his teaching and advising. Winick served as the Chief Program Advisor for Electrical Engineering for many years. He taught a dozen different undergraduate and graduate courses, and he revised the first required undergraduate Systems course and developed all its accompanying labs. 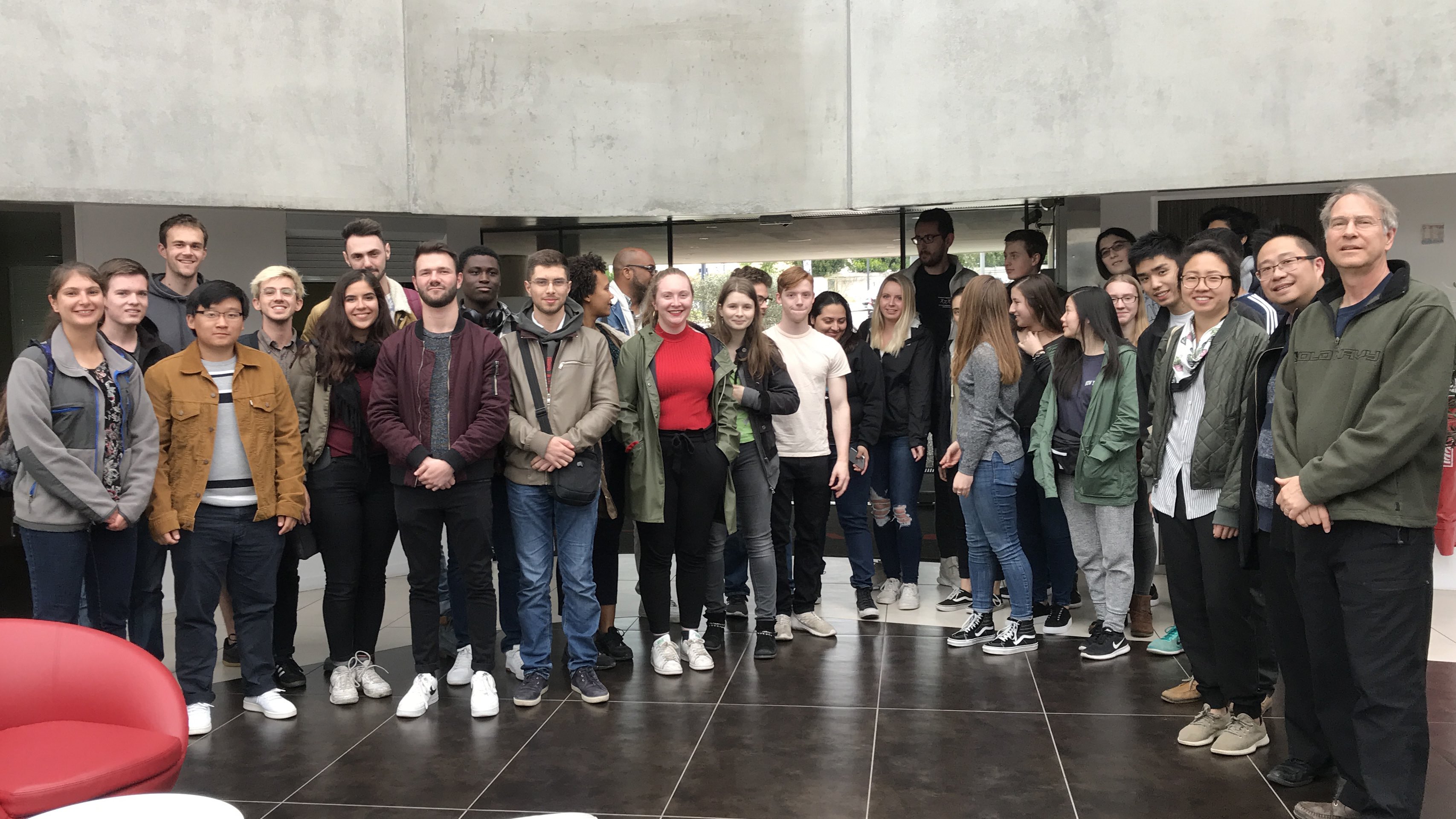 IMAGE:  Winick (far right) and his students during the study abroad program in Paris, France, this past spring.

As a professor, he is known for his attention to detail, organizational abilities, enthusiasm, and sense of humor.

“He’s unlike any professor I’ve ever had in terms of how much effort he puts into his teaching,” said Roy Blankman, a former undergraduate student of Winick’s who runs his own software consulting company called Boustrophedon. “He had extremely thoughtful homework assignments that never felt like busy work, and his lectures were always interesting and thought-out. I’d say he’s the best teacher I had at the university.”

What’s more, Blankman said that Winick held his students to high standards, and that was very motivating.

“He treats everyone as though he expects them to be a top student, and I think people rise to the occasion because of that teaching style,” Blankman said. “He really believes in you.”

A conscientious professor, Winick encouraged students to find their own way. His philosophy was that half of learning is struggling with a problem, and learning how to approach the problem is as important as finding a solution.

“He didn’t micromanage, and that gave me the freedom to explore and find my own answers,” said Catalin Florea, a former PhD student of Winick’s who is now Lead Optical Systems Engineer at Honeywell.

Winick demanded a high degree of integrity and work ethic from his students. He emphasized that you don’t publish papers just to publish them – you need to justify publication with solid results that add something to the field, an attitude that Florea especially appreciated.

“He really made a difference in the lives of the grad students who worked with him,” Florea said. “He’s a cool cat.”

I’d say he’s the best teacher I had at the university.Roy Blankman
Tweet

But Winick’s impact on his students goes far beyond research and academia-specific issues. He’s also known for being extremely approachable and compassionate.

“He’s a very kind, helpful, and warm person,” said Jaeyoun Kim, a former PhD student of Winick’s who’s now an Associate Professor in Electrical and Computer Engineering at Iowa State University. “He cared a lot about my family, and he’d invite us over. I could come to him for advice on stuff other than academic affairs.”

Winick worked to broaden his students’ horizons far beyond engineering. In his undergraduate classes, he not only taught the technical aspects of the subject, but he also explained the history behind each invention or discovery. Blankman remembers Winick taking extra time in his office hours to explain the entire context of a solution, including who discovered it and how it impacted science on the whole. Blankman said this gave him the tools and perspective needed to tackle future problems outside of Winick’s class, as well as a greater appreciation for how different concepts are connected.

“Without seeing why and where some of this information developed, students just think it came out of thin air,” Winick said. “The origin is often quite interesting.”

But Winick did more than just expand horizons in the classroom – he also got students out of the classroom and into new environments that exposed them to life beyond the lab. 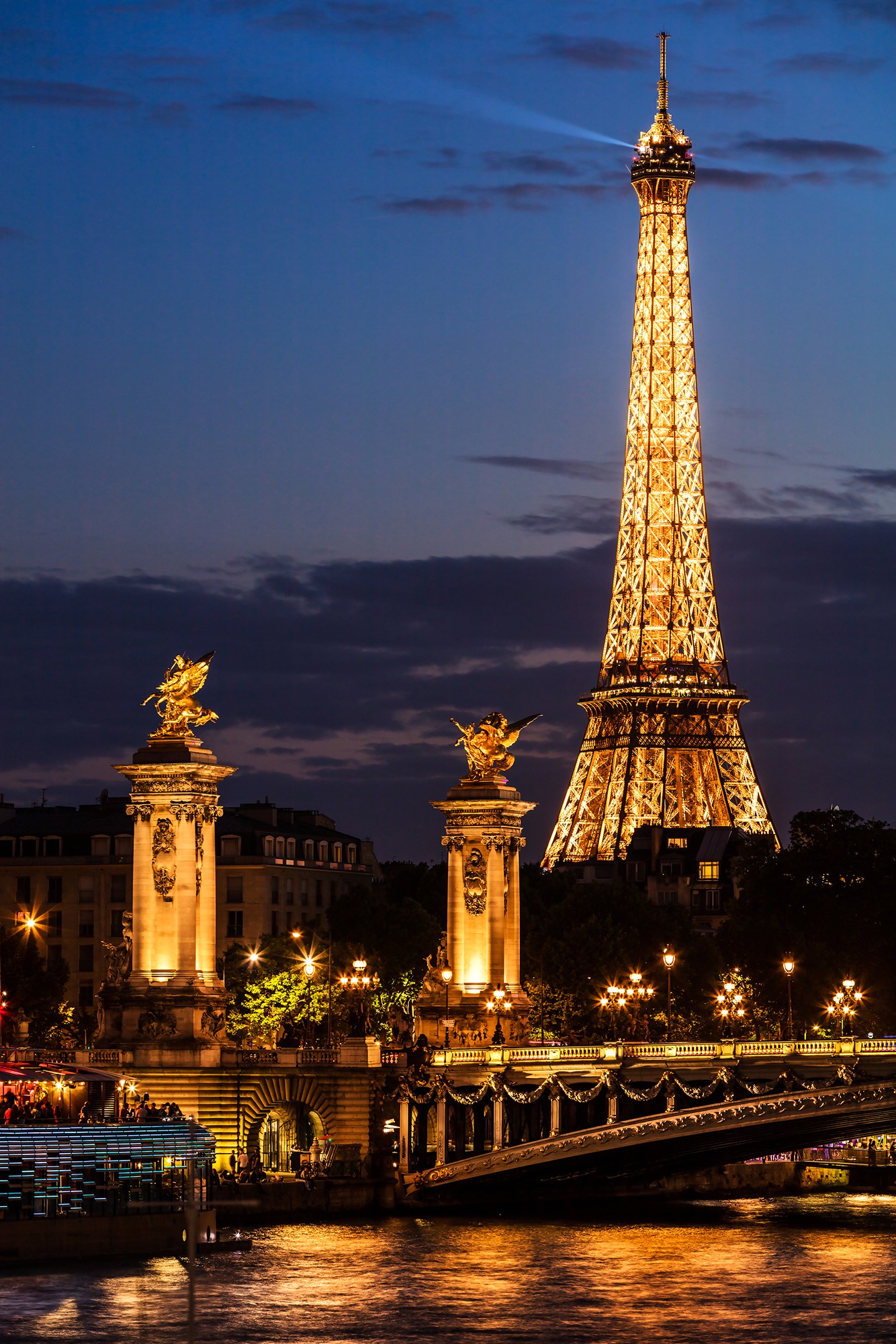 Winick helped create a study abroad program for U-M engineers that is taught in France each summer, which is part of U-M’s College of Engineering International Programs in Engineering (IPE). As part of this 6 week long spring program, students take a course in probability (taught by Winick and/or his U-M colleague Prof, Stark) as well as courses on French language and culture. Winick is a strong proponent of study abroad programs, for he believes such programs are important to a student’s overall experience and education.

“If you haven’t traveled overseas, you may have a very narrow view of what the world is like,” Winick said. “The program we teach is 35 minutes outside Paris on the rail line, and Paris is an amazing city. For the students, it’s just a phenomenal experience.”

The trip includes tours on the Seine and visits to stunning landmarks, including Mont St. Michel. They also visit the beaches of Normandy and walk among the 10,000 tombstones.

“Travel opens your eyes,” Winick said. “You become more educated and cultured, which is why people come to universities, right?”

While Winick is looking forward to retirement, he has no plans to stop working. He hopes to finish writing some textbooks, continue doing research, and perhaps return to teaching every once in a while.

“The staff, students, and colleagues that we have here are fabulous,” Winick said. “It’s the best group of people I have ever met, and my successes at U-M can be attributed in large part to them.”

While he’s excited to pursue more leisurely activities, he emphatically states that he has no plans to move to Florida, he won’t be sailing around the world, and he will absolutely not be taking up yoga.

“The older one gets, the more one realizes that friends and relationships are the heart of the satisfying life,” Winick said in farewell, addressing his friends, colleagues, and former students at his retirement reception. “It has been a distinct honor to help educate the next generation, and as John Wheeler, the famous physicist, once said, ‘We all know that the real reason universities have students is in order to educate professors,’ and that is indeed true. Thanks again for making my time at U-M great fun. Go blue!” 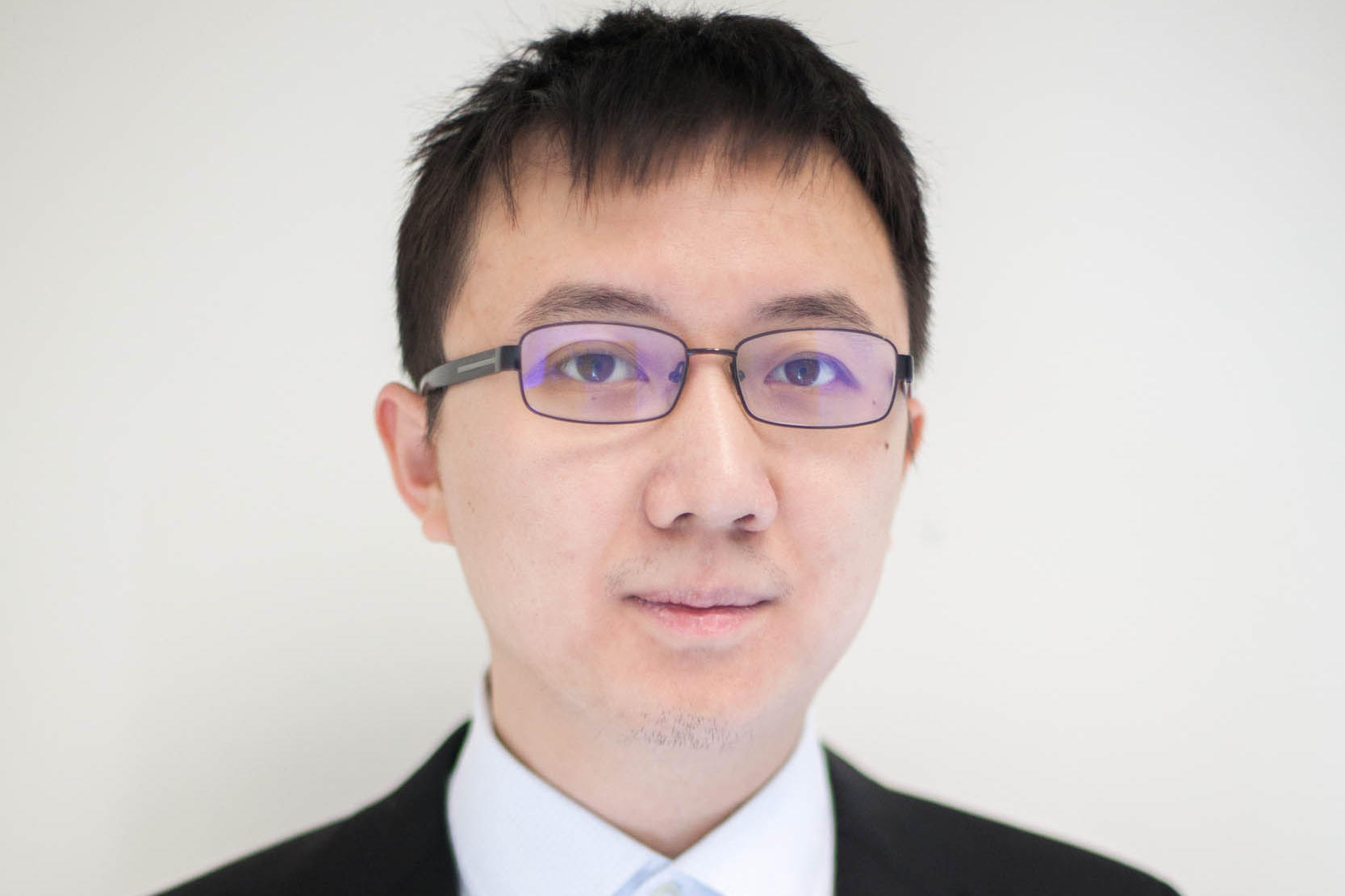