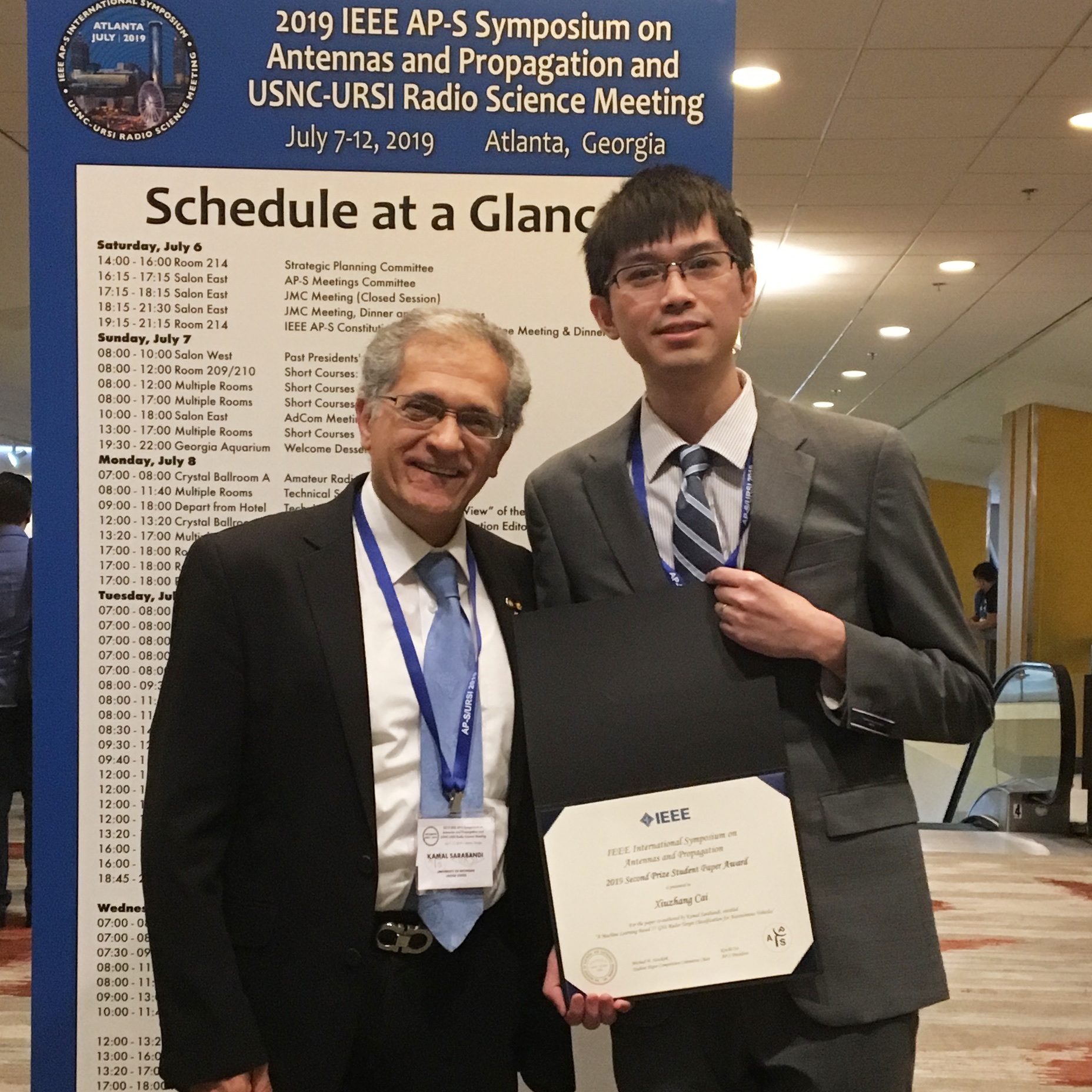 IMAGE:  Prof. Sarabandi with Xiuzhang Cai at the award ceremony.

The results of the competition for best student papers presented at the 2019 IEEE International Symposium on Antennas and Propagation and USNC-URSI Radio Science Meeting have been announced, and Michigan electrical and computer engineering students took one of the top prizes and five honorable mentions.

AP-S/URSI is the premier international forum for state-of-the-art research in antennas and propagation and radio science. The impact of this research includes 5G communication, wireless networks, sensing and imaging systems, and autonomous vehicles.

Overall, there were 10 finalists, three of whom were prize winners, and 38 honorable mentions from the approximately 300 papers in the running. The worldwide researchers came from academia and industry.

The following individuals received Honorable Mentions for their research:

Historical sidenote with a Michigan connection:

An early history of the society, “The IEEE Antennas and Propagation Society 1949-1982,” was prepared by former Michigan faculty member and director of the Radiation Laboratory Ralph Hiatt in 1984, four years after he retired. URSI was founded in 1919.