July 2, 2019
Yeimy Rivera joins a team from the UCAR High Altitude Observatory that will analyze the Sun's magnetic field during the Solar event. | Short Read
Enlarge 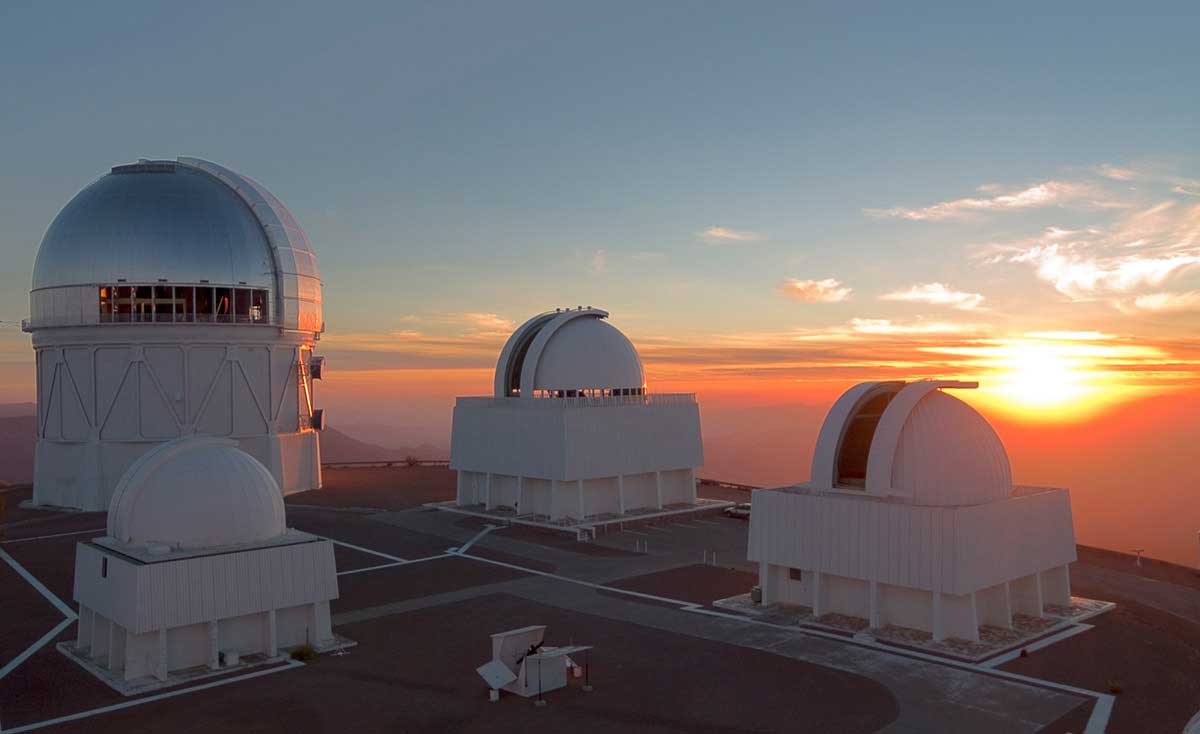 Yeimy Rivera, a Ph.D student in the Climate & Space department is part of a research team currently in Cerro Tololo, Chile conducting solar physics observations during the total solar eclipse today. The eclipse will travel from west to east across the South American continent, passing directly over the National Science Foundation’s Cerro Tololo Inter-American Observatory (CTIO) in Chile.  Cerro Tololo is a complex of astronomical telescopes and instruments located at an altitude of 7200 feet and part of the AURA-managed National Optical Astronomy Observatory (NOAO).

Yeimy tells us,  “…[our team from] the High Altitude Observatory is led by Principal Investigator Dr. Paul Bryans. The team will analyze the Sun’s magnetic field using polarimetric images of the Sun’s corona in near-infrared light. This project will complement the NSF-funded AIR-Spec observations that will simultaneously measure the spectra from an airborne platform.” According to the HAO site, “One goal of the eclipse expedition is to determine the coronal magnetic field during the eclipse. To do this, the team will use a cryogenically-cooled infrared camera to measure the polarization of Si X emission in the solar corona. If successful, these will be the first measurements of their kind. ”

The Association of Universities for Research in Astronomy (AURA) is a consortium of 46 US institutions and 4 international affiliates that operates world-class astronomical observatories for the National Science Foundation and NASA. AURA is responsible for the successful management and operation of its five centers: the Gemini Observatory; the Large Synoptic Survey Telescope (LSST); the National Optical Astronomy Observatory (NOAO); the National Solar Observatory (NSO); and the Space Telescope Science Institute (STScI).

AURA provided access to the CTIO during the eclipse to astronomers from around the world through a competition judged by solar physics experts from the National Solar Observatory. International teams of scientists applied for space on the mountain and now, five top-notch teams have been awarded access to this fantastic location to study the total eclipse. Each proposal was reviewed on its scientific originality, technical feasibility given the remote location and winter weather, and the impact the research will have locally or internationally.