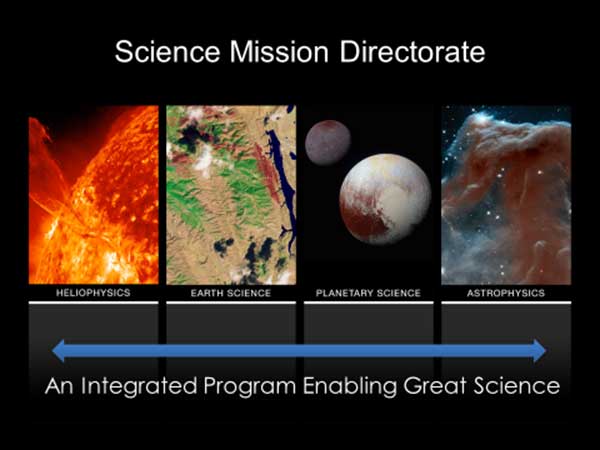 Four graduate students in the Climate & Space department have been named as grant recipients under a new highly competitive NASA program designed to be an incubator for future principle investigators.

Since 2007, NASA’s Science Mission Directorate’s (SMD) four science divisions (Earth Science, Heliophysics, Planetary Science, and Astrophysics) at NASA Headquarters in Washington, DC, have supported graduate student-initiated research through the NASA Earth and Space Science Fellowships (NESSF). This year, however, the SMD is inviting proposals for graduate student research under the new Future Investigators in NASA Earth and Space Science and Technology (FINESST) solicitation. The program is open to Masters or PhD student in Earth and space sciences.

Below is a list of the winning proposals, future investigators, and their academic advisors.

Summary from Austin Glass:
“Using data collected from the Climate & Space department’s Fast Imaging Plasma Spectrometer at the planet Mercury, in combination with the BATSRUS MHD model developed in Climate & Space, Austin will, over the next 3 years, perform a comprehensive analysis of Mercury’s nightside space and planetary environment. His work will first focus on exploring connections between the planet’s space plasma environment and planetary magnetic substorms. These connections, once fully understood, will then allow a deep dive into the open questions of whether and how high-energy plasma impacts onto the nightside of the planet, work undertaken in an effort to better understand the origins of Mercury’s extremely tenuous atmosphere. Finally, modeling will reveal the connections between the nightside plasma/magnetic environment and Mercury’s molten core; previous work has shown that the planet itself is highly responsive to external conditions on the dayside, but this work will establish once and for all whether this responsiveness can be seen across the entire planet.”

Statement from advisor Jim Raines:
“I am thrilled that we won this fellowship for Austin’s doctoral research.  He wrote an excellent proposal which described important work. This research will really further our understanding of the way ions from the solar wind interact with Mercury’s surface and the way that interaction depends on space weather conditions.”

Summary from Colten Peterson:
“Clouds play an important role in the Arctic climate system by warming the surface through the absorption and emission of infrared radiation. The cloud’s phase, or whether it is composed of ice crystals or liquid droplets, can influence the overall radiative impact. Given the lack of ground observations in the Arctic, satellite measurements are needed to further understand the complex seasonal and spatial distributions of Arctic cloud phase. However, current satellite cloud phase estimation techniques have significant limitations, especially in the Arctic.
“In my proposal, I described a method of utilizing a part of the infrared spectrum called the “far-infrared” to discriminate Arctic cloud phase from the satellite level. Far-infrared radiation that is emitted into space carries information about cloud phase and is particularly useful in the cold and dry polar regions. Historically, no satellite instruments have made measurements in the far-infrared with narrow channels, but that will soon change with the upcoming NASA PREFIRE mission. Given the historic opportunity that PREFIRE represents, it is pertinent for the scientific community to begin developing cloud phase discrimination algorithms that use the far-infrared. In my selected proposal, I describe a strategy for developing such an algorithm. I intend for my algorithm to benefit future far-infrared missions and improve our current methods of cloud phase discrimination. Improving our knowledge of Arctic cloud phase across this vast region will help us to understand the role of Arctic clouds and how that role will evolve as the Arctic continues to rapidly change.”

Summary from Daniel Vech:
“The proposed investigation will use new measurements from Parker Solar Probe to understand the radial dependence of solar wind heating and turbulent dissipation. In the solar wind and solar corona the energy of magnetic fluctuations is continuously converted into heating of protons, electrons and minor ions.  Several competing theories have been developed to describe these phenomena, which are very difficult to compare using measurements from the orbit of Earth since the signatures of the heating mechanisms get diluted as the solar wind propagates away from the Sun. In November 2018 Parker Solar Probe approached the Sun closer than any other spacecraft before and provided data from a previously unexplored region of the Solar System. We will study high cadence solar wind proton/electron and magnetic field measurements to understand the nature and radial dependence of small-scale structures (approximately 100-500 km), which directly contribute to the heating of the solar wind.”

Summary from Zihan Wang:
“In the upper atmosphere, where dense neutrals share the same space with ionized particles, there exists a “freeway” for ionized particles, where their speed could reach thousands of kilometers per second. This region is often called Sub-Auroral Polarization Streams (SAPS).  The main idea of this proposal is to study the formation and dynamic evolution of SAPS during space weather events using the state-of-art numerical models of the geospace system developed in house as part of the Space Weather Modeling Framework (SWMF).”

Statement from advisor Shasha Zou:
“SAPS is one of the most prominent features in the geospace system, reflecting the complex and intimate coupling between the Earth’s shielding magnetic bubble, i.e., the magnetosphere, and the upper atmosphere. Zihan’s proposed work will offer a much-improved understanding of the SAPS related ionospheric electrodynamics during space weather events.”