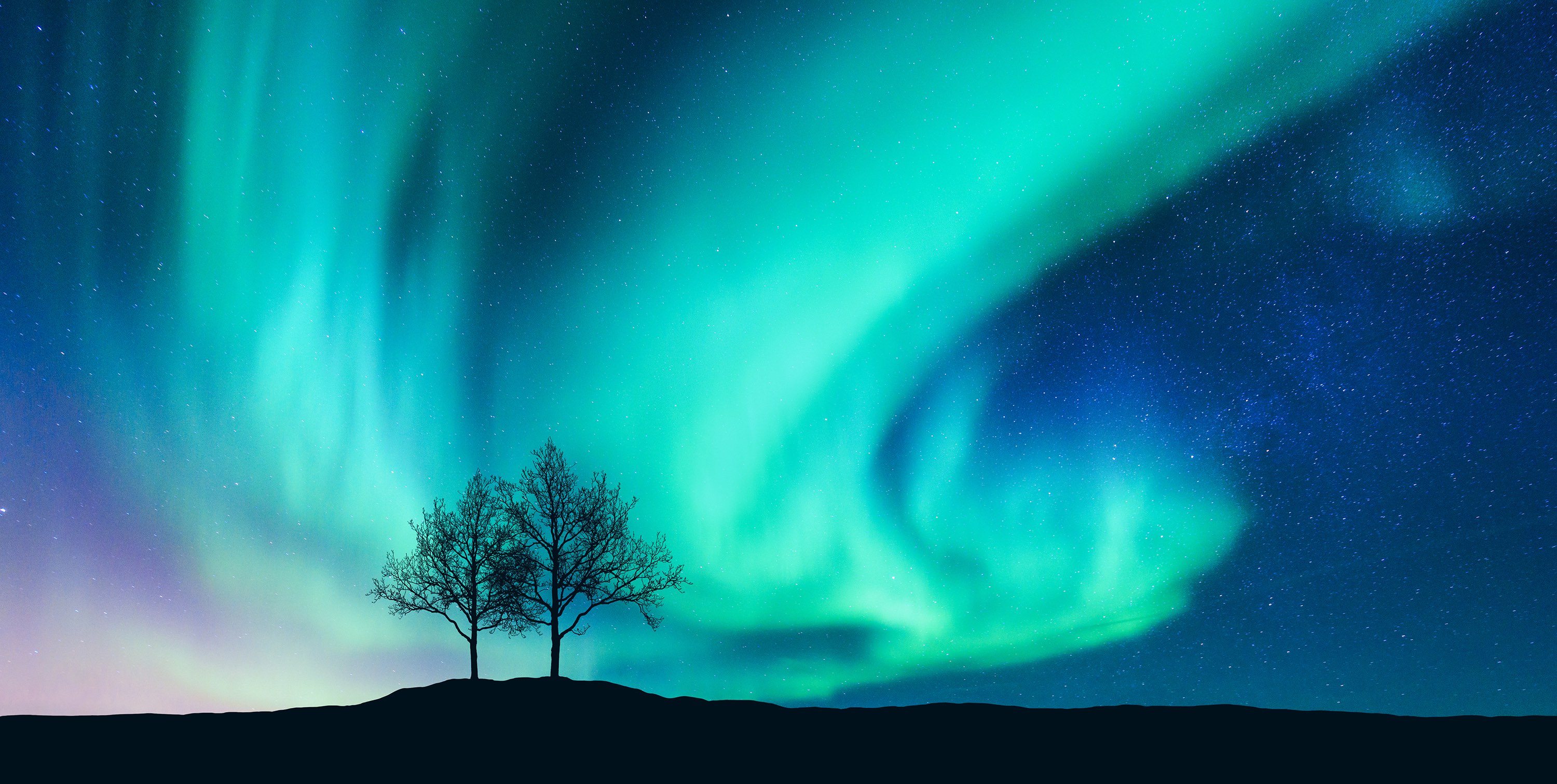 Plasma physics can help us understand solar flares, auroras, and other space phenomena, but it’s just as relevant on Earth. Plasma is the fourth state of matter that consists of an ionized gas and contains electrons and ions that respond to electromagnetic fields. Plasma displays, like plasma TVs, use small cells of plasma to illuminate images, but plasma is also found in fluorescent light bulbs, and Fusion reactors use plasma to fuse atoms to release energy.

The interactions among the electrons, ions, and fields in plasma is complex, dynamic and often difficult to predict. With the help of the T-cubed laser and HERCULES, housed at the Center for Ultrafast Optical Science, and other external facilities such as the OMEGA EP laser at the Laboratory for Laser Energetics, Prof. Louise Willingale works to deepen our understanding of these interactions.

“We use intense laser pulses as a tool,” Willingale says. “We heat plasma to investigate how the electric and magnetic fields transfer their energy into particle kinetic energy to study instabilities and try to see how the plasma reacts in different situations.”

To do this, Willingale first uses the laser light to produce a plasma. She’s then able to study processes like magnetic reconnection, which is the breaking and reconnecting of oppositely directed magnetic field lines in a plasma. This process is central to some of the most awe-inspiring and spectacular space anomalies, including solar flares and the famous Northern Lights, but it can also inform us about many other kinds of spatial phenomena, such as the structure of pulsar jets and effects associated with neutron stars.

“It’s obviously not possible to recreate a neutron star in a space of a few microns,” Willingale says, “so our idea is to recreate some of the physical processes but on a tiny scale. We can then make inferences about the dominant processes happening much further away and on a much larger scale.”

Willingale also works on laser-driven ion acceleration, which is a secondary process in the laser-plasma interaction. 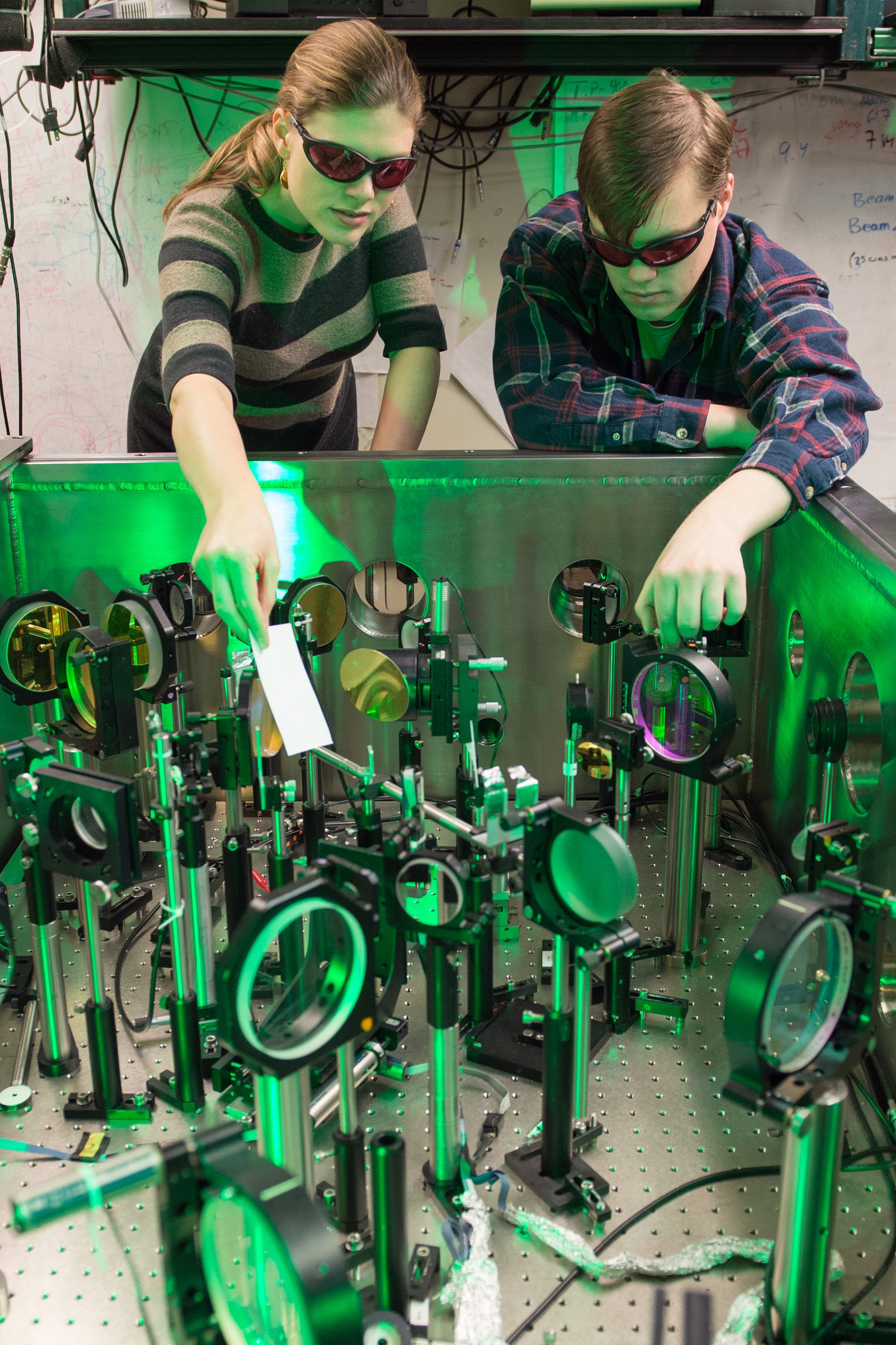 “First, we heat the electrons, which are the lighter particle so they respond directly to the laser fields,” Willingale says. “Then the electrons move to set up electromagnetic fields, and then finally we can make the ions move on a longer timescale. For me, what’s interesting are the processes that happen along the way and how those affect the acceleration.”

One possible application for these ion beams are for hadron therapy, also known as proton therapy or proton radiotherapy. It’s a type of particle therapy that uses a beam of protons to irradiate diseased tissue, and it’s a well-established method for treating tumors. Willingale’s research could help improve the effectiveness of hadron therapy while making it more cost-effective.

“If you had a relatively small tabletop laser system, the source of the ions would be closer to the patient, so radiation shielding, and therefore cost, would be reduced,” Willingale says.

One of the biggest potential applications of plasma research involves fusion power. Fusion power could change the energy industry completely, providing a reliable, powerful, clean energy source that could power the world for hundreds of millennia. Fusion power would generate electricity by using heat from nuclear fusion reactions, but this is very difficult to do.

One approach is inertial confinement fusion. A small fuel pellet is squeezed to incredibly high densities and temperatures, to effectively create a miniature star. The National Ignition Facility creates the conditions required for fusion using many laser-plasma interactions. Willingale uses laser-driven proton beams as a diagnostic for electromagnetic fields generated during the individual laser-plasma interactions.

“Measuring the deflection of the charged protons allows us to measure the fields within the dense, hot plasma,” Willingale says. “We can then validate numerical models and their assumptions or identify where further physics needs to be included.”

For many of her experiments, Willingale uses lasers that were designed by Gérard Mourou, the A. D. Moore Distinguished University Professor Emeritus, who was one of three recipients of the 2018 Noble Prize in Physics.

“It’s a pretty exciting time right now, because Gérard won the Nobel Prize,” Willingale says. “There is a lot of momentum in the community to decide what are the next big science questions. It’s exciting for me, because there should be new physics to measure.”

One of the ways Willingale’s group is hoping to advance the field is by upgrading their current lasers to be even more intense. The HERCULES laser, the most intense laser in the world, is currently undergoing an upgrade so it will operate with half a petawatt of power.

“Doing this should allow us to cross the threshold and access a new regime where quantum electrodynamic processes, like pair production and radiation reaction, will alter the collective effects within the plasma,” Willingale says. “It’s really exciting to hear all about the theoretical work and the simulations predicting what we might be able to do experimentally.”